‘We are not happy with this party image. I was very surprised’: Thomas Tuchel annoyed with Paris Saint-Germain players after videos of extravagant party go viral

But they hadn’t just won the Champions League.

The video of a party in Paris, held Thursday night to celebrate the February birthdays of Cavani, Angel Di Maria and Mauro Icardi, caused a stir after it went on social networks. 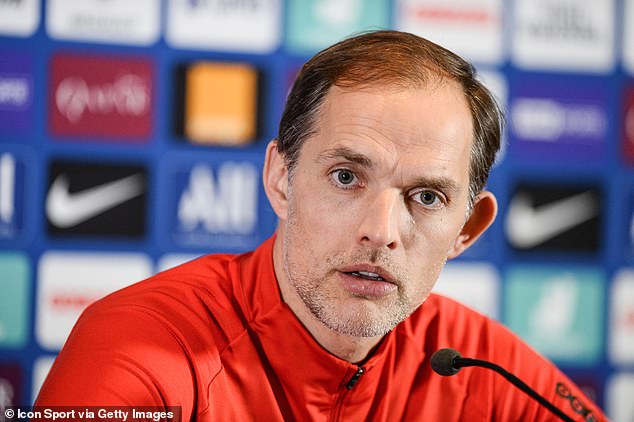 PSG coach Thomas Tuchel was shocked to see it.

Not least because the party came two days after a 2-1 defeat away to Borussia Dortmund in the first leg of their last-16 match in the Champions League. PSG struggled and could have lost more heavily.

‘I was really surprised by this video (when I saw it) yesterday afternoon, this way (of behaving). Really surprised,’ Tuchel said Saturday. ‘You can be sure we spoke about it within the club and it’s better if it stays within. I would rather not talk about it here.’

Tuchel looked visibly disappointed at a news conference ahead of Sunday’s home game against Bordeaux. Speaking at the same news conference, but separately from his coach, defender Marquinhos gave an ambiguous response – finding fault only with the fact the video went out. 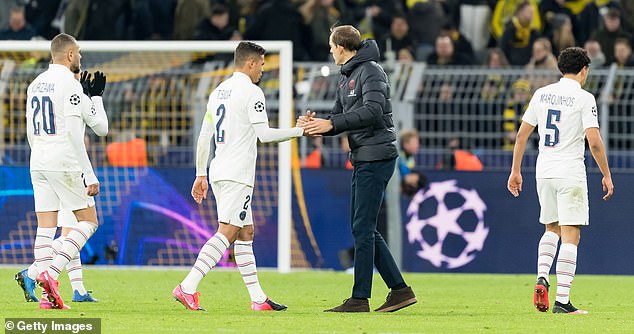 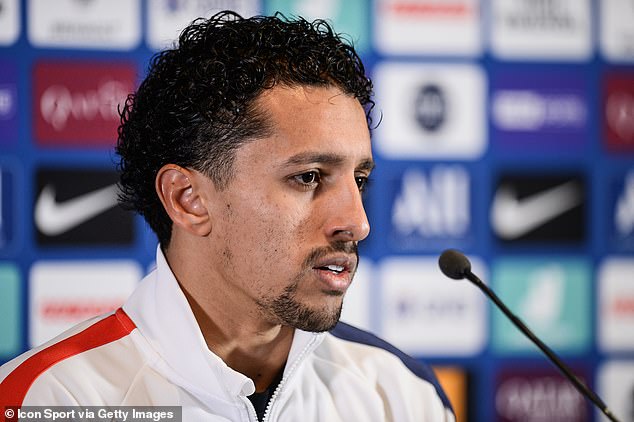 ‘It’s true that it was a mistake to release images like that. We all agree and we’re all conscious of that,’ he said. ‘But it was a birthday (celebration) which had been planned before the game. It wasn’t linked to the result.’

Marquinhos feels the players had a right to let off steam, yet says he understands how the fans reacted at seeing unbridled joy so soon after a poor performance.

It didn’t look that way on the video.

Neymar dances up and down, after only recently returning from injury, while Cavani exuberantly twirls his shirt above his head as if scoring the winner in the Champions League final.

Neymar then falls into the arms of Cavani and goalkeeper Keylor Navas in an emotion-fueled hug. Players show off their dance moves, and then they all pose in a group photo. 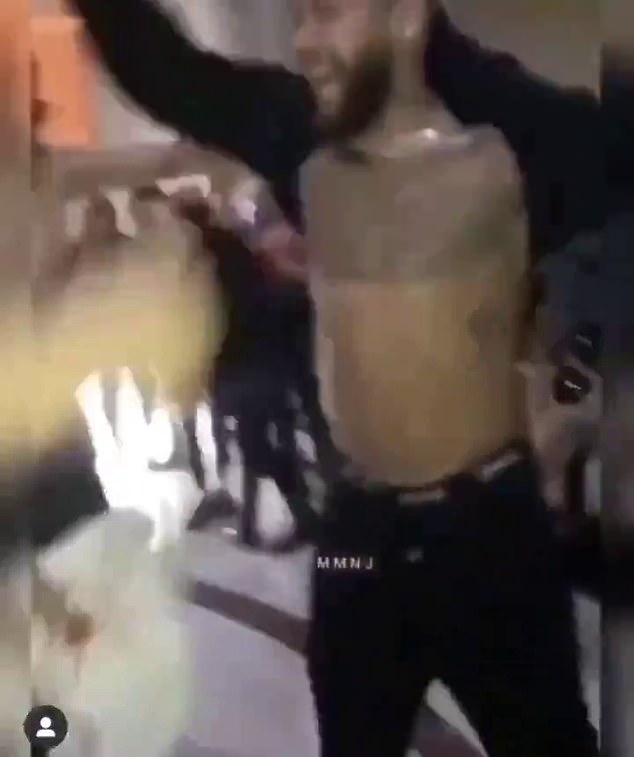 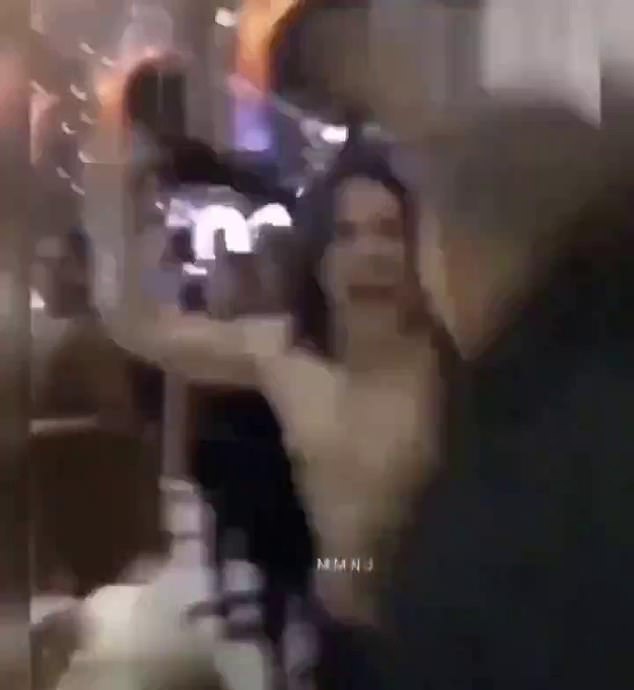 It smacked of an unwelcome deja vu.

Two years ago, PSG’s players had filmed themselves in wild party mode at Neymar’s birthday bash in early February. It was two days before a domestic game and not long before the first leg of a last-16 clash in the Champions League against Real Madrid. PSG lost both legs and went out.

The club has urged a far more disciplined approach this season. Neymar’s 28th birthday party three weeks ago was more discreet, with players leaving their phones in the cloakroom so nothing could be posted online.

They forgot to put them away on Thursday night, and so Tuchel and the club’s hierarchy saw it all.

‘It was a day off, yes. It was private life, yes,’ Tuchel said. ‘But we are not happy with this party image. I was very surprised.’

There also seems to be a growing split between Tuchel and his players.

After the Dortmund game, Neymar hit out at the club for holding him back from playing in three previous games. The Brazilian said he had sufficiently recovered from a rib injury to be able to play.

Tuchel, who was snubbed by Kylian Mbappe after taking him off in a recent league game, was forced to defend the club’s stance on Saturday. 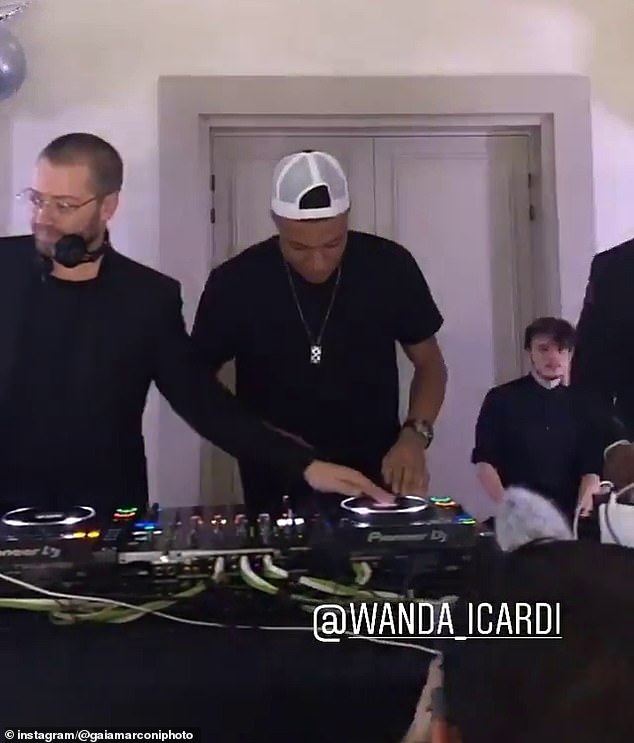 ‘It was a discussion between the doctors, the club and me, the coach. Imagine if we had let him play and the injury became worse and he’s out for three months,’ Tuchel said. ‘We’d be facing the same questions, no? You can’t say after a result (match) that it’s a mistake. You have to think about why we take the decisions.’

Tuchel was critical of his players’ attitude in the Dortmund game, saying they were ‘too scared of making mistakes.’

‘Did he say that, that we played with fear? Honestly I don’t want to comment. Scared, I don’t think so,’ he said, defiantly. ‘We have players who have won the Champions League, some who have won the World Cup. You can’t tell me players like that are scared of playing a match.’ 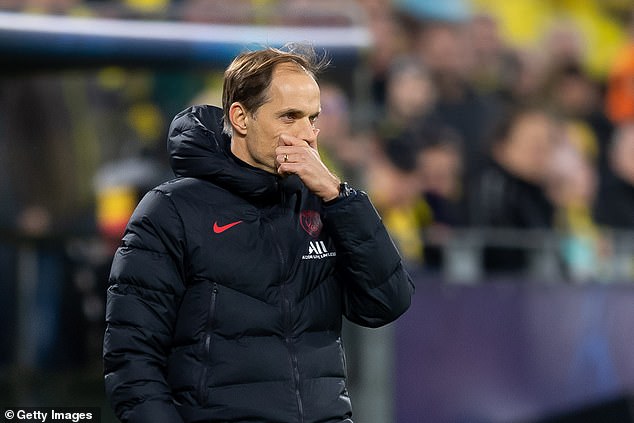 Against Dortmund it did seem to be the case and, after failing to reach the quarterfinals for the past three seasons, PSG is under huge pressure for the return leg on March 11.

‘We have to respond on the field,’ Marquinhos said. ‘Otherwise it’s going to be the same old talk, the same excuses.’

Tags: annoyed, PSG, Thomas, Tuchel, with
You may also like
Latest Posts