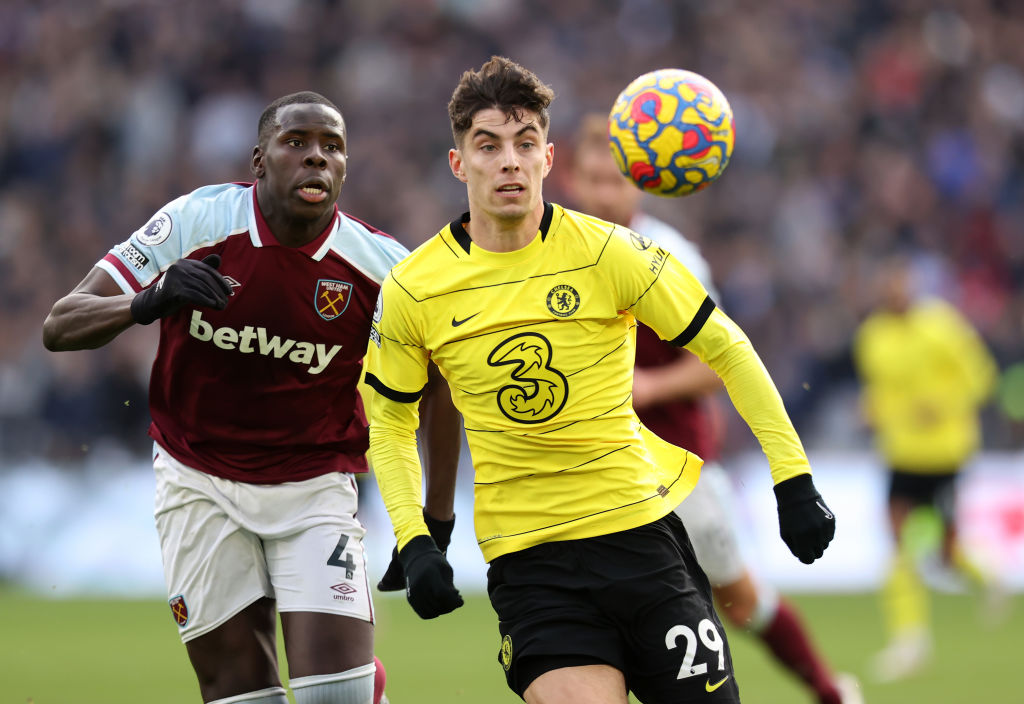 Thomas Tuchel has revealed Kai Havertz was left in ‘huge pain’ after being forced off injured during Chelsea’s defeat to West Ham United with Marcos Alonso also carrying a knock.

Havertz was left in discomfort following a challenge from former teammate Kurt Zouma during the first-half at the London Stadium, limping off for treatment shortly after.

The Germany international did not emerge for the second-half with Romelu Lukaku onto replace him.

Alonso, deputising for the injured Ben Chilwell, was also forced off during Saturday’s 3-2 defeat in east London with Christian Pulisic onto replace the Spaniard after 72 minutes.

Tuchel confirmed post-match that both changes were enforced with injuries in his squad mounting at an alarming rate.

‘Kai has huge pain. Marcos has back pain. It’s another two substitutes, two injuries. We have to deal with it,’ Tuchel said in his post-match press conference.

In addition to Chilwell, Chelsea lost Trevoh Chalobah to a hamstring issue during the midweek win over Watford with N’Golo Kante and Mateo Kovacic also on the injured list.

Recce James and Jorginho did return to the squad on Saturday after recent knocks but the Italy midfielder is still carrying a hip issue.

Defeat to West Ham saw Chelsea miss the chance to extend their lead at the summit of the Premier League and could finish the weekend in third if Manchester City and Liverpool win their games against Watford and Wolves respectively.