Timo Werner hopes his Carabao Cup goal against Aston Villa can put him back on track at Chelsea.

The Germany striker headed Chelsea into the lead on Wednesday night, only for Cameron Archer to level for Villa.

Kepa Arrizabalaga pulled off a fine penalty save before Reece James delivered the winning spot-kick as the Blues prevailed 4-3 in the shoot-out at Stamford Bridge. 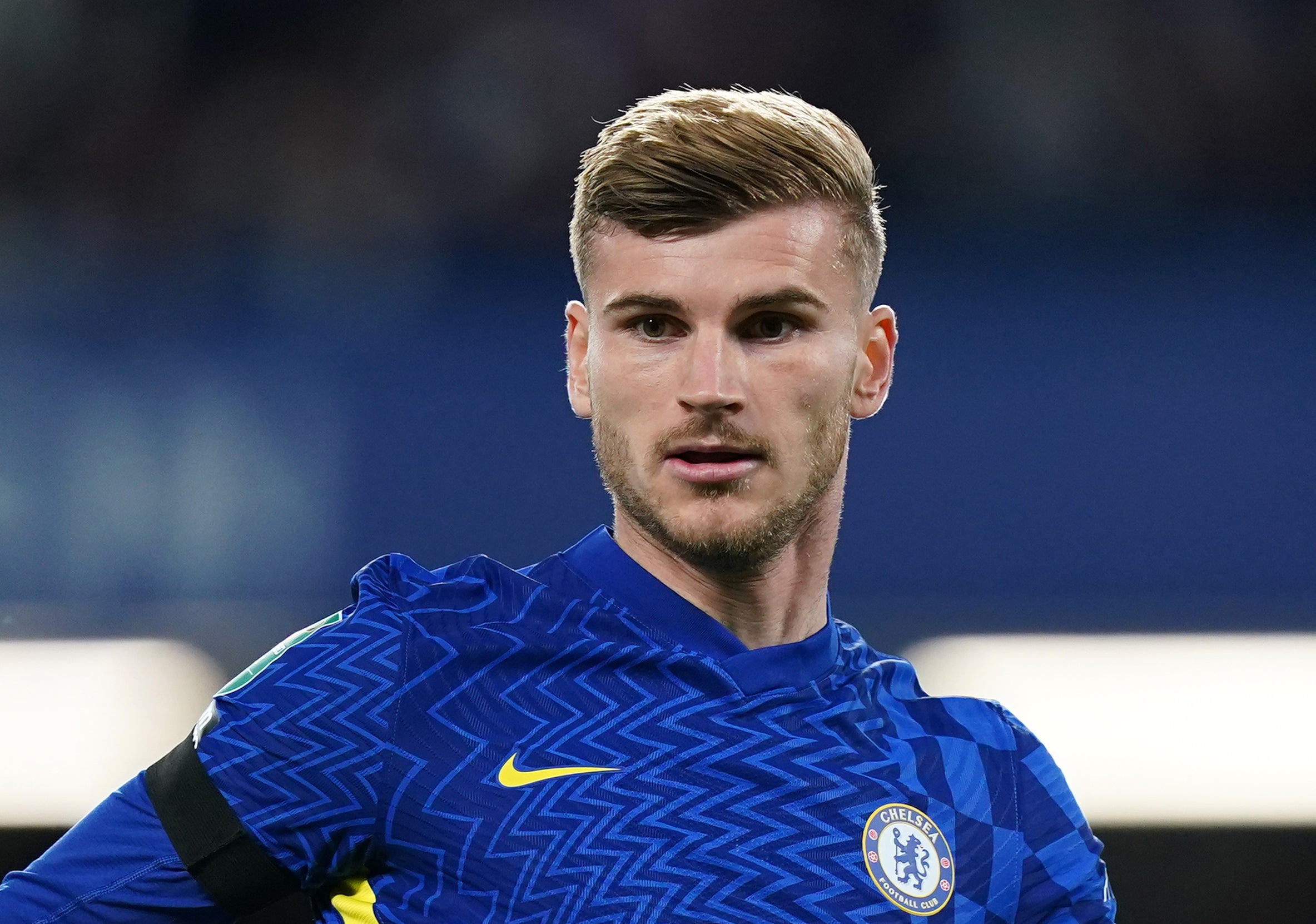 Werner admitted struggling at the start of the new campaign after a testing summer with Germany, but now hopes to get back to his best.

“It’s good to be back on the scoresheet, good to score at Stamford Bridge and I’m happy that I’m back on the pitch,” said Werner.

“I think that the last few weeks were not very easy for me, but every goal, every assist brings me back on track, so it was good for me and also for the team.”

Chelsea will now host Southampton in the Carabao Cup fourth round, while Thomas Tuchel’s side will entertain Manchester City in the Premier League on Saturday.

Spain stopper Kepa set a new penalty-save record for Chelsea, moving ahead of Petr Cech with seven in his time with the Blues.

The former Athletic Bilbao man was the hero in the UEFA Super Cup penalty win over Villarreal in Belfast in August too, leaving Werner suitably impressed.

Werner told Chelsea’s website: “Kepa is unbelievable in penalty shoot-outs. This season already he has saved us two opportunities to win titles. He’s a great guy and a great goalkeeper.

“I think both teams gave everything. Aston Villa were a very tough opponent and they showed why they are always very hard to play against. I think in the second half we were lucky to score an early goal, it gave us a little bit of a push, but 10 or 15 minutes after the goal we lost a bit of control when we conceded.

“After that we wanted to finish the game in 90 minutes, it was important. In the end it didn’t happen, but good penalties at the end saved us.”

Villa will look to move on quickly from their shoot-out loss, with an Old Trafford trip to face Manchester United next up on Saturday.

Full-back Matty Cash insisted Dean Smith’s side are itching to head up there and take on Cristiano Ronaldo and company.

Cash told Villa’s website: “They’re a good side, everyone knows how good Ronaldo is, so playing against him will be unreal and trying to stop him at the same time. We know their quality. We know they’re a great side, but we’re a really good side as well. We’ll go there with confidence and try to get a result.

“These are the games you want to play in. Old Trafford is a great stadium and playing against the big clubs is always nice because you want to win.”