Bryan Gil has been handed a lifeline by Tottenham manager Antonio Conte after being included in the squad for the tour of South Korea. Gil has failed to make any kind of impact following his transfer from Sevilla last summer, but escaped the cut which appears to have ended the Spurs careers of four other players.

Gil arrived in a swap deal which saw Erik Lamela sent to Spain last summer. Tottenham agreed to pay an extra £21.4million in addition to losing Lamela, meaning the 21-year-old winger arrived in north London with a weight of expectation. He has so far failed to live up to it.

He has contributed just one assist in 20 appearances for Spurs so far and was sent to Valencia on a six-month loan during the second half of last season. Things weren’t much better back in his native Spain, with just one assist forthcoming in 17 games, yet Conte appears willing to give him a chance to impress.

Gil travelled with Conte and the Tottenham squad to South Korea, where they were greeted by Son Heung-min in the airport on Sunday. He is perhaps a surprise addition, alongside midfielder Pape Matar Sarr, who spent the 2021/22 campaign on loan at previous club Metz after joining last summer. 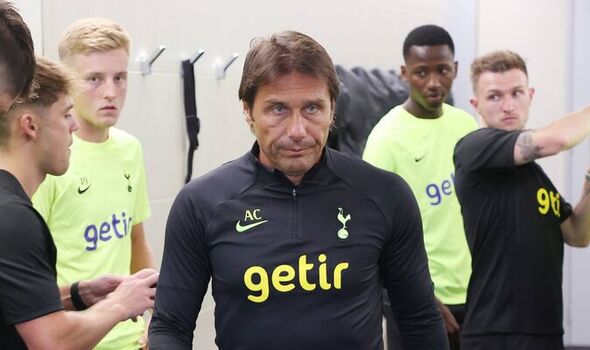 While Gil and Sarr are in Seoul, the same cannot be said of Giovani Lo Celso, Harry Winks, Sergio Reguilon, and Tanguy Ndombele, who have all been left behind in London to train by themselves at Hotspur Way. The quartet have all been made available for transfer by Conte, who has seen his hand strengthened by the club’s work in the transfer market.

Tottenham have signed five players this summer: Ivan Perisic, Richarlison, Fraser Forster, Yves Bissouma and Clement Lenglet. The first four have all travelled to South Korea, but Lenglet, who joined on loan from Barcelona on Friday, has been left behind because he does not have the paperwork required. 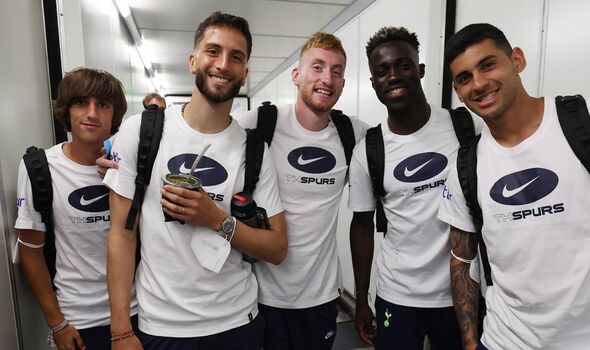 Joe Rodon is absent through illness, while youngsters Dane Scarlett and Alfie Devine have been granted extra time off after starring in England’s Under-19 European Championships victory. Conte’s side will play Team K League on July 13, before facing Gil’s former club Sevilla three days later.

Winks is the subject of transfer interest from Everton, Lo Celso could move permanently to Villarreal where he made an impression on loan last season, while Ndombele has been eyed by Paris Saint-Germain and Reguillon has emerged as a shock target for Barcelona, despite previously playing for rivals Real Madrid.