Tottenham manager Jose Mourinho has already been in contact with Real Madrid about the possibility of a summer deal for Eder Militao. The defender has struggled for game time this season, despite only arriving from Porto last summer, in a mega money move.

Spurs have been looking to sign a new centre-back this summer, with Belgian Jan Vertonghen seemingly nearing the end of his stay in north London.

Vertonghen’s contract is set to expire at the end of the season, although he may still decide to pen a new deal.

But, Mourinho has started to look for a replacement, in case the 31-year-old does leave Tottenham this summer.

He’s targeted a move for Brazilian centre-back Militao, as Mourinho believes there’s a place in his side for the youngster, according to ElDesMarque. 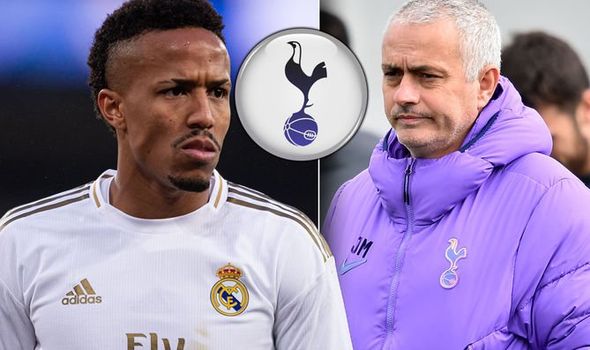 Militao arrived at the Santiago Bernabeu earlier this summer from Porto, in a deal worth £45million.

But, the 22-year-old has fallen to the back of the pecking order in north Madrid.

He’s behind both Sergio Ramos and Raphael Varane at Real Madrid, and has been forced to play out of position on the rare occasion that Dani Carvajal is injured.

If Tottenham were to sign Militao, Daniel Levy would likely have to break the club’s transfer record to seal his signature.

Zinedine Zidane is desperate to make a profit on Militao from his £45m move last year.

The club have told Mourinho that they’ll let him leave for £70m.

But, the Spurs boss is confident that he can lower Real Madrid’s value before the start of next season.

Militao has remained professional since making his move to Los Blancos, despite the lack of playing time. 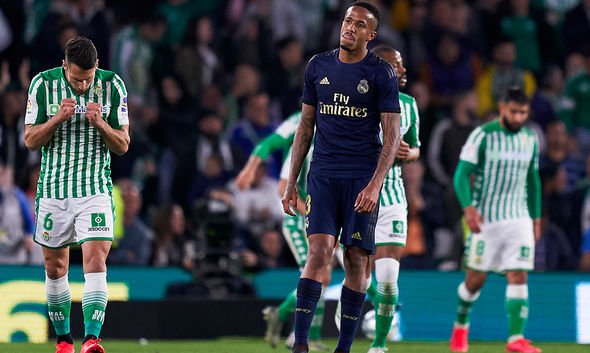 He’s determined to make the most of his brief game time at the Bernabeu before making a decision on his future.

The defender came under criticism on Sunday night as Real Madrid lost 2-1 against Real Betis.

He started the match as a right-back, and struggled to cope with Nabil Fekir throughout the tie.

While Carvajal should be back for the Champions League clash against Manchester City next week, it’s not clear whether Militao will get another chance in the team on Friday night, when Real Madrid host Eibar.

Meanwhile, Vertonghen has remained tight-lipped over his future at Tottenham.

He has previously admitted that he’s happy in north London, but he’s yet to put pen to paper on a new deal.

“I feel like everything I say will affect it in one way or another, so I prefer not to answer,” said Vertonghen, back in January.

“But I’m a happy man, I love the guys, life is good in London and at this great club. That’s all I want to say.”