Tottenham manager Jose Mourinho is reportedly interested in signing RB Leipzig forward Emil Forsberg at the end of the season. The 28-year-old’s agent has now revealed his admiration for the Spurs boss, amid interest from Manchester United.

His comments sparked further speculation about a potential switch the north London at the end of the season.

But, amid interest from a number of Premier League teams, including United and Everton, Forsberg’s agent saved a special mention for Mourinho.

He insisted that the manager is a legend of the game, and he’s not surprised that Mourinho in interested in his client. 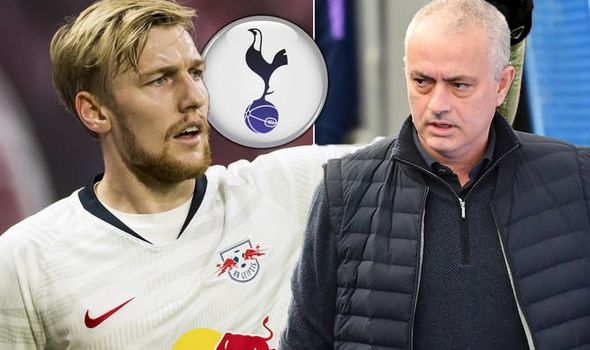 “It’s nothing that surprises me at all,” said Forsberg’s agent, Hasan Cetinkaya, when asked about Tottenham’s rumoured interest.

He told Swedish publication Expressen: “Mourinho is a great legend who has worked with Victor Lindelöf as well.

“Together with Victor, Forsberg is the biggest star in the national team and has caused total chaos in Leipzig.

“I’m not surprised. I can say this; everyone will soon see what will happen to Emil Forsberg.”

Forsberg has made it clear that he’s looking to leave the Bundesliga club this summer.

He’s fallen out of favour under Julian Nagelsmann this season, and has admitted that he’s not happy at RB Leipzig.

“I have a contract, but everyone knows that I dream of playing in another league.” 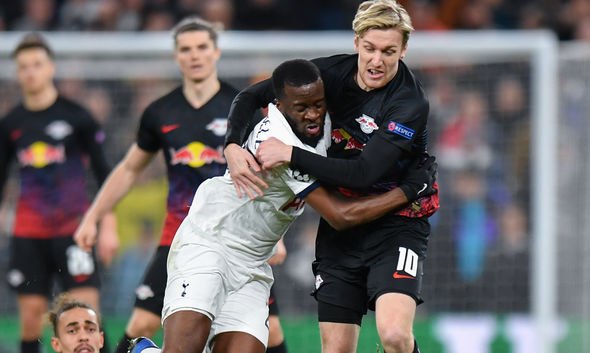 Last week, he told the Guardian: “I could see myself playing anywhere.

“Not to brag, but I feel I have the qualities.”

Forsberg has been a bit-part player for Leipzig this season, and has only started 10 Bundesliga matches.

He’s featured in 16 league games throughout the campaign, and has scored five goals for the club.

Forsberg started his career with second-tier Swedish club GIF Sundsvall, before moving to Malmo FF for £270,000.

He’s now made 49 appearances for Sweden, and has scored eight goals for his country.

Meanwhile, Mourinho admitted that he’d love to have a player like Forsberg in his squad, after the 1-0 defeat to RB Leipzig last week.

He said: “Check out their team and ours. I want Yussuf Poulsen, I want Emil Forsberg. But they sit on their bench!”