Tottenham boss Jose Mourinho accused his team of being too nice, as they twice threw away the lead to stumble in the chase for fourth place. Spurs led twice through Steven Bergwin and then Serge Aurier on Sunday – but each time Wolves pegged them back, first through Matt Doherty and then Diogo Jota, and then Raul Jimenez struck a dramatic late winner.

It was the second weekend in a row where Mourinho had been schooled by one of his pupils – Frank Lampard with Chelsea last week, and then on Sunday his former Porto goalkeeper Nuno Espirito Santo.

It meant that Nuno’s team leapfrogged Spurs into sixth place in the table, only behind Manchester United on goal difference.

Fifth place could be enough for a Champions League place this season and Spurs, after a second straight league loss, are now three points adrift.

Mourinho fumed: “We are too good, too nice. They have Jimenez yes, a fantastic player, and they have that incredible counter attack which is very difficult to stop, especially if you don’t have that mentality they showed. 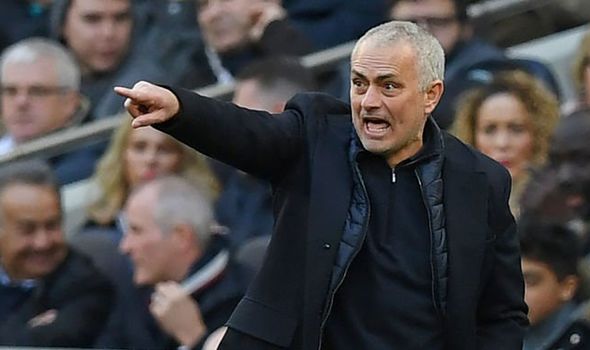 “In the first minute of the game Ruben Neves makes a tackle on Lucas Moura. That is a yellow card. In the last minute they did the same with Leander Dendoncker which the referee correctly gave a yellow card for.

“That’s the way a team has to play football. That’s the way they did. They had the correct mentality. We were punished because we don’t have that aggression, ruthlessness. But the result was unfair on us. It’s frustrating but we have to keep fighting.”

Tottenham lost goalkeeper Hugo Lloris to a groin injury before the game, and Mourinho admitted he did not know how long the France star will be out for.

Wolves ability to break with pace from defence was the key to this fifth away league win of the season – in their 46th game of the campaign so far. 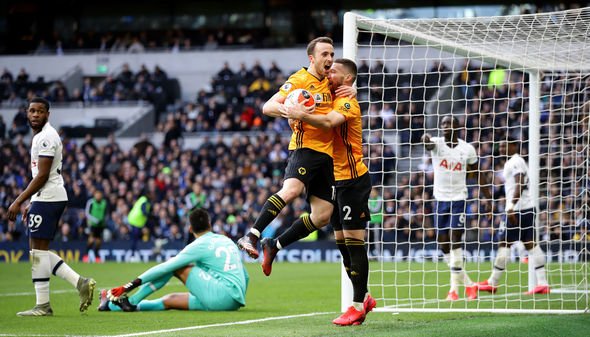 It as there right from the start, as the ever dangerous Adama Troare broke clear to shoot wide before Jota and then Jimenez did the business.

Wolves manager Nuno said: “Jimenez and Jota’s combination is something that they have. They known each other well. They will keep on improving – but that third goal was a team effort. It involved everyone.

“Tottenham were very good in the first half – but I am so pleased with the way we finished the game. It’s amazing the energy levels that we put into the game.”

But a worry for Wolves was the shoulder injury picked up by flying winger Traore, which forced him off in the second half. Nuno said: “It has happened before – this is the third time – and I am worried about it.”