Following their entertaining 4-2 victory at Leicester on Sunday, Tottenham finished the Premier League season in seventh place. The result means they will enter the Europa Conference League next term, for a chance to play in the Europa League.

Tottenham manager Ryan Mason has admitted that he was left “disappointed” despite his side beating Leicester 4-2 in a vital clash on Sunday which left them seventh in the Premier League.

Spurs pulled off an impressive win thanks to three goals in the last 15 minutes, booking their place in the UEFA Europa Conference League.

Another spot kick from Vardy left Spurs facing the possibility of failing to qualify for Europe, but a Kasper Schmeichel own goal and a Gareth Bale swan song double ensured all three points were heading back to the capital. 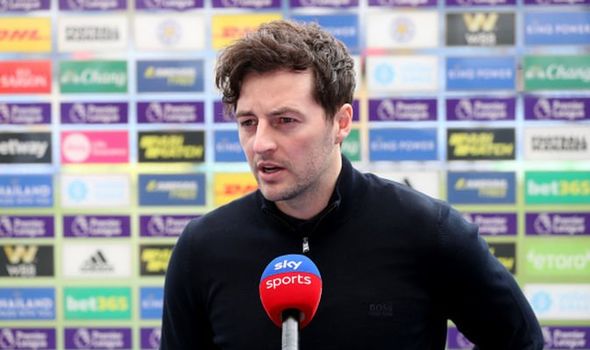 And Mason was delighted with the fightback from his players when it mattered.

“The second half was outstanding,” he told BBC Sport. “[We showed] immense qualities – to play, to be brave, to be aggressive, to work for the team.

“There was an energy in here, you could feel there was a lot riding on the game. We used that to our advantage. 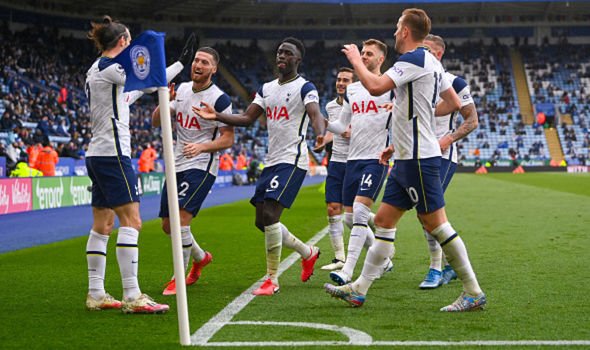 But when asked about his thoughts being in the Europa Conference League, Mason did not appear to be overjoyed with Tottenham’s overall rank this season.

He added: “It’s no secret – we want to finish higher. We’re disappointed not to be in the Champions League.

“We have to respect any European competition we’re in and we will. We’ll have to come back stronger next season.”

With Mason set to return to his coaching duties next year, it is still unclear who will be in charge at Spurs next season.

But Foxes boss Brendan Rodgers appeared to quash any rumours that he is considering taking up the post with a statement about his devotion to Leicester.

“They have no worries about myself – I absolutely love it here at Leicester City,” he said.

“I feel emotional now that we have just missed out but that motivates me even more to be here and to try to help the club and push them up towards that level.

“For me it will be go away, reflect on a great season and plan and get ready to make it an exciting season with us all back together.”