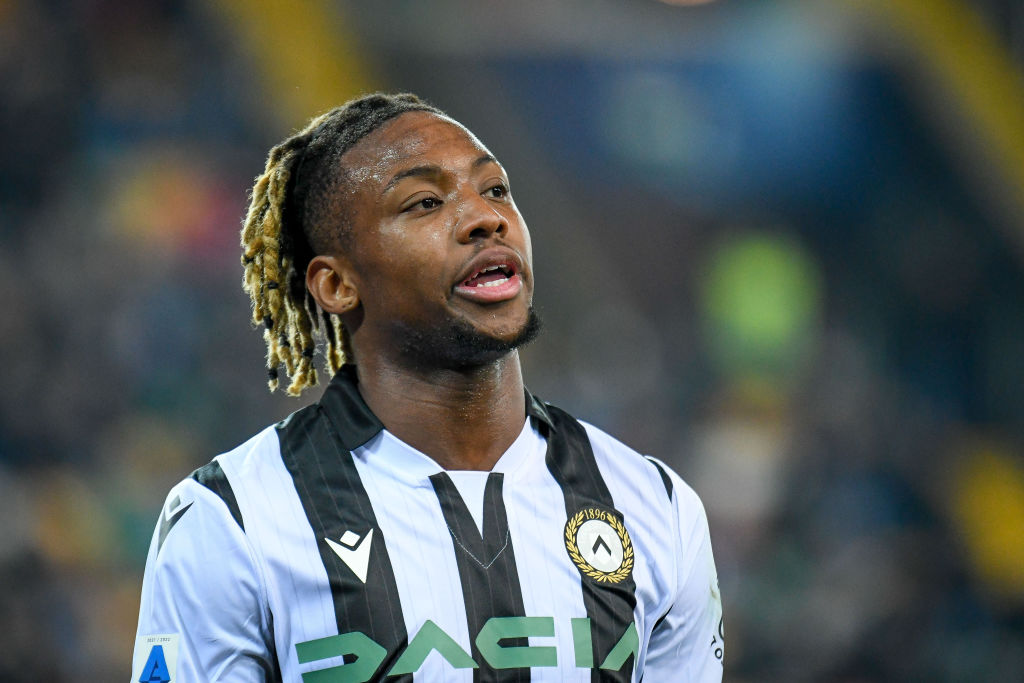 Tottenham are reportedly close to signing promising young defender Destiny Udogie from Udinese for a fee of around £21million.

However, the 19-year-old left-back is very likely to be loaned back to the Serie A side for the upcoming season.

According to the Telegraph, the two clubs have reached an agreement on the deal and the transfer will be completed in the coming days.

While he will not be moving to North London straight away Tottenham have decided to move now on signing Udogie who they believe has the potential to be a world-class player and was also being monitored by Manchester City, Inter Milan, and Brighton.

Udogie came through the Hellas Verona academy before Udinese signed him last summer on loan with an obligation to buy for just under £4m.

The Italian youth international made 35 league appearances last season, scoring five goals, and making three assists, and has been tipped for a call-up to the senior national team at the next international break.

Tottenham are currently quite well-stocked on the left-hand side of the defence thanks to Perisic, Ryan Sessegnon and Ben Davies, although the latter is set to continue playing as a centre-back in Conte’s 3-4-3 system as he did last season.

Sergio Reguilon is also available for selection but is out of favour with Conte and is expected to leave before the end of the transfer window, alongside fellow outcasts Harry Winks, Tanguy Ndombele, and Giovani Lo Celso.

Udogie could be the Lilywhite’s last signing of the summer, although the club has recently been linked with Roma attacking midfielder Nicolo Zaniolo.

In the meantime, Tottenham’s Premier League campaign kicks off on Saturday when they host Southampton.