Tottenham condemn their own fans for their homophobic ‘Chelsea rent boys’ chant, sung at the Carabao Cup semi-final first leg against their bitter rivals

Tottenham have condemned homophobic chanting from a section of their supporters during Wednesday’s match with Chelsea.

Spurs lost 2-0 to their London rivals at Stamford Bridge in the first leg of the Carabao Cup semi-final tie.

During the derby, Tottenham fans were allegedly heard chanting the homophobic ‘Chelsea rent boys’ song which provoked a statement from the Premier League club on Thursday morning. 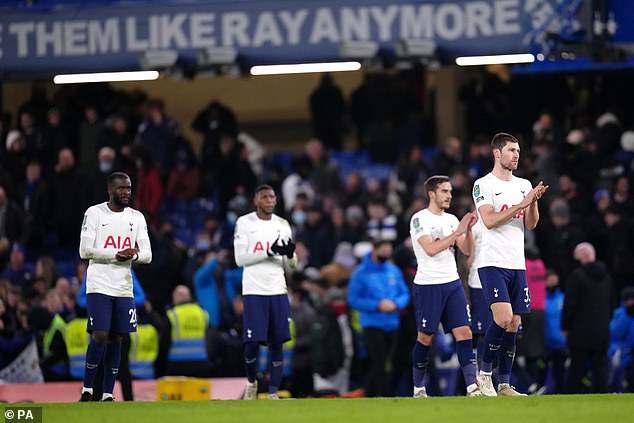 Tottenham have condemned homophobic chanting from a section of their supporters

‘The club is extremely disappointed by homophobic chanting from sections of our support at Stamford Bridge on Wednesday night,’ a Spurs statement read.

‘We work closely with our LGBTQ+ fan group Proud Lilywhites to create a welcoming and inclusive environment at our club and are proud to display the Progress Flag in our stadium on matchdays.

‘No one should suffer discrimination because of their sexual orientation and/or their gender identity, and we urge supporters not to use this chant.

‘There is no place for discrimination at Tottenham Hotspur.’ 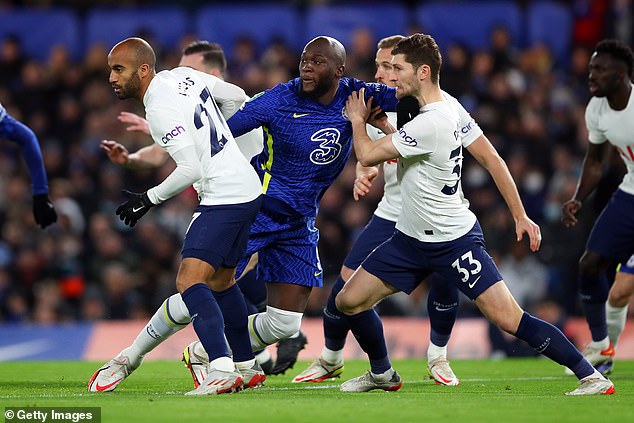 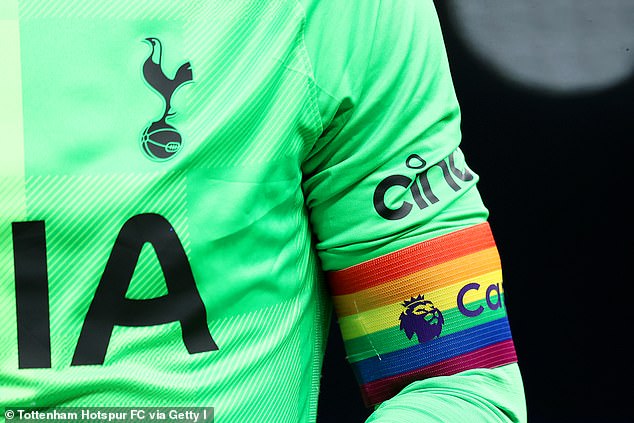 Proud Lilywhites also called on Spurs supporters to ‘think before you chant’, adding in a statement on Twitter: ‘We know most fans don’t sing this with any intent to discriminate, ostracise or demean us but the impact it has shouldn’t be underestimated-it has been used to victimise young gay men for years.

‘Think before you chant, please. We’re Spurs and we’re better than this.’

The homophobic song is said to have originated in the 1980s after a newspaper reported that a Chelsea hooligan had been found in bed with a male prostitute following a police raid.

Edleen John, the Equality, Diversity and Inclusion Director at the FA, previously said that the slur was comparable to racist abuse and that they were working with the authorities to get the phrase reclassified as discriminatory.

This came after anti-discrimination group Kick it Out condemned Liverpool supporters for chanting the same song at Norwich City midfielder Billy Gilmour – who is completing a season-long loan from Chelsea.