Tottenham supporters aren’t happy that the club allowed Fernando Llorente to leave in the summer transfer window. The Spaniard signed for Napoli in September, leaving Tottenham without a recognised striker in the absence of Harry Kane and Son Heung-min.

Kane ruptured a tendon in his hamstring during a match against Southampton in January.

After the club wished former star Llorente a happy birthday on Twitter, Spurs fans were left fuming at the decision to let him leave.

JUST IN: Tottenham boss Jose Mourinho has concerns about one player 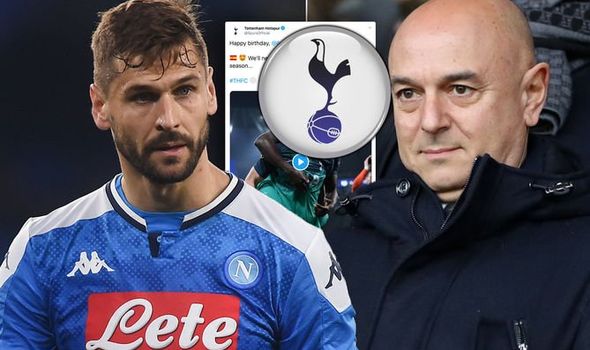 “He should of never of left. Massive mistake by the club,” tweeted one Tottenham fan.

Another supporter added: “Should have just kept him for 1 more year.”

One Spurs fan said: “Why in hells name did we let him leave?”

“Should never have let him go, love Spanish Groot,” added another Twitter user.

“Would’ve been handy to have him around now.. wouldn’t it, Mr. Levy?,” said another Tottenham supporter.

“Why didn’t we keep him! Ridiculous,” claimed one supporter.

Another Tottenham fan tweeted: “It was such an absurd decision to let him walk away from the club and not have a direct replacement lined up.”

One Spurs fan added: “Imagine if we actually kept him. Hahaha imagine actually having a striker. Lmao imagine not letting a good one go without signing a replacement. Lol ridiculous thoughts just put a midfielder up there.” 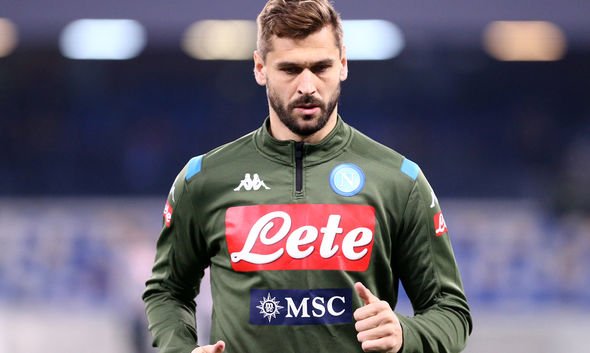 Llorente wasn’t a particularly prolific goalscorer for Tottenham during his time at the club.

But, he provided adequate cover for Kane during his absence through injury last season.

His goal at the Etihad Stadium secured Spurs’ progress to the Champions League semi-final last season.

In 66 appearances for Tottenham, he scored 13 goals and provided six assists, spread across his two-year stay in north London.

This season, Llorente has enjoyed a fresh lease of life in Serie A.

Llorente has scored three goals in the league for Napoli, including a brace against Lecce, in his first start for the club.

He also scored Napoli’s second goal against Liverpool, in the 2-0 home win in the Champions League, in September.