However, the 23-year-old’s form has dipped and he gave an angry reaction to being substituted during the 1-0 Champions League last-16 first leg loss tom RB Leipzig on Wednesday.

Alli first threw a water bottle and then his boot, though Mourinho claimed he was angry at his own performance rather than the substitution.

However, Alli was left out of the starting XI for the trip across London to bitter rivals Chelsea on Saturday.

And speaking ahead of the match, Crouch says he feels for Alli and says Mourinho’s style of play does not suit him. 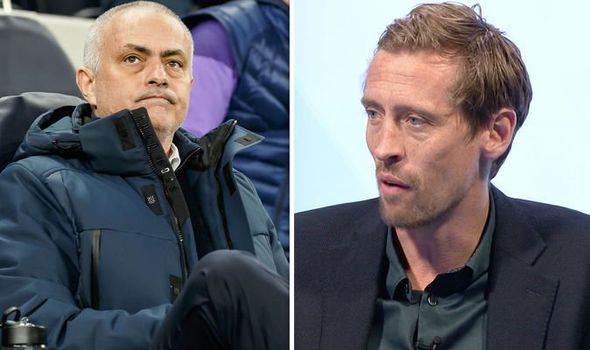 “I just think that’s the only way they play at the minute, they sit deep,” Crouch said on BT Sport.

“We watched them midweek and I felt sorry for Dele Alli at times.

“I’ve been in that role where I’ve been up front, you’re chasing lost causes.

Mourinho refused to confirm why he left Alli out of his team for the clash with Chelsea.

Speaking ahead of the match, the former Chelsea boss said: “I’m not sure if you ask every Premier League manager when some player stays out if you do the same question to every one of them.

“It looks to me that for other managers it’s normal to leave out any player they want and it looks like with me any time I make a decision of this type it’s always a big story around it. 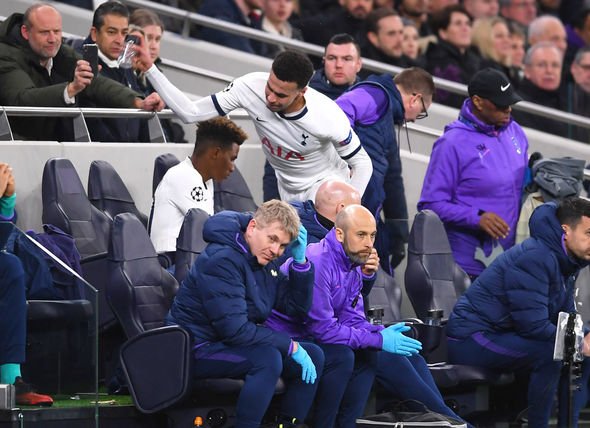 “So I prefer not to answer.”

Earlier this week Mourinho said Tottenham improved when Alli was substituted against Leipzig and that he understood the decision.

“I think he was angry with his performance. Not with me,” Mourinho said.

“I think he understood why I took him off and the team improved.”