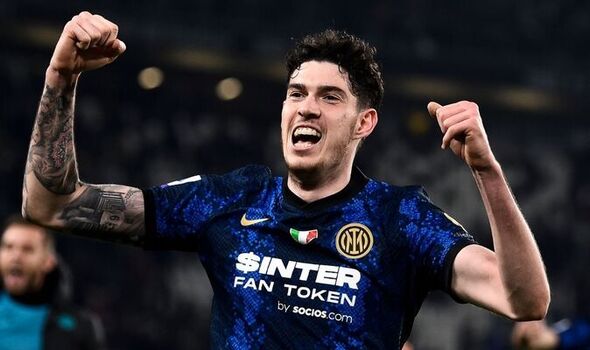 Tottenham are in pole position to sign one of Antonio Conte’s former Inter Milan favourites in Italian centre-back Alessandro Bastoni. The 23-year-old has become an integral component for the Nerazzurri following loan spells with Atalanta and Parma. He is now widely recognised as one of the best young defenders in European football.

His success under Conte – including Inter’s first Scudetto since 2010 – saw his stock skyrocket and now Spurs are one of several clubs interested in a summer swoop for the ball-playing defender.

According to Corriere dello Sport, Tottenham are actually in pole position to sign Bastoni and he is considered a priority signing by Conte ahead of the window.

The Tottenham boss wants to close the gap on Manchester City and Liverpool by adding up to six new recruits before Spurs’ pre-season tour of South Korea.

Bastoni fits the exact profile Fabio Paratici and Conte are looking for as they look to re-establish Spurs as top-four regulators.

The Italy international is used to playing in a back-three for both club and country and that is the system Spurs have favoured since the appointment of Conte.

It’s claimed that Paratici will ‘order’ the signing of Bastoni once fourth has been secured at Norwich on Sunday.

Tottenham only need a point to seal the return of Champions League football ahead of north London rivals Arsenal.

Spurs have also looked at a whole host of other Inter players, previously managed by Conte.

That includes Chelsea-linked Ivan Perisic, who is available on a free transfer this summer.

Lautaro Martinez also remains of interest to Spurs after they failed with a swoop for the Argentine last summer.

Tottenham had a deal in place worth around £60million before Inter pulled the plug on the sale.

They instead decided to offload his strike partner Romelu Lukaku in a club-record £97.5m move that is yet to pay off for Chelsea.

Spurs are expected to offload a number of first-team players before the start of the new campaign.

That includes defender Davinson Sanchez and Joe Rodon, who have struggled for minutes under their Italian boss.

Giovani Lo Celso could head to Villarreal on a permanent deal while Tanguy Ndombele, Harry Winks, Sergio Reguilon and Emerson Royal could also potentially be off.

Tottenham will want to show some ambition in the transfer market to maximise their chances of keeping both Conte and Harry Kane. Bastoni would be the perfect starting point.