Tottenham were frustrated by Brentford at the BCS

Tottenham Hotspur limp from the Brentford Community Stadium with their top-four hopes no longer in their grasp, and it could have been even worse thanks to the efforts of one of their own.

This was another missed opportunity for Antonio Conte’s side, who have relinquished their advantage over Arsenal and must quickly rediscover their attacking verve. Since scoring 14 goals in their four consecutive wins, Spurs have now been shutout in 180 minutes against Brighton and Brentford. With a patched-up defensive line, Brentford restricted Tottenham’s attack effectively and David Raya finished without having a save to make.

The attacking intent was instead provided by the hosts, and in their own unique style. You know what Brentford do by now, although you might wonder if Tottenham did realise given their lackadaisical approach here. The Bees thrive on making these meetings awkward and Thomas Frank’s side have ensured every other Premier League team has come away with a taste of the Brentford experience when visiting this quiet corner of west London.

Tottenham spent considerable spells of the game on the ropes. Brentford sling the ball into the box and drag you around with their switches of play, and in between play football to work the ball into advanced positions. Injuries elsewhere may have been the reason for Mads Bech Sorensen’s inclusion in the team but it did allow Brentford to roll the trebuchet of his 40-metre long throw, which certainly added to the sense of Tottenham’s unease.

But Brentford also have a new weapon, and a familiar one for Tottenham in the shape of Christian Eriksen. Only Manchester City and Liverpool have won more games in the Premier League since the Denmark international’s first start for the club and on his first appearance against his former side was central to their moments of danger, of which there were several, which left Tottenham rattled and in the end perhaps grateful for a point. 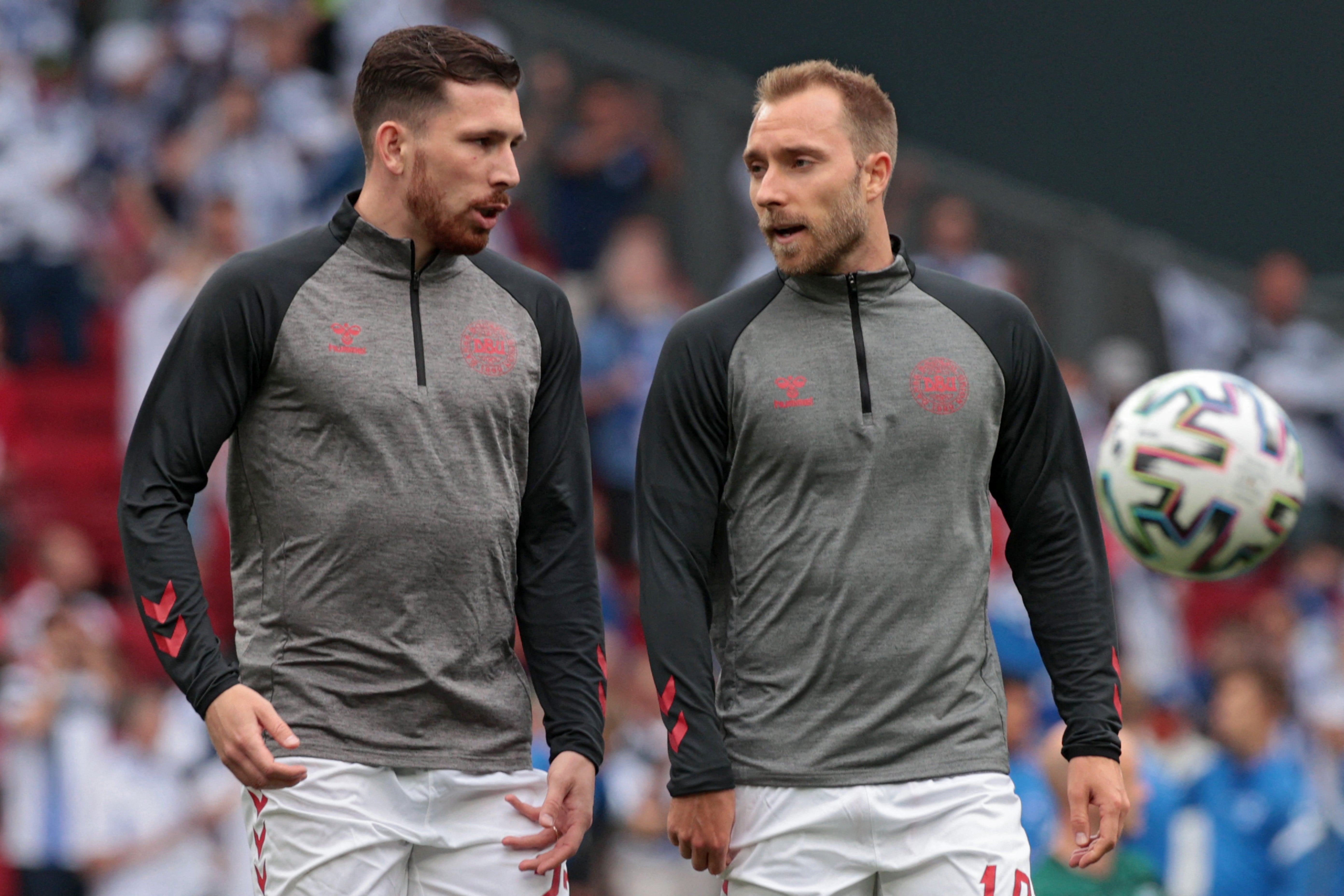 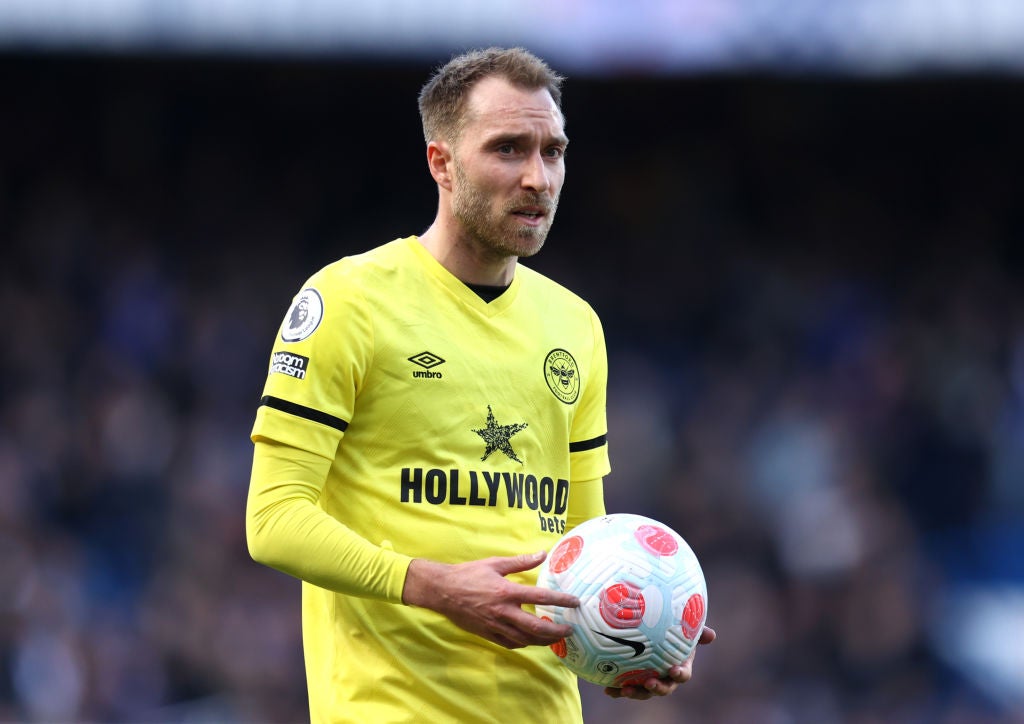 Ivan Toney’s header from Eriksen’s corner that hit the bar and a Pontus Jansson effort cleared off the line by Harry Kane was the closest Brentford came. Eriksen also tested Hugo Lloris with a low shot as the bear pit of the Brentford Community Stadium rose. It felt like a goal was coming, with Toney hitting the post in stoppage time from Eriksen’s free-kick, but Spurs came through it. They are back to being hesitant Tottenham, though, the sort of team whose own manager might question their winning mentality.

If the race for the top four has been defined by mistakes, errors, and stumbles, this was another slip to add to the collection. Arsenal’s victory over Manchester United saw them climb above Tottenham into fourth in the table earlier in the afternoon, in a contest that was in itself a sample of the chaos that has made this scramble for Champions League qualification so unpredictable. It would be Tottenham’s task to rise above it and reclaim the advantage from their north London rivals.

Standing in their way was Eriksen, with Brentford winning all five of their matches in which he has played since his return to the pitch. Brentford would like to extend his deal beyond the end of the season but are certain to face competition from Tottenham. This, perhaps, was the reunion before the return. “You know you are Spurs,” was the chant from the travelling support as he took a corner from in front of them five minutes. 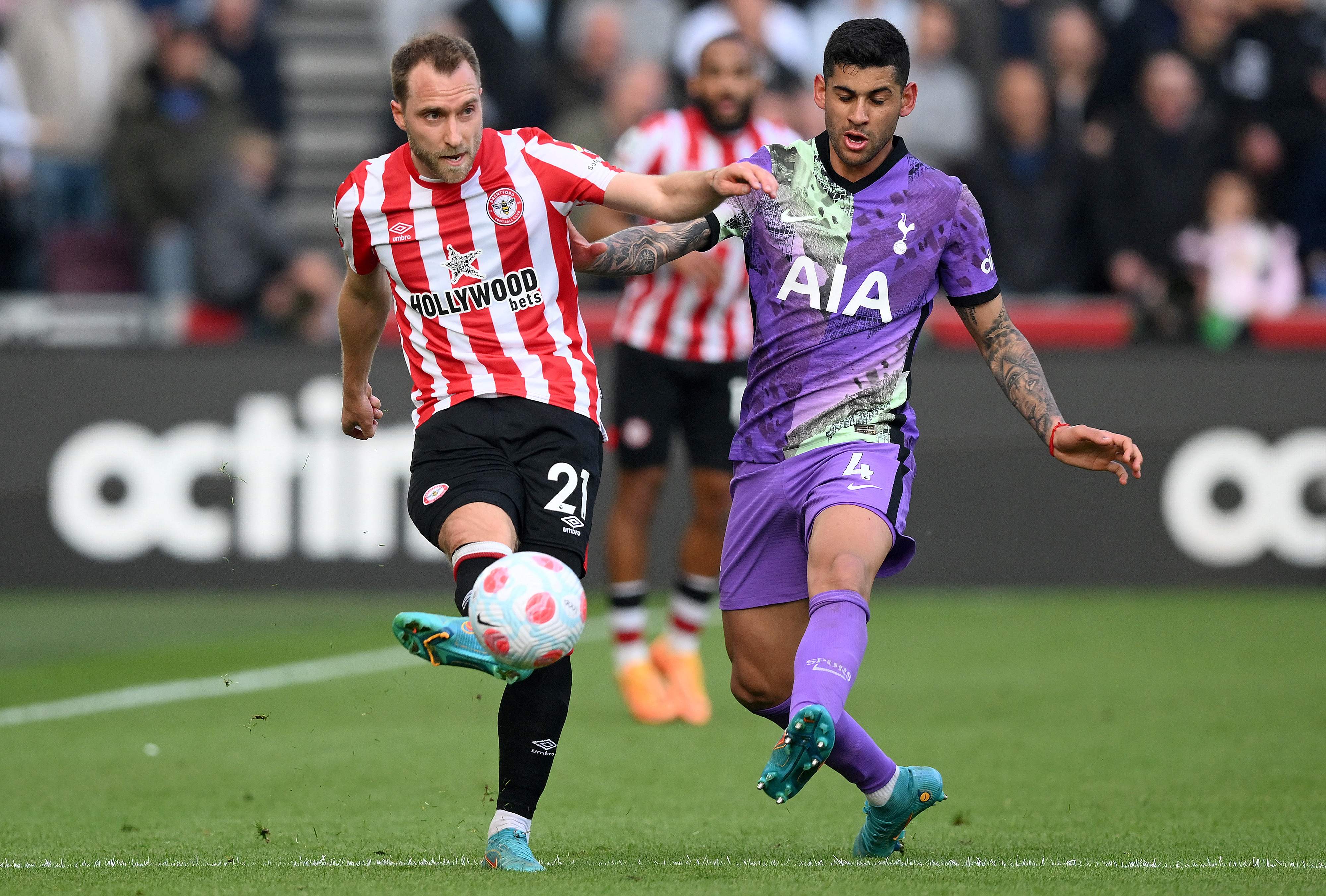 Eriksen would seemingly spend the majority of his opening half taking corners on that side, as Brentford made a bright start and made it an uncomfortable opening for Tottenham. Eriksen twice hung high balls to the far post for Toney to peel off the back and volley goal-bound shots that needed to be blocked from the line. Toney then made a towering leap to meet another Eriksen corner and thunder a header off the crossbar.

Conte watched on concerned – their sleepy start from last week’s home defeat to Brighton repeating itself in front of his eyes – and turned away as Rodrigo Bentancur blazed a long-distance effort over the bar for Tottenham’s only shot of the first 45 minutes. Son’s deft touches and flicker of feet brought their clearest signs of promise, but he was struggling to find space to make a greater impact. Son was not the only one. Jansson was as touch-tight to Kane as a restrictive vest while Dejan Kulusevski, the third prong of their attacking trident, was anonymous.

Maybe the player they needed was on the pitch, but wearing red and white. Eriksen roamed in deep pockets of space ahead of Pierre-Emile Hojbjerg and Bentancur, looking to flash the ball forwards into Toney and Bryan Mbeumo. Tottenham were lacking that sort of creativity from deep, as Spurs continued to toil in the absence of space being benied to them by Brentford.

If Conte demanded Spurs to awake from their slumber after half-time Lloris was almost caught dozing on the ball inside the opening seconds of the restart by Mbeumo. The goalkeeper then had to be alert to dash off his line and beat Toney to a hopeful clearance downfield – although taking as much player as ball as he did so. Mbeumo then fired a shot over the bar from a pull-back. Brentford were at it again.

Tottenham improved – it would have been hard for them not to. Kane fired a deflected shot after turning Sorensen before Kulusevski’s ball towards Son had to be cleared at the back post. Brentford then had to scramble clear after Kane’s shot was blocked by Sorensen’s knees following Emerson Royal’s low cross.

But Brentford came back into it. The corner count increased, and Sorensen was wheeled into place at every opportunity – the ball lobbed underneath Lloris’ crossbar to create further moments of panic. On top of the corners came the free-kicks, with Tottenham even being generous enough to concede a foul in a promising position for Eriksen on the edge of their box. Would this be his moment? It would not. He hit the wall, and allowed himself a chuckle that even for his Hollywood story, this would be a scene too far. 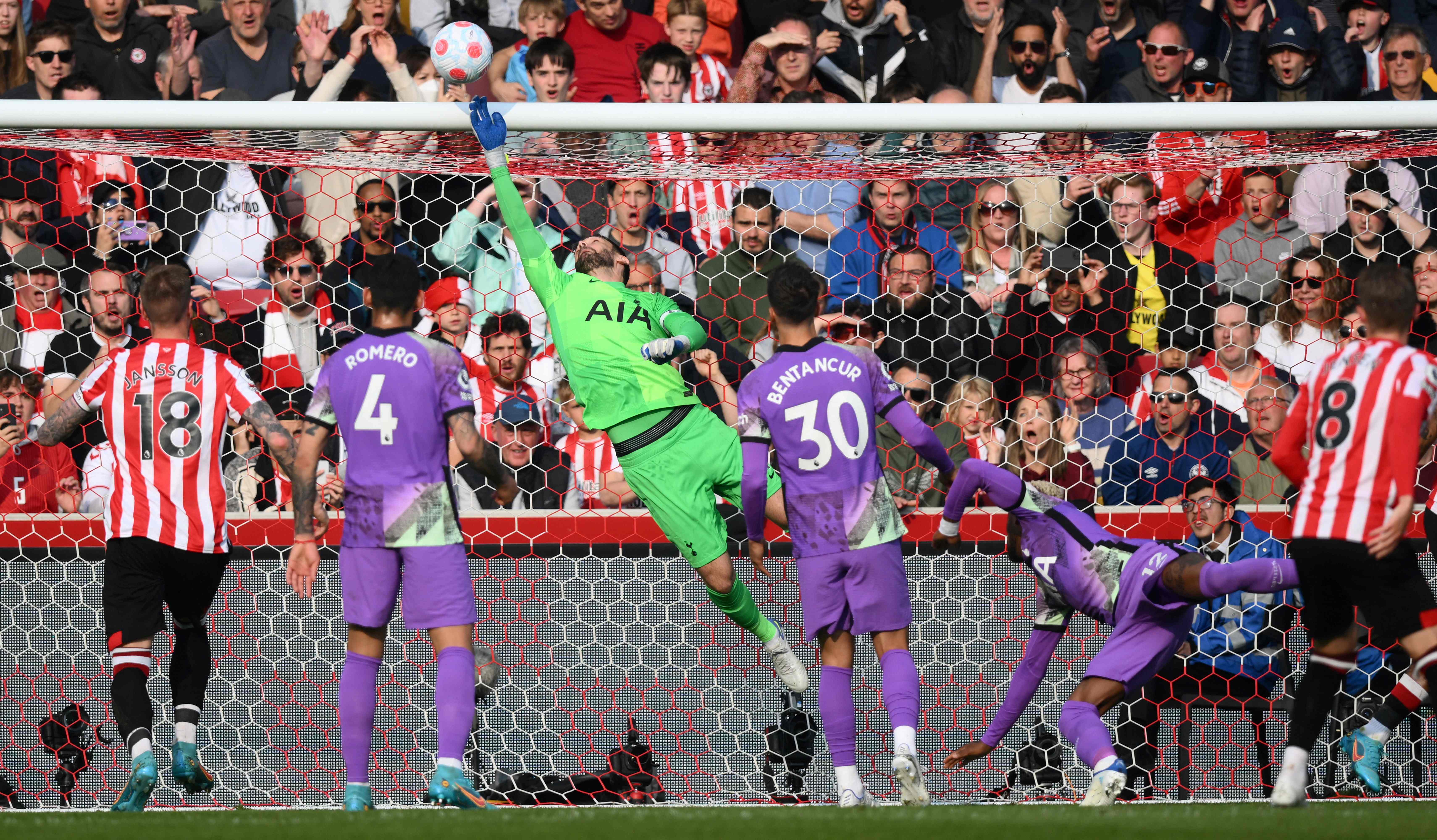 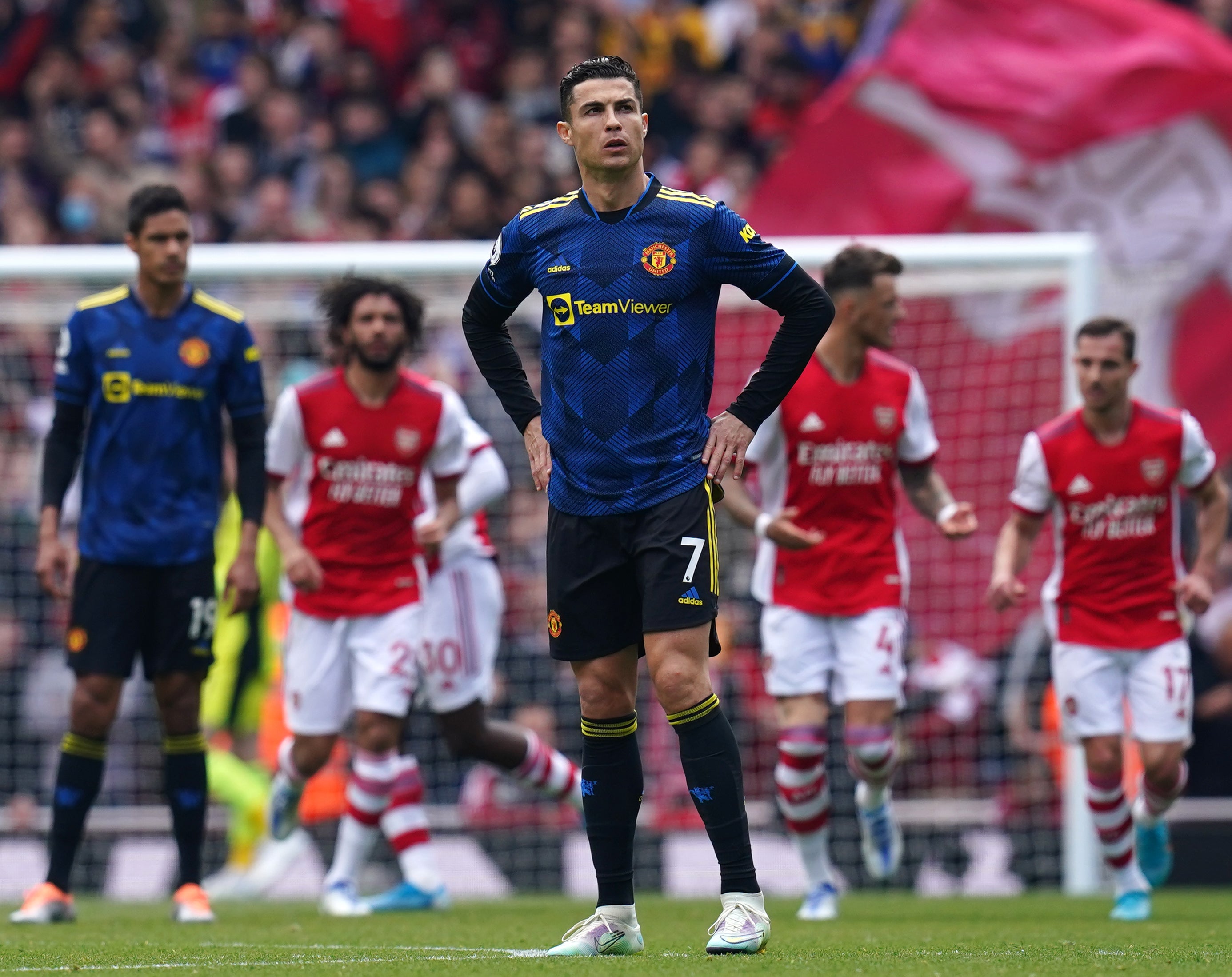 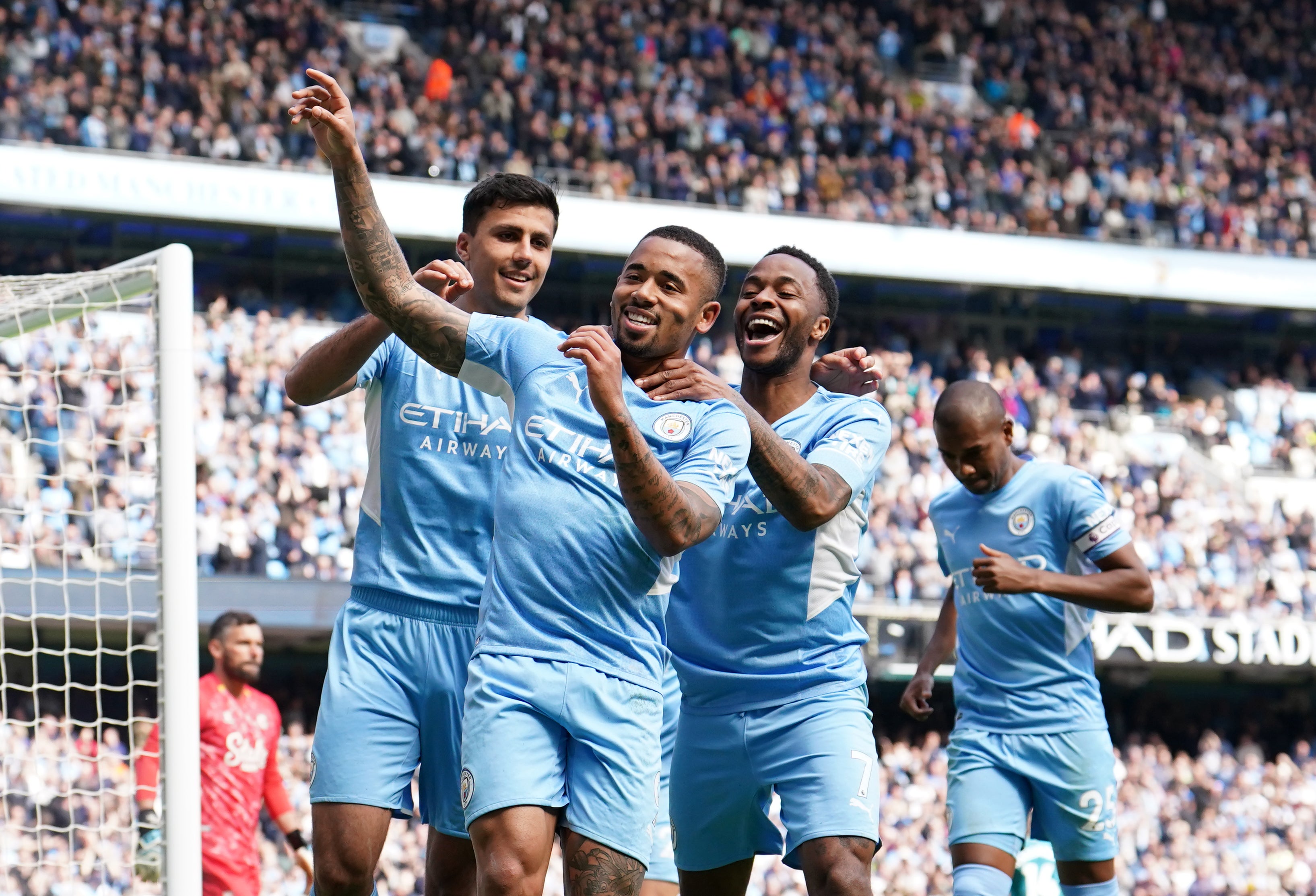 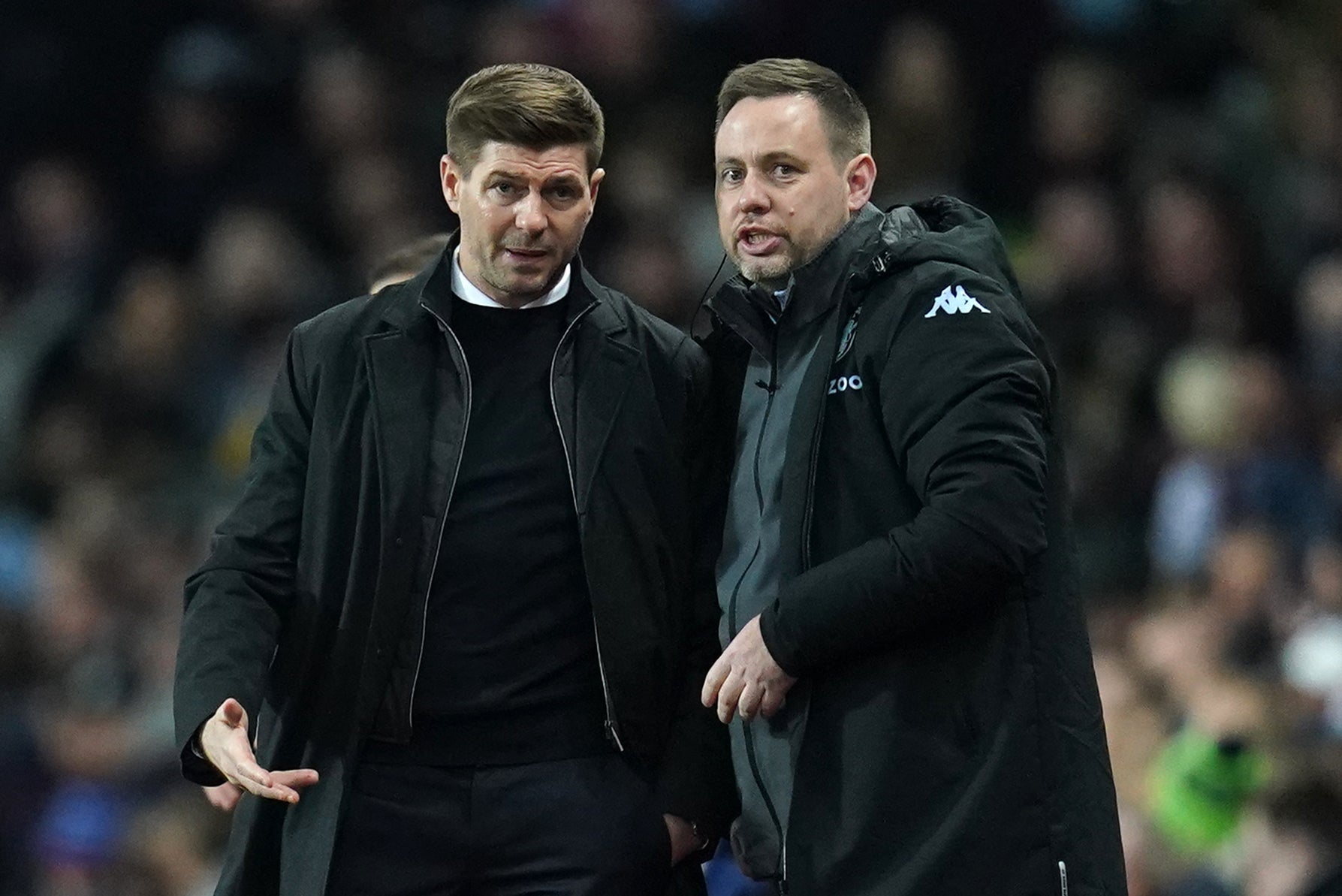 There would be other opportunities. An Eriksen shot deflected narrowly wide from a corner and from it, Jansson saw his header cleared off the line by Kane. It dropped to Eriksen, who cut inside and fired towards Lloris’ front post as the Tottenham captain did well to get down and make a save.

It could have been won at the death. Eriksen’s free-kick found Toney unmarked and for the second time he hit the frame of the goal with a header across goal, with Mbeumo only finding the side-netting with his follow up. If Kane’s spectacular overhead kick in the final seconds had creeped inside Raya’s post it would have been the most remarkable of steals. Instead, Tottenham limped away.