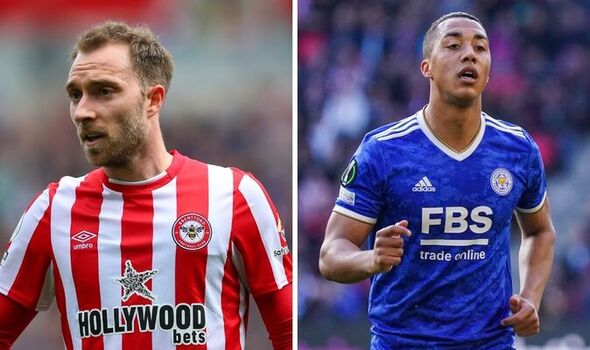 Tottenham Hotspur will prioritise signing midfield duo Youri Tielemans and Christian Eriksen if they secure Champions League qualification this season. Both stars are expected to leave their respective clubs at the end of the campaign, and Antonio Conte is keen to fend off rival interest in their services.

According to transfer insider Dean Jones via GiveMeSport, talks among Tottenham figures about how to approach the summer transfer window have intensified in recent weeks. And Tielemans and Eriksen have been pencilled in as ‘priority cases’ if Conte guides the club back among Europe’s elite.

Champions League qualification doesn’t just boast the perk of playing the very best the continent has to offer. The financial benefits of finishing in the top four of the Premier League are significant, and with such, Conte will aim to bolster most areas of his squad.

Jones’ report adds that Tielemans is also being eyed by Manchester United, as the Red Devils search for Paul Pogba’s replacement, but Spurs are trying to lead the race for his signature. The 24-year-old is set to leave Leicester City this summer after rejecting a contract ahead of his 2023 expiry and could be available for as low as £25million.

JUST IN: Chelsea takeover: Sale deadline passes – What next with four bidders?

Eriksen, meanwhile, has enjoyed a magical return to football after suffering a cardiac arrest during last year’s delayed Euro 2020. The Denmark midfielder is back in the national team set-up and has shown promising form at Brentford following a January loan switch.

The 30-year-old left Spurs on a free transfer two years ago, joining Conte at Inter Milan, but the north London club have always been open to welcoming him back. Brentford’s chances of retaining his services beyond this summer have been labelled ‘very slim’.

Conte’s recruitment at Spurs has been impressive so far – with both of his January signings proving to be valuable additions to the squad in their bid for a top-four finish. Rodrigo Bentancur has added a new dimension to the midfield, whilst Dejan Kulusevski has been one of the top-flight’s brightest wingers since his arrival.

The Italian coach will hope to receive further backing this summer as he aims to transform Spurs from top-four challengers to title contenders. And adding Tielemans and Eriksen to his midfield ranks wouldn’t be a bad start in doing that whatsoever.