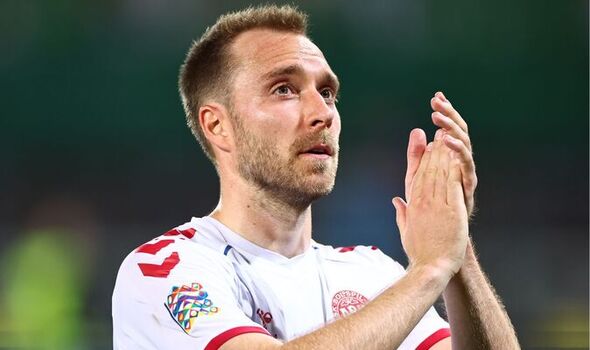 Tottenham have thrown their hat into the ring for their former player Christian Eriksen, who has four Premier League offers in the table, according to reports. The Danish international playmaker has enjoyed a remarkable return to action this calendar year after suffering a cardiac arrest at last summer’s European Championships but now the 30-year-old is eyeing a fresh challenge after a five-month stint in west London with Brentford.

He is expected to move onto pastures new following the expiry of his Bees deal later this month and Eriksen is not short of offers.

According to The Mail, Tottenham, Manchester United, Everton and Brentford have all made the attacking midfielder proposals.

It means Eriksen is almost certain to remain in the Premier League next season as he weighs up where he wants to locate his family for the 2022/23 season and beyond.

Reports detailed United’s interest on Tuesday afternoon, claiming the Red Devils had made Eriksen an offer.

Yet Tottenham are believed to be Eriksen’s preference, as he wants to remain in London.

Now he could be in line for a return, although the prospect of linking up with Erik ten Hag could also be on interest.

Eriksen trained with Ajax reserves in January when he was working on his sharpness before he signed on the dotted line with Brentford.

The set-piece specialist has also worked with Antonio Conte before during his time at Inter, which could hand Spurs the edge in the race for Eriksen’s services.

The pair were initially staying in the same hotel at the start of the year when Eriksen sealed his return to action.

At the time, Conte made it clear he would be interested in re-signing his former player this summer…

When asked if Spurs considered a January swoop, Conte said back in February: “No, honestly no. I was surprised about the situation because in my mind, honestly, I thought Christian needed more time before coming back to play in England.

“For sure, Eriksen is part of Tottenham’s story. To come back here would be a good opportunity for him, for me and for the club.

“But now he’s signed for Brentford. Only six months, and we’ll see what happens.

“I’m the first person to be happy to see him again on the pitch because we spent a really good time at Inter Milan together. We won the league, we spent two important seasons together. I wish him all the best for the future.

“And you don’t know what will happen. It would be good for me to have him again, to work together again.”