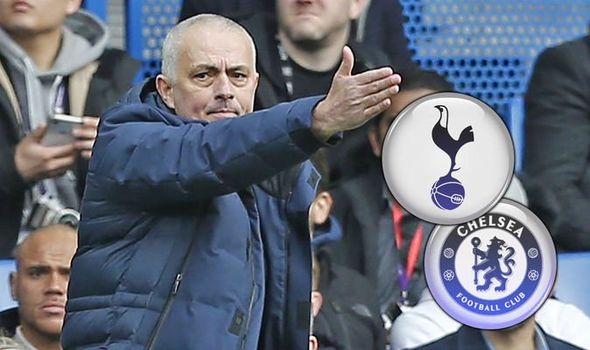 Tottenham boss Jose Mourinho has praised his remaining attackers for “trying to do miracles” amid their striker crisis. Spurs are short up front because Harry Kane and Son Heung-Min are sidelined with serious injuries.

Lucas Moura, Steven Bergwijn and Giovani Lo Celso shared the attacking load in Saturday’s 2-1 defeat at Chelsea, with the lack of natural options through the middle being a clear and obvious problem.

An Antonio Rudiger own goal gave Tottenham late hope at Stamford Bridge but Olivier Giroud and Marcos Alonso’s efforts either side of the break did the damage.

When asked in his post-match press conference if it was a fair result, Mourinho said: “I don’t know. I have no complaints about my players. The result could have been different.

“The only thing I can say, what we have at this moment is unique. If they press high, they know we don’t win one ball high against a defender.

“Opponents know if they score first then we are in trouble.

“I am proud of the boys. Especially, Lucas, Lo Celso, Bergwijn. They are trying to do miracles.

“It’s going to be three long months for us. They will learn about resilience and effort. A very difficult experience.”

Chelsea, like Tottenham, came up short in their hunt for a striker in the January transfer window.

Lampard has Giroud, Tammy Abraham and Michy Batshuayi to call on, however, which has left Mourinho feeling blue about his lack of options. 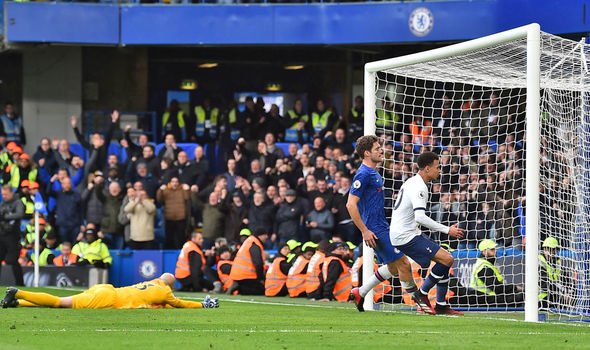 Dele Alli, who reacted furiously to being substituted in the midweek Champions League defeat to RB Leipzig, was left on the bench until the 78th minute.

Mourinho stood by his decision to keep Alli in reserve, and said: “We knew it was important to play the way we did tactically and then use what pace we had.

“We had strange game plans but we needed to have them. Like Lamela who played well, people think I’m stupid that I don’t play him, but he’s constantly communicating with me in the warm-up, can I play or not. He was telling me his feelings.”