Tottenham crashed out of the Champions League to RB Leipzig on Tuesday night after two first-half Marcel Sabitzer goals put the game beyond them after just 20 minutes in Germany. Spurs served up another poor display to deal a major blow to their season, which now hinges on them securing a top-four finish.

Sabitzer first drove in from the edge of the box after Timo Werner’s pass, with Hugo Lloris unable to keep the shot out despite getting a hand to it.

And the French goalkeeper was partly culpable for the second goal, when Sabitzer headed past him at the near post.

Spurs had some promising-looking attacks but couldn’t make them count and it was Bundesliga title-hopefuls Leipzig who dominated much of the rest of the game.

And they added to their lead through substitute Emil Forsberg late on, who scored just 42 seconds after coming on as Spurs’ European campaign ended in disappointing fashion. 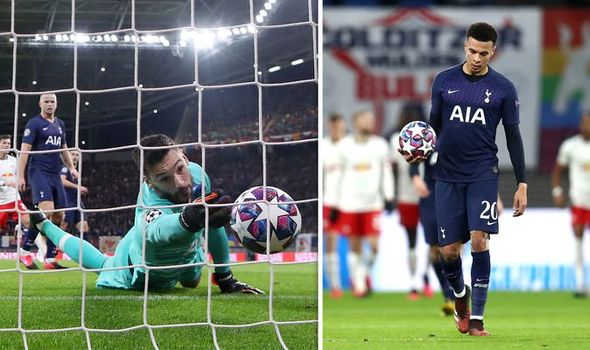 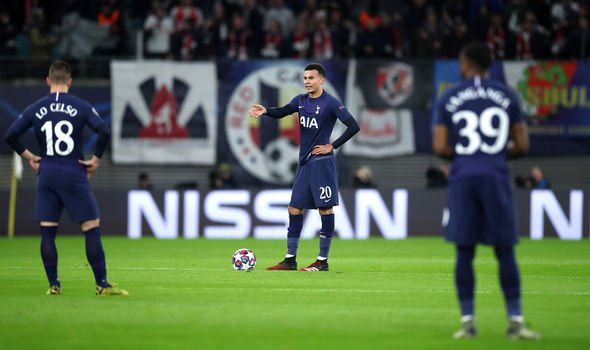 Got too much glove to Leipzig opener to let it go in and should have stopped second. Disaster.

Struggled to know whether to stick or twist with so little cover from Aurier outside him.

A solid enough peg in the heart of the Spurs defence – certainly more comfortable than in midfield.

Strangely wobbly with his distribution and Leipzig’s pace made him look leaden-footed. 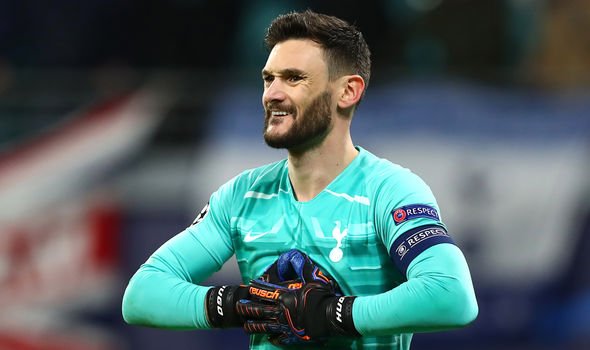 Plenty of ambition to attack but no end product. And what horrific defending for the second goal.

Once again, one of the few Tottenham players to emerge with credit but could not do it on his own.

Was too busy chasing Leipzig shadows to build anything meaningful in terms of Spurs possession.

Mourinho made it clear this was his chance to prove his worth and he looked timid and uncertain. 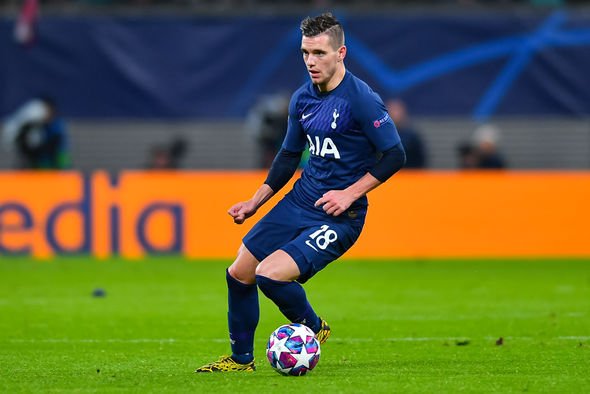 A few touches showed promise but looked slow to react at time and clearly lacking minutes.

Gamely tried to lead the line feeding on scraps but is simply not the “box shark” Mourinho needs.

His pace offered brief flashes of hope to Spurs but too often he was ushered into blind alleys.

Only played the last 10.

Made his debut in stoppage time.