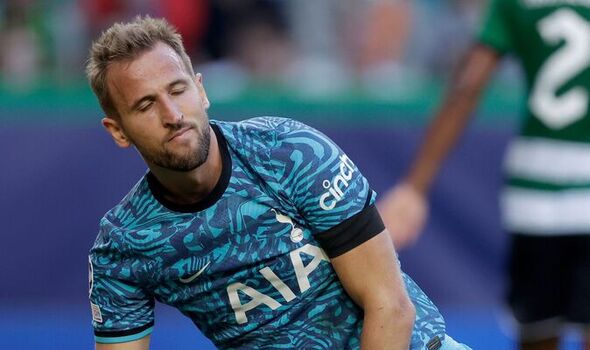 Tottenham were the masters of their own downfall after Sporting punished a half-hearted display to make it two wins from two in the Champions League group stages. Spurs were on course for a point in added time before two late goals from Paulinho and Arthur wrapped up all three points for the hosts – who deserved everything they got after a gutsy performance full of character.

Antonio Conte’s side were toothless in attack and switched off at the back with just a matter of minutes to play.

They were made to pay after suffering their first defeat of the season following a string of poor individual performances from key players.

Former Spurs academy star Marcus Edwards seized his opportunity to impress for the Portuguese side by turning in a dazzling performance.

His Lionel Messi-esque dribble was the highlight of an otherwise difficult watch when he danced through the Tottenham defence before forcing Hugo Lloris into a fine low save.

Harry Kane was at far from his best while Richarlison looked far more threatening in attack for the visitors, who just couldn’t seem to find a way past Adan between the posts.

Sporting were prepared to fight until the death for the victory and got their reward when Paulinho headed home in the 91st minute. Substitute Arthur then made it two with a fine solo effort to put Tottenham to the sword. 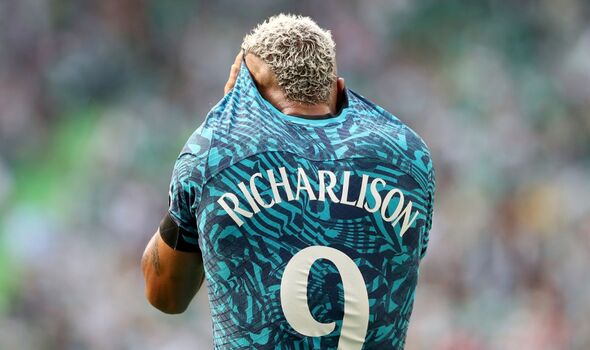 Excellent throughout and could not be blamed for the result. Sporting couldn’t get past the Frenchman until the stoppage time and even then, Lloris looked like he’d just earned a vital point for Spurs when he tipped Pedro Porto’s effort around the post. Sporting then netted from the resulting corner.

The Brazilian continues to improve offensively but his defensive flaws were once again evident come full-time. He was beaten to the header for the opener before being nutmegged by Arthur for the second goal.

He put a excellent cross across the face of goal in the first half but nobody was there to tap home.

His athleticism saw him arrive at the back post on three separate occasions – twice early in the second half – but his efforts were saved by Sporting goalkeeper Adan.

Looked like he was playing with an injury. Caught upfield several times.

Sturdy on the ball and generally fairly solid despite a few hairy moments.

Picked up a knock to the knee when he collided with Eric Dier. Soldiered on. Caught on the ball on 70 minutes, should have been a foul

Mixed performance from the Croatian. His crossing and shooting was miles off but he did flash a beautiful ball across the face of goal but Harry Kane couldn’t convert.

Kept things ticking in midfield. Wasn’t shy of getting on the ball but didn’t really make anything happen. Very side-to-side.

Poor showing from the Dane. Wasted possession, on one occasion kicking the ball out of play needlessly. Booked for a cynical foul. 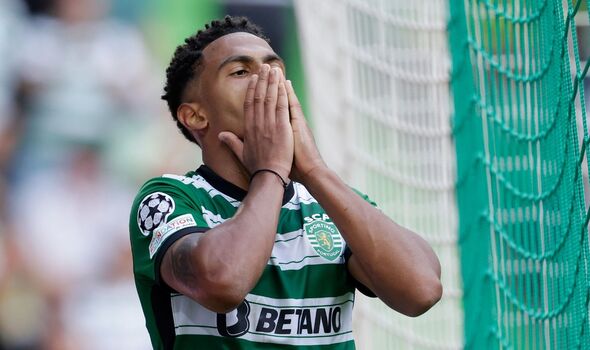 The South Korean is still not at his usual level of sharpness. Subbed.

Had the ball in the net in the first half but was offside. Looks a real threat for Spurs, even more so than Kane at times. Made a crucial block to deny a Sporting shot at goal.

Poor showing by his standards. He misplaced two easy passes in the first half. Had a crack at goal with his left in the second half but nothing too troubling for Adan.

Showed a good attitude when losing the ball but gave it away too many times.