Tottenham have until Friday to trigger the break clause in Oliver Glasner’s Wolfsburg contract should they wish to appoint the Austrian. The 46-year-old has emerged as a surprise outsider for the Spurs hot-seat in light of the exceptional work he has carried out this season at the Volkswagen Arena, with Wolfsburg currently on course to secure Champions Lague qualification.

Glasner is a man in demand though and looked on course to join RB Leipzig on Tuesday (to avoid it needing changed after midnight) following a dramatic turn of events.

However, Leipzig eventually moved to tie down Jesse Marsch from sister club RB Salzburg and he will now take over the reins from Julian Nagelsmann next season when he moves to Bayern Munich.

The American is said to have rejected the chance to talk with Tottenham and held separate discussions with Eintracht Frankfurt.

Coincidentally, Glasner is now being linked with a return to Salzburg to replace him. 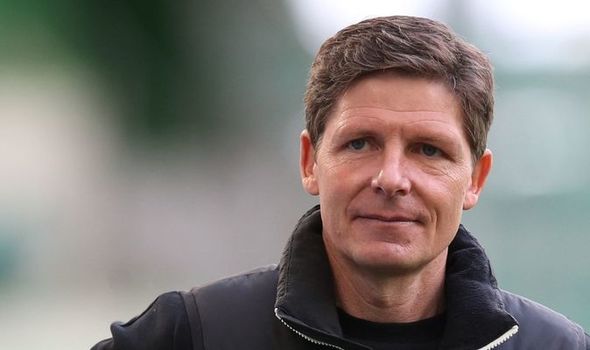 The Wolfsburg boss joined the club as a direct back in 2012 before being appointed as Roger Schmidt’s assistant manager.

Now his stock has sky-rocketed, with Spurs amongst a host of clubs keen on talking to Glasner.

However, Express Sport understands that the break clause in Glasner’s current deal with Wolfsburg is due to expire at the end of April.

It would mean any club could secure his services for a mere £4.3million fee.

Beyond that, Wolfsburg would hold all the cards and could demand a premium for their manager, whose current deal expires in the summer of 2022.

Glasner has been reluctant to look too far ahead when considering his future, due to the unpredictable nature of the Bundesliga.

“I can only say from my side: I have a lot of fun doing the job here, we are playing a great season and have a great team that is really good,” he recently said.

Before adding: “I’ve been in office here for 20 months. I am currently the coach with the sixth-longest term in the Bundesliga. 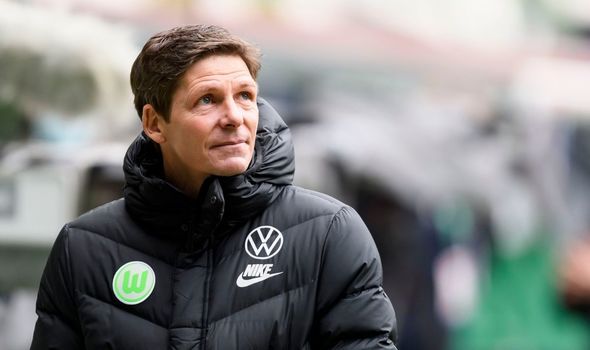 “The last four teams in the table have already employed twelve coaches this season.

“That says everything about the ability to plan a coaching job in the Bundesliga.”

Glasner is not thought to be amongst Tottenham’s top managerial targets but he is an option under consideration.

Ajax boss Erik ten Hag and Gareth Southgate are now being tipped as the frontrunners, per other reports.