Tottenham boss Jose Mourinho has close to a full squad available to him for today’s match against West Brom. The Spurs boss made a handful of changes to his line-up in the Europa League win over Ludogerts on Thursday.

Some of them were forced with Sergio Reguilon, Serge Aurier unavailable and Erik Lamela all unavailable.

Mourinho still opted for a strong line-up with the likes of Harry Kane, Gareth Bale, Toby Alderweireld and Eric Dier all starting in the Europa League tie.

And the Tottenham boss is set to have both Reguilon and Aurier available to step back in against West Brom.

Reguilon was suffering from an illness this week which ruled him out against Reguilon. 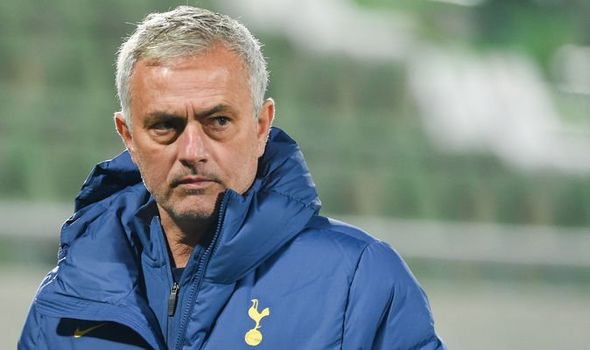 Aurier meanwhile was out with an injury but both players have been included in the squad to face West Brom.

But Lamela is not available as he continues to recover from a niggling issue.

The Argentine took to Instagram earlier this week to provide an update on his recovery.

“I have a problem on my foot and I have to be out of the field for a short time to fix it,” he posted on Instagram.

“I’m already working to get back in the best shape I can.”