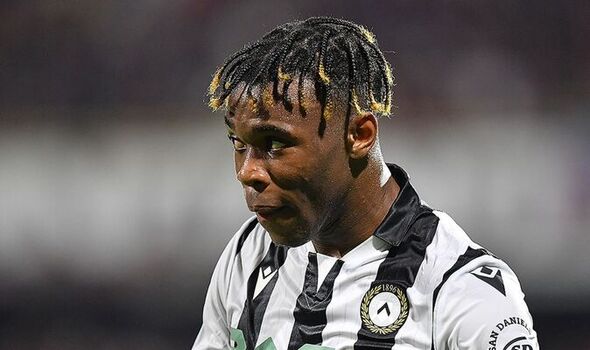 Tottenham target Destiny Udogie was absent from the Udinese squad for their Coppa Italia clash with Feralpisalo – sparking optimism a potential move to Spurs is in the works. The 19-year-old wing-back has been the subject of transfer talks between the two clubs as Fabio Paratici eyes a seventh summer signing for manager Antonio Conte.

Udogie is very highly rated in Serie A, where he was one of the best young players last season with Udinese.

His fine performances have attracted additional interest from the likes of Juventus, Inter Milan and Brighton, who view Udogie as a potential replacement for Chelsea’s new £63million signing Marc Cucurella.

Italian outlet Calciomercato have reported that Spurs already have a £20m verbal agreement in place over a deal.

The transfer would reportedly see Udogie move back to Udinese on loan for the season, where he will continue his development before moving to north London. 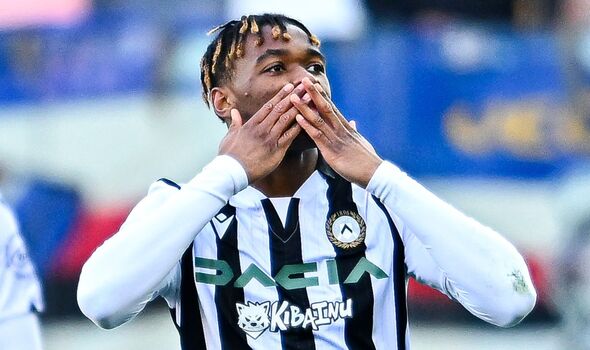 Speaking last year, Udogie has already outlined his desire to test himself in the Premier League: “I would like to head out [of Italy], maybe England.”

A number of clubs had delegates watching him in action for Udinese in the final stretches of last season.

Inter were keen to add him to their squad to replace Ivan Perisic but Udinese are yet to agree a sale, despite the recent developments regarding Tottenham’s interest.

Spurs are already well-stacked at left wing-back following the arrival of Perisic from Inter Milan.

The Croatian will compete with Ryan Sessegnon for the shirt this season with Sergio Reguilon now free to find a new club.

Barcelona, Sevilla and even Brighton have been linked with moves for the Spaniard, who was signed by Jose Mourinho in the summer of 2020.

Perisic is a doubt for Tottenham’s Premier League opener against Southampton on Saturday, Conte has confirmed.

He said: “It’s normal after a serious injury to be struggling a bit to come back in the best physical condition. Honestly, I’m surprised because he reduced his time to recover. We are really happy.

“At the same time we are not worried but we have to pay a bit of attention to give him the right time to adapt himself to recover 100 percent after his injury.

“But I know him very well and he is a very good addition for us. It will be really important for his experience for the younger players.

“Sessegnon is a player who plays in the same role. Ivan can teach him a lot of situations to improve.”

Tottenham are also interested in pursuing a deal for Roma’s Nicolo Zaniolo as they look to add a playmaker to Conte’s squad.