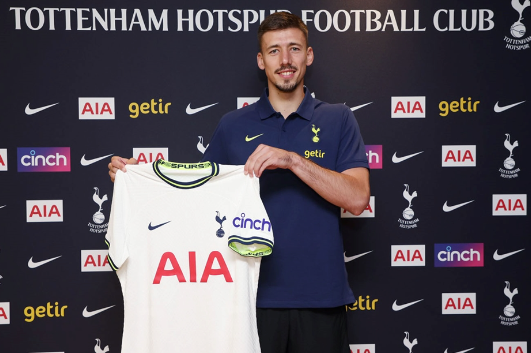 Clement Lenglet has joined Tottenham Hotspur on a season-long loan from Barcelona, becoming the club’s fifth signing of the summer under Antonio Conte.

The France international joins Richarlison, Yves Bissouma, Fraser Forster and Ivan Perisic in Conte’s significant rebuild in the white half of north London.

The 27-year-old defender is unlikely to be the last new arrival at Spurs during the transfer window, with Djed Spence still expected to arrive from Middlesbrough, although that deal is taking longer than expected to be completed.

If Spurs cannot get hold of Spence then they will likely turn their attention to another target who can play at right-wing-back under Conte. The manager is also keen to add another attack-minded midfielder to his ranks.

Lenglet, though, has filled a gap at centre-back which Conte wished to fill. The Italian now has Lenglet join his options in the middle of defence alongside Cristian Romero, Eric Dier and Davinson Sanchez, while Joe Rodon and Japhet Tanganga are also at the club but could move on.

However, there are likely to be plenty more outgoings, with the likes of Harry Winks, Tanguy Ndombele, Giovani Lo Celso, Emerson Royal and Sergio Reguilon all available for transfer at the right price.