Tottenham vs Liverpool is the game that World Cup managers will be DREADING… both teams are low on energy, form and numbers after being ravaged by injuries – amid fears that there could be more to come in Sunday’s high-octane clash

International managers will no doubt be holding their breath when watching Tottenham take on Liverpool, as they hope to avoid anymore last minute injuries before jetting off to Qatar.

The clash is arguably the last big Premier League fixture in the calendar before the 2022 World Cup begins in just a few weeks time.

It is, however, a much bigger concern than just the slight fear of more injuries for managers across the globe, as they are two injury-plagued teams low on energy and form right now, meaning they both desperately need the points. 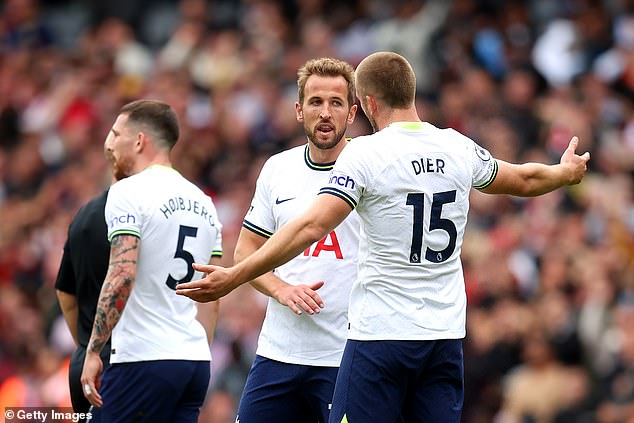 England will have an eye on the likes of Harry Kane, Eric Dier and Trent Alexander-Arnold 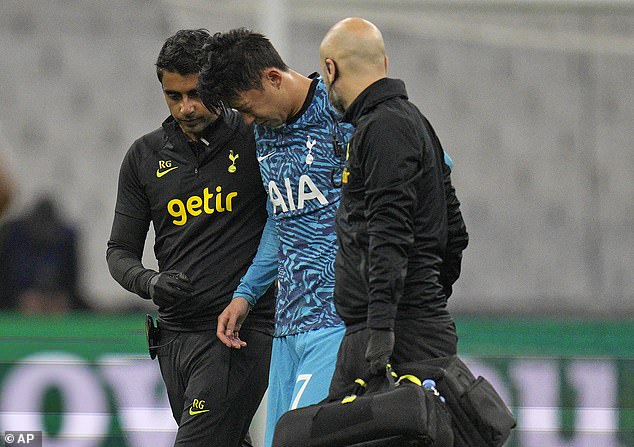 That desperation doubled with the fact both Liverpool and Tottenham have the two most demanding managers in the top-flight could be a recipe for disaster.

The Reds are already without the likes of Diogo Jota, Luis Diaz, James Milner, Joel Matip, Arthur Melo and Naby Keita for their trip to north London – forcing Klopp’s hand in terms of his selection. Jota and Melo have been ruled out of the World Cup due to their injuries.

Spurs are currently without the likes of Cristian Romero, Dejan Kulusevski, Richarlison and Son Heung-min, which also limits Antonio Conte’s options with some of those potential doubts for Qatar as well. 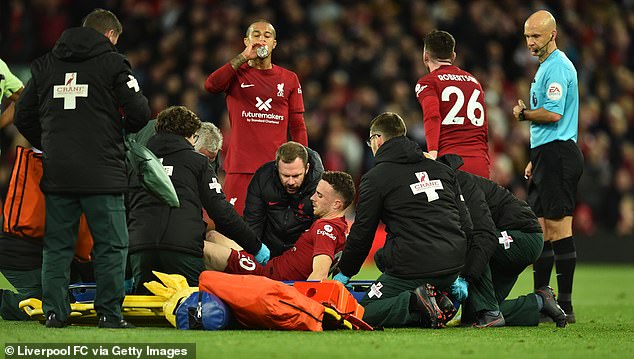 The lack of options is perhaps the reason for both teams inconsistent form of late with both teams looking too tired to live up to the high standards set by both Klopp and Conte.

Both the German and Italian ask a lot from their players, including a heavy training workload, a high pressing game, and incredible work rate off the ball throughout every single match.

Those aspects of both Spurs and Liverpool have not been up to scratch week in and week out so far this campaign with both bosses unable to rotate their squad more frequently with the heavy fixture list that has included the Champions League.

Either way both have to carry on pushing through this bad patch and pushing through is the best way to describe most of the players performances of late and you could argue there could be more injuries to come with an intense affair between tired teams expected.

A good example of a player that may be suffering from fatigue is Liverpool midfielder Fabinho, who has played in all of their Premier League games this season, but has not been able to be rested at any stage. 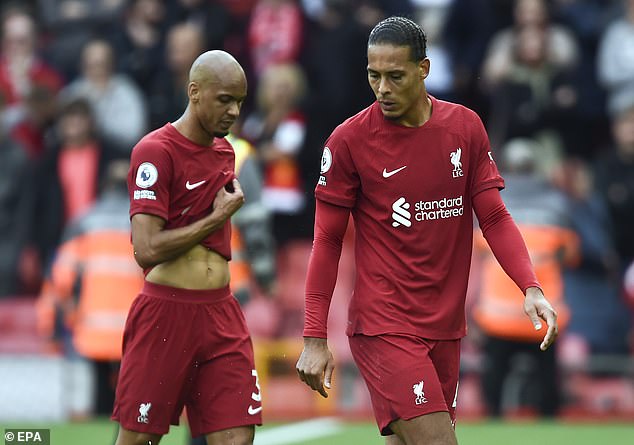 TV pundit Micah Richards has suggested that his legs ‘have gone’ after taking in the midfielder’s lethargic performances this season, meaning Brazil boss Tite will be concerned, with Fabinho normally a regular in his nation team squad.

Speaking on BBC’s Monday Night Club, Richards said: ‘It’s quite strange isn’t it, we were talking about Fabinho about 18 months ago as being the best defensive midfielder in world football.

‘He just looks like he can do all the same things apart from the legs. You know when you’re a midfielder and your legs just start to go, and you can’t get around the pitch as much as you would like, that’s what it seems to be.

‘I think it’s difficult at times when he’s played with (Fabio) Carvalho and Harvey Elliott, two more offensive (players), when normally he’s had a Henderson next to him or a Thiago next to him.’

Brazil boss Tite has already potentially lost the option to choose either Melo or Richarlison from these two sides for his squad, albeit Melo was probably an unlikely selection.

England boss Gareth Southgate will be hoping even potential options such as Ryan Sessegnon come through unscathed with the Spurs left-back becoming a strong option with Ben Chilwell looking unlikely to be fit. 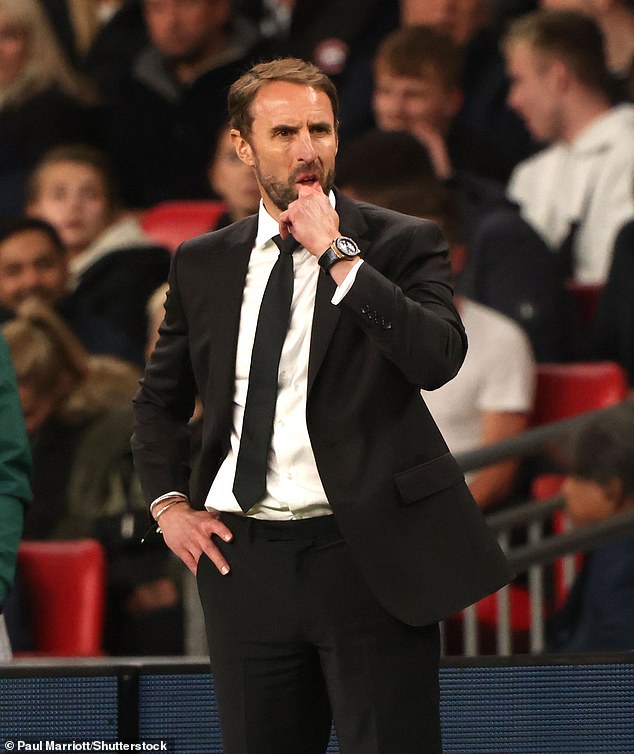 Of course, he’ll also have an eye on the likes of Harry Kane, Eric Dier, Jordan Henderson and Trent Alexander-Arnold during the match, as those are players who could well make his 26-man squad.

Alexander-Arnold perhaps would have missed out on the England squad but he could now be a shoe-in due to current injuries to Three Lions preferred right-back options of Kyle Walker and Reece James, unless either of them return to fitness in time.

Many other managers will also be looking on in fear with numerous players from each side in contention to be heading off to Qatar. 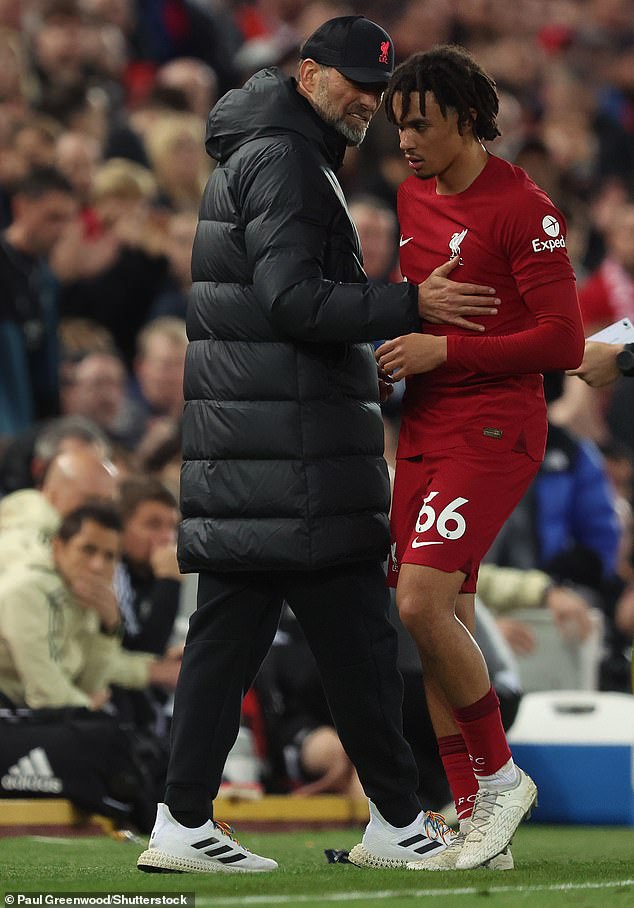 Trent Alexander-Arnold (pictured, right) could make the England squad due to other injuries

Rodrigo Bentancur and Pierre-Emile Hojbjerg who you’d expect to be playing in midfield for Spurs are expected to head off to the World Cup with Uruguay and Denmark respectively.

Ben Davies (Wales), Emerson Royal (Brazil), and Hugo Lloris (France) are other Tottenham stars that could feature whose managers will be eagerly watching on.

For Liverpool, Darwin Nunez (Uruguay), Roberto Firmino and Alison Becker (Brazil), Thiago (Spain), and Virgil van Dijk (Holland) will be cause for concern for their respective managers.