Tottenham vs Vitesse LIVE: New manager Antonio Conte only makes ONE change from side smashed 3-0 by Manchester United, as he looks to get his Spurs career off to a winning start in the Europa Conference League against Vitesse

Antonio Conte begins his reign as Tottenham manager on Thursday evening with a Europa Conference League clash with Vitesse.

The Dutch side beat a second-string Spurs last month in one of the low points of predecessor Nuno Espirito Santo’s tenure. Now, ex-Chelsea boss Conte will hope to kickstart his career in North London with a victory against the same opponents.

The Italian has named a near-full strength side, with only one change in personnel – defender Sergio Reguilon for midfielder Giovani Lo Celso – from the XI thrashed 3-0 by Manchester United in the game which sparked the sacking of Nuno.

Follow live Europa Conference League coverage from Sportsmail‘s Max Mathews of Tottenham vs Vitesse, including build-up, team news and updates for all the latest developments.

Elsewhere, Leicester are also in action as they host Spartak Moscow in the Europa League, while Celtic travel to Ferencvaros. We’ll keep you up-to-date with both too.

So three changes for the Foxes from their Premier League loss against Arsenal at the weekend.

Ryan Bertrand replaces Luke Thomas at left wing-back, Ayoze Perez comes in for the ill James Maddison in the No 10 role and Jamie Vardy makes way for Patson Daka up front.

As well as the Tottenham fixture tonight, I’ll also be bringing you coverage of two Europa League games: Leicester against Spartak Moscow and Celtic against Ferencvaros.

There is something to be said for continuity and consistency. You don’t want to throw the baby out with the bathwater and discard everything done by Nuno.

But equally, this is near enough the same side that got rinsed by United, leading to Nuno’s sacking. Not changing things up more is a bold call.

If they win, it could be seen as a great show of faith in those players, giving them confidence they can deliver under his management.

So Antonio Conte has made one change from the side thrashed by Manchester United, with defender Sergio Reguilon in for midfielder Giovani Lo Celso.

That will almost certainly mean a change of system, with Reguilon and Emerson Royal at wing-back, three centre-halves with Ben Davies switching from left-back to left centre-back, and the same front three.

In the hot seat!

So Antonio is definitely managing Tottenham tonight rather than sending unofficial orders from the sidelines via walkie-talkie, a la Jose Mourinho.

His visa was approved in time, so he will be front and centre, barking orders and, presumably, waving his hands around at the Spurs players.

…Team news is out in around 15 minutes. As I say, given the loss against Vitesse last time, Spurs’ precarious position in the group and it being Conte’s first game in charge, I can see him putting out a strong side.

Kane, Son, Hojbjerg are all possibilities. You can always take them off later if you’re winning…

But Vitesse are no longer just a hotbed for Chelsea players. There are no Blues on loan there now.

Thomas Letsch’s side have a few loanees from across Europe but it’s largely their own side, and they’re a decent side too.

Nuno Espirito Santo needs no reminding of that… 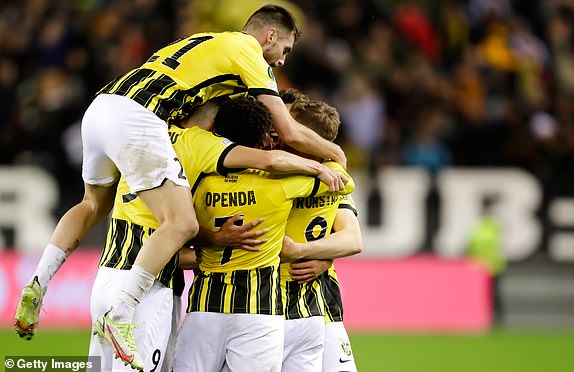 The visitors to North London tonight are Dutch side Vitesse, AKA Vitesse Arnhem AKA Chelsea juniors for their link to Spurs’ city rivals.

Plenty of Blues youngsters have cut their teeth on loan there, with stars like Mason Mount, Bertrand Traore, and Armando Broja spending time in the eastern city of Arnhem, Netherlands. 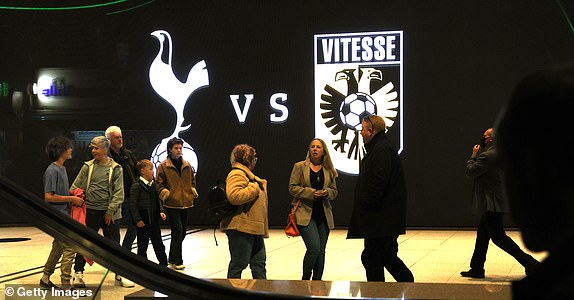 Tonight, Antonio Conte kicks off his career as Tottenham manager.

Tags: -, Europa, tottenham, Vitesse, vs
You may also like
Latest Posts