Premier League teams completed their transfer business earlier this week as the summer window slammed shut at 11pm on Thursday evening. And they spent a record £1.9billion between them. That means fans could now be set to witness another exhilarating season, with Manchester United and Arsenal looking to compete for Premier League silverware along with the likes of Manchester City, Liverpool, Chelsea and Tottenham.

United completed the signing of Brazil winger Antony, who joined the club from Ajax for a staggering £82million. And the Red Devils will now be under pressure to ensure his Old Trafford career is successful.

New manager Erik ten Hag, who began his United tenure with two defeats followed by thee victories, has enjoyed a productive transfer market and has managed to get his hands on six new players, including Lisandro Martinez, Casemiro and Christian Eriksen.

Arsenal, meanwhile missed out on Douglas Luiz after Aston Villa reportedly rejected three bids for the Brazil midfielder. And Gunners manager Mikel Arteta will now be forced to find solutions to his midfield problems.

And Chelsea, who spent a mouth-watering amount of money to overhaul their squad, have been sent a stark warning by Arsenal hero Ray Parlour after signing Pierre-Emerick Aubameyang from Barcelona. 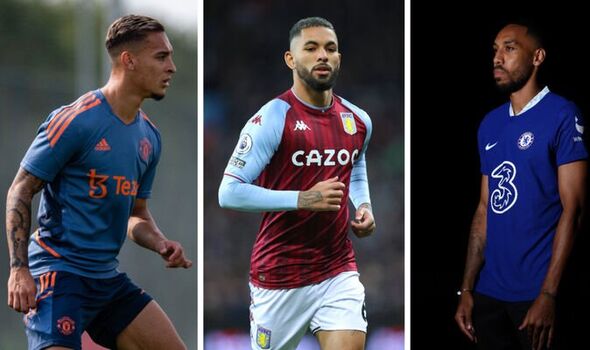 Good morning and welcome to Express Sport’s latest transfer blog. The summer transfer window slammed shut at 11pm on Thursday – so stick around for all the latest transfer reaction and news amid a full schedule of weekend Premier League football.