Today marks the day that the transfer window swings open with clubs from the Premier League and around Europe looking to add to their squads as we go into the business end of the campaign.

The window will typically opens on January 1 for Premier League clubs, which is also the case in Scotland, Germany and France, but those in Italy and Spain will have to wait until January 3 to make any signings.

A number of players have been linked with players already – with all eyes on Newcastle to see what business they will do under their new Saudi owners – while Manchester United’s Anthony Martial is also seeking an exit.

Sportsmail’s CHARLOTTE DALY will keep you up-to-date with all the latest news below. 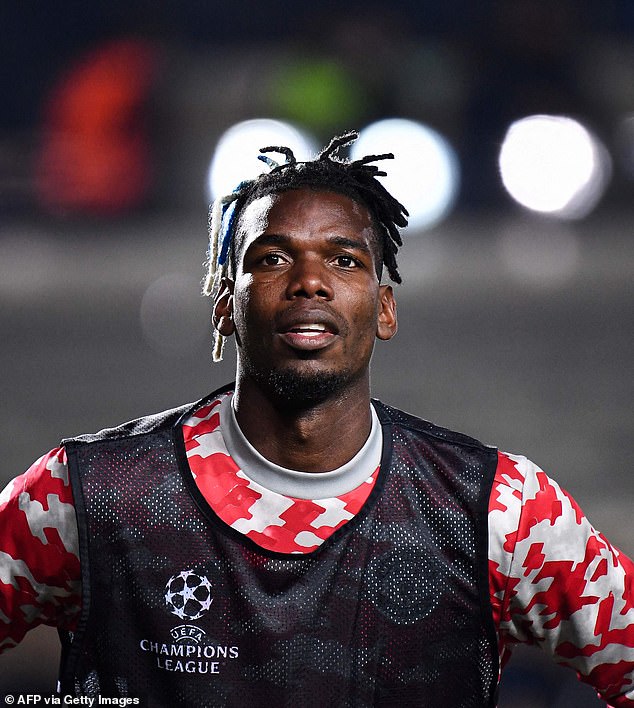 Everton have confirmed their first capture of the January transfer window, securing the services of highly-rated Dynamo Kiev full-back Vitaliy Mykolenko for £18million.

Trippier is one of Magpies manager Eddie Howe’s top targets this month in the club’s bid to avoid relegation from the Premier League.

City manager Pep Guardiola is in the habit of rotating his back four and Aymeric Laporte has had to play second fiddle to John Stones in spells at the Etihad.

Lossl will be available for selection once he has received international clearance and there is the option to make the move permanent.

Aubameyang’s Arsenal future is shrouded in doubt after he was stripped of the captaincy for disciplinary reasons.

Dembele, 24, is able to walk away from the Nou Camp for free at the end of the season and, despite his injury woes, a host of elite clubs from across the globe are certain to be keen to swoop.

Paul Pogba will be out of contract at Manchester United this summer!

Currently flying high in fourth in the Premier League, Mikel Arteta’s young and free-scoring side have impressed this season, although he is eager to splash out in this window.

The January window is typically a quieter period than in the summer, with perhaps the most notable transfers last time out being loan moves for Jesse Lingard and Martin Odegaard to West Ham and Arsenal respectively, alongside Amad Diallo’s big-money switch to Manchester United.

Franck Kessie’s current contract with Milan is set to expire at the end of June and the Serie A giants have so far been unsuccessful in their attempts to convince him to stay.

Liverpool have been urged to sign Leeds United star Raphinha as cover for Mohamed Salah and Sadio Mane.

Newcastle boss Eddie Howe is said to have made Kieran Trippier one of his priority targets as he looks to bring in reinforcements ahead of the Magpies’ looming relegation battle.

England international Rice has enjoyed another fine season on the back of his success at Euro 2020, and is spearheading West Ham’s bid for a place in the Champions League.

As a result, he has become hot property for the January transfer window.

Good morning and welcome to Sportsmail’s Transfer Live blog for the January window!

Stay tuned throughout the day to receive all the latest and breaking transfer news as we get it so you don’t miss a thing.