Arsenal’s summer is assessed on the latest Transfer Talk podcast, where it is also discussed who will leave the Emirates Stadium before August 31.

Sky Sports News’ Pete Graves and Dharmesh Sheth are joined by ESPN football expert Gabriele Marcotti for this week’s episode, on the back of Martin Odegaard’s return to north London, where he looks likely to be joined shortly by Aaron Ramsdale.

The team discuss Arsenal’s increasingly big-spending summer as well as who might head out of the exit door to help balance the books, and analyse how they can learn from some expensive mistakes in recent years to improve going forward.

‘Arsenal have to be smart with Leno’

With Ramsdale likely to cost up to £30m, the future of Bernd Leno has been called into question given the German will enter the final year of his contract next season, and suggested earlier this year he wanted a fresh challenge away from the club.

That led Marcotti to question the thinking behind Arsenal’s move, and whether the club have a long-term plan in place once Ramsdale is signed. 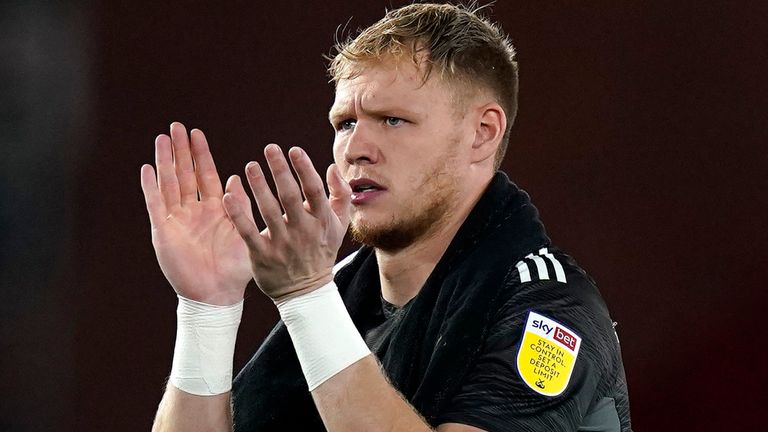 He told the podcast: “I think Ramsdale can be a better goalkeeper, but Arsenal have to be smart. And if they’re smart, when you make a deal, you already have another deal lined up. If you make a deal, and you often have a deal out because it’s like the domino effect.

“So, if they have somebody lined up to take Leno that makes sense. If, as I’ve read and as people in the know keep saying, they’re getting this because (Mikel) Arteta likes to have two number one goalkeepers competing for the position, I really don’t get it because you had that when you had Emi Martinez there. And we saw how that worked out – he ended up wanting to leave. I don’t think top clubs, by choice, often have two number ones competing for a position.

“It can happen sometimes. but that’s a particular situation at Manchester United for example. In most other clubs you have a clear hierarchy. So what that tells me is if they’re smart they have somebody lined up for Leno, either that or Arteta just really doesn’t like him.”

Could Aubameyang, Lacazette move on? 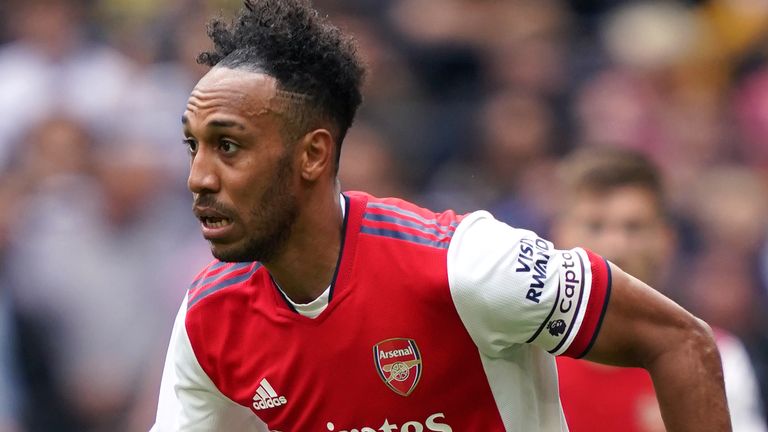 Pierre-Emerick Aubameyang has endured a tough 12 months, only just reaching double figures in goals in the Premier League last season, while he and forward colleague Alexandre Lacazette both missed the opening-day defeat to Brentford due to Covid.

Their joint absence initially raised questions over their futures before the reasoning was revealed, but Sheth told the podcast the club will not entertain any offer for Aubameyang, at least, before the window shuts.

“I spoke to a contact about this and I asked them exactly that question,” he said. “‘Are Arsenal willing to sell, and willing to listen to offers for Pierre-Emerick Aubameyang?’. And the answer was that they are not willing to sell him, he is a key player. And then the key phrase was to ask who could afford him in this current climate? It would represent a slight loss of face if they were to sell Aubameyang now given how hard they tried to tie him down to that big new contract.

“There are interested parties, and you’d expect that for a player like Aubameyang. Barcelona, we were told, wanted to do a deal, which would involve Philippe Coutinho going the other way. Whether that was a rumour, whether that was an actual story that had come from Barcelona or whether they were trying to advertise that Philippe Coutinho was available, that could have been the reason. But as far as Arsenal are concerned, as from what I’ve heard, they’re not willing to listen to offers.” Marcotti is less certain of Aubameyang’s future, and suggested the Gabon forward’s declining form, plus Lacazette’s contract ending next summer, as things stand, meant there was a good chance one could leave the club in the next 11 days to give the Gunners a chance to re-invest any financial gain.

“For Lacazette, since he hasn’t extended his contract, it’s a chance to get a little bit of money back and rid yourself of his wages which are very big,” he said. “And for Aubameyang, it might also be a case of what does he want to do? Obviously, he’s very attached to Arsenal, very loyal to Arsenal, but equally, there’s no European football this year, and I don’t know that Arsenal are favourites to qualify for the Champions League next season.

“He might say, the clock’s ticking, if I can go and get some Champions League football, and maybe also help the club a little bit if they’re open to it, maybe this is something that can be worked out. So I still think there are choices to be made if Arteta is as determined to rebuild through youth as some people say. Then, I think it would make sense to shift one of those two and use some of the resources elsewhere.”

Where does responsibility lie?

Arsenal’s recruitment hierarchy has been simplified since the departure of both Sven Mislintat and Raul Sanllehi, but Arteta still works under technical director and former Gunners midfielder Edu, who plays a major part in their transfer business.

But their incomings and outgoings have still come in for criticism since the Brazilian’s role became more pronounced, and Marcotti said an appreciation of who had been responsible for the club’s less successful transfer dealings was needed to improve their recruitment decisions going forward.

He said: “Where does Arteta end, and where does the front-office management, the Edu player recruitment side, start? I think Arteta has done a really good job, as a manager tactically, in the way Arsenal play. They look cohesive, I think some of the younger players have kicked on.

“I disagree with a lot of the choices that they made, transfer and squad management-wise in the last two years. And I don’t know that those are down to Arteta. But I’ll tell you who will know, the Kroenkes will know. And I think they need to operate based on that.