Trent Alexander-Arnold praised the help of the Anfield crowd as Liverpool came from behind to win 3-2 against West Ham on Monday night. Liverpool fans felt they were in for an easy night’s work following Georginio Wijnaldum’s eighth-minute header which just about made its way past Lukasz Fabianksi following a menacing cross from Alexander-Arnold.

Those cheers were replicated three minutes later, only this time in the concentrated area of the West Ham away end as Issa Diop brought the relegation-threatened visitors level.

David Moyes’ men then looked as if they may become the first team to defeat Liverpool in the league this season when Pablo Fornals found space in the area and turned in from 12 yards.

But, with Anfield in full voice, Liverpool mounted a comeback with goals from Mohamed Salah and Sadio Mane securing their 26th league win of the campaign.

And Alexander-Arnold was full of praise for the crowd’s part in the hard-fought victory when speaking after the game. 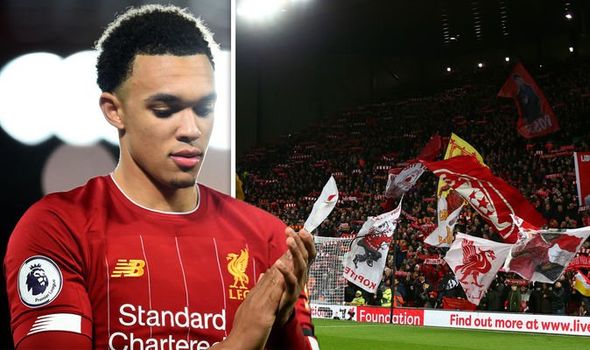 “Obviously we felt like we’ve dominated the game but that’s football,” the right-back, who provided the assist for Mane’s winner, told Sky Sports.

“We’ve let them have two or three chances, the set-piece was probably their best chance of scoring today so we’ve got to look at that.

“We’re happy with the win, that’s the main thing, but there’s a lot of things we need to get right.

“The fans were massively with us, they were unbelievable, especially when we went behind. For us, it’s a massive help.

“We just tried to keep going, that’s the mindset drilled into us by the manager. It paid off in the end.”

Alexander-Arnold is now on 14 assists for the league season – only second to Kevin de Bruyne on 16.

When discussing the freedom afforded to him by Klopp, the 21-year-old explained: “The manager gives us freedom, he understands the players’ qualities and that’s massive for us.

“We’re an attacking side, we want to create chances, we want to be scoring goals and hurting opponents and the best way to do that is getting players forward and creating as many chances as possible. 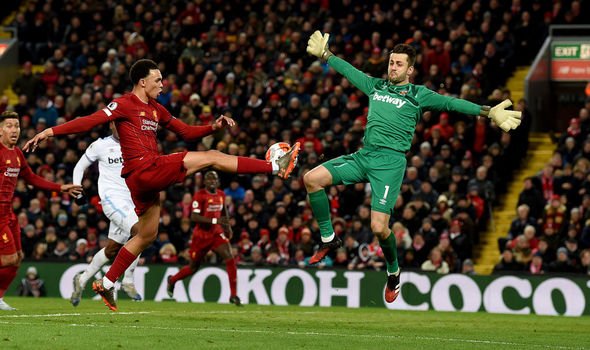 “We’re in a good position now but we need to keep working hard.

“I’d say we’re confident more than anything, we believe in our own ability.

“I’d say the overwhelming feeling for everyone is hunger to be as successful as possible, to win every game we go into.

“We want to be winning everything we can be.”