Gareth Southgate will now have to decide on who to bring in as Trent Alexander-Arnold’s replacement from England’s standby list with the full-back ruled out through injury – and there is only really one option. Alexander-Arnold’s place in the 26-man England squad was seemingly the biggest topic leading up to Southgate’s announcement.

The England boss then confirmed the Liverpool full-back had known ‘for weeks’ that he was going to be selected.

It raised some questions on how Southgate would utilise all four right-backs in his squad for the European Championships.

But he gave a hint on who play on the right side of defence out of Alexander-Arnold and Kieran Trippier with the former selected to start against Austria on Wednesday at right-back.

The game itself proved to be a difficult exercise to garner much information out of with a host of players yet to meet up with the squad such as Phil Foden, Marcus Rashford and John Stones. 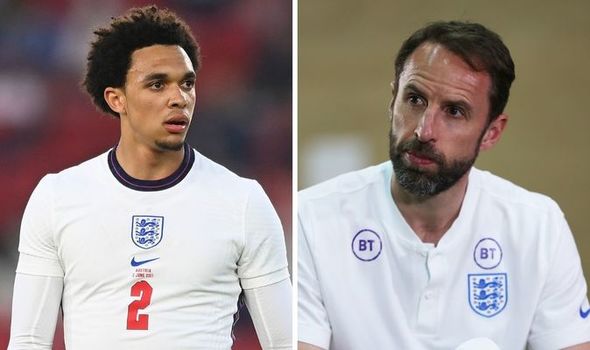 There were impressive performances from Bukayo Saka and Jack Grealish though to give Southgate some food for thought.

But disaster struck in stoppage time when Alexander-Arnold limped off the field with a leg injury.

Now scans have revealed the full-back will be out of action for up to six weeks, ruling him out of the European Championships.

And attention will now turn to who Southgate picks to come in as Alexander-Arnold’s replacement.

With Mason Greenwood unavailable due to injury, the England boss has six options to choose from.

Ben White impressed when he came on against Austria on Wednesday while Ollie Watkins, James Ward-Prowse and Ben Godfrey also featured in the second half.

Aaron Ramsdale will almost certainly not be called upon, but Southgate may already know who his first choice will be.

Jesse Lingard was the only player who wasn’t selected in Southgate’s 26-man squad who started against Austria. 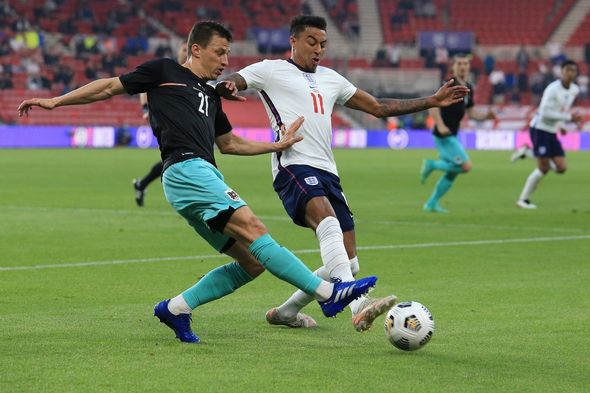 And the versatile attacker put in a solid display, playing a crucial role in Saka’s game-winning goal.

Lingard’s omission from the original 26-man squad was seen as harsh by some with the 28-year-old enjoying a stellar second-half of the season on loan at West Ham.

He also holds far more experience than the other England players on the standby list, something Southgate may well rely on if the Three Lions go deep into the tournament.

An argument could be made for all other outfield players to be selected and Southgate may well mull over his decision.

But Lingard appears to be the standout pick and he could well prove to be a valuable member of the squad.

Tags: autoplay_video, Trent Alexander
You may also like
Latest Posts