Former Liverpool right-back Glen Johnson talks about Trent Alexander-Arnold and his form for Liverpool and England.

Trent Alexander-Arnold has been urged to ‘retire’ from England duty by former Aston Villa captain Gabby Agbonlahor after the Liverpool defender was once again snubbed by Gareth Southgate during the international break. The 23-year-old has rarely been trusted for a place in the starting XI by the Three Lions boss and the talkSport pundit believes he should now avoid international duty until a new manager comes in.

Alexander-Arnold is considered by many to be the best right-back in the world due to his immense technical ability however he has been unable to break into England’s first team, making just one appearance for the national team all year. His place at the World Cup appears to be heavily at risk especially after he was left out the squad entirely for the Germany match.

It has to be said England are well stocked in the right-back department with Kyle Walker, Reece James and Kieran Trippier all top stars. The Chelsea and Manchester City men have been particularly hard to dislodge, with both men better in defensive areas than the Liverpool man.

Southgate is also known to have his favourites, highlighted by his unwavering loyalty to Harry Maguire, and the Newcastle vice-captain has never let him down. However, he has caused controversy with comments suggesting the 32-year-old’s all-round game is better than the scouser. 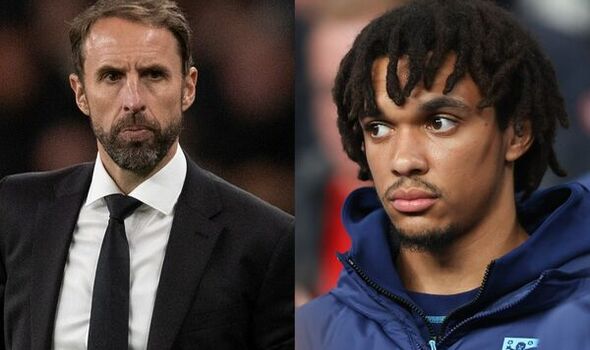 As a result, Agbonlahor has called on Alexander-Arnold to quit international football, at least until Southgate moves on, over his lack of game time.

“If I was Trent, I would retire from international duty if I don’t go to the World Cup,” the 35-year-old told talkSport. “What’s the point of going away on these international breaks when you can stay with your club, rest and get prepare yourself for Liverpool.

“We’ve seen players in the past retiring from England in the past because they weren’t getting the opportunities. It wouldn’t surprise me if he did.” 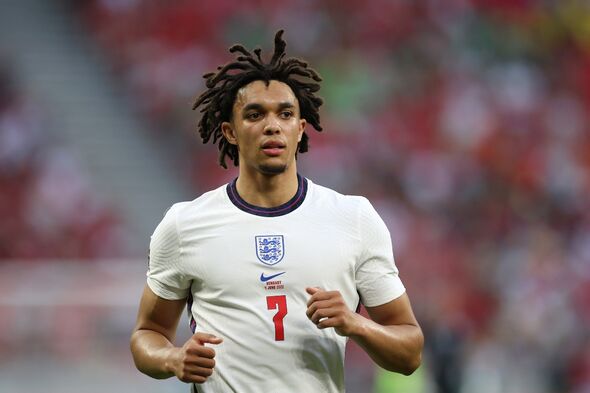 The striker, who received three England caps during his career was also particularly scathing about Southgate’s comments on the relative quality of Trippier and Alexander-Arnold, rubbishing the England manager’s claim that he was a better all round player.

“For Southgate to come out and say Trippier is a better all round player than Trent is an insult,” he said. “I do like Trippier but Trent is an all-round better player.

“Walker and James for me are better but not Trippier. The joke’s over Gareth.”