Axel Tuanzebe’s agent has taken a swipe at Manchester United after securing his client a loan switch to Napoli this month.

Tuanzebe, 24, spent the first half of the season on loan at Aston Villa, but after falling out of favour under new manager Steven Gerrard he decided to cut the move short.

The defender left Villa Park and instead sealed another loan at Napoli, where he will be providing cover for Kalidou Koulibaly with the Senegal international away at the Africa Cup of Nations. 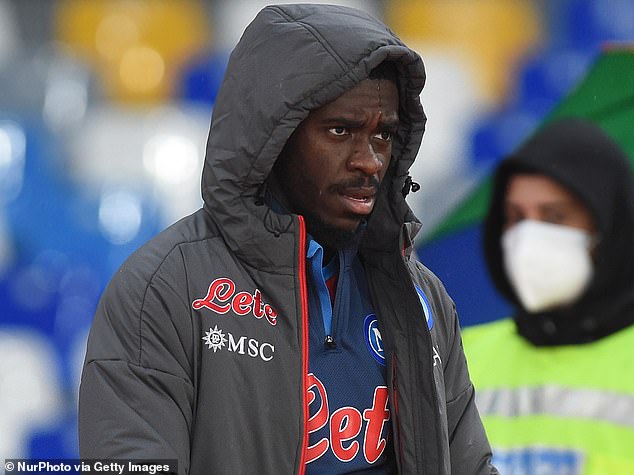 But following the move, Tuanzebe’s agent has hit out at United over their treatment of young players, claiming there is no ‘policy to improve their training’ at the club.

‘They were looking for a structured defender but with speed in his legs, and Axel married very well. 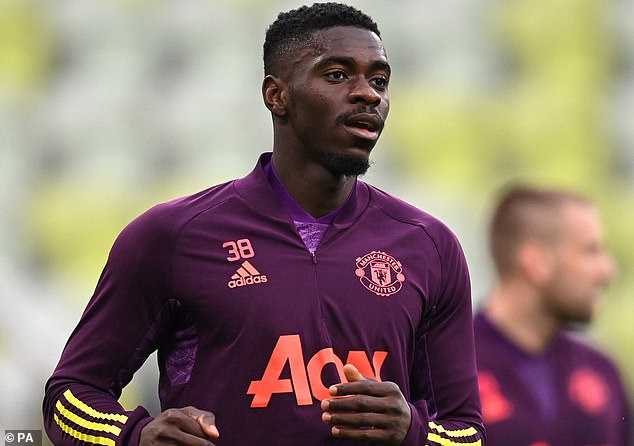 ‘He still has to express himself to the maximum but he’s very strong and can be very useful to Napoli.

‘I believe that Manchester United has made particular decisions for the growth of their young players, I don’t think they have a policy to improve their training.

‘They are confusing in the management of players under contract. Tuanzebe has returned to these managerial changes.’

Tuanzebe made a positive start to his loan spell at Villa, featuring seven times in the Premier League under Gerrard’s predecessor Dean Smith.

However, after the Liverpool legend replaced Smith he was only afforded eight minutes of action in their next nine matches.

And Tuanzebe’s brother Dimitri believes Gerrard’s connection to Liverpool was a factor, suggesting he was not prepared to help develop a young player from one of their fiercest rivals.

‘Axel didn’t decide to move until it became very clear that he isn’t the manager’s first-choice centre-back and the Napoli offer was very tempting. 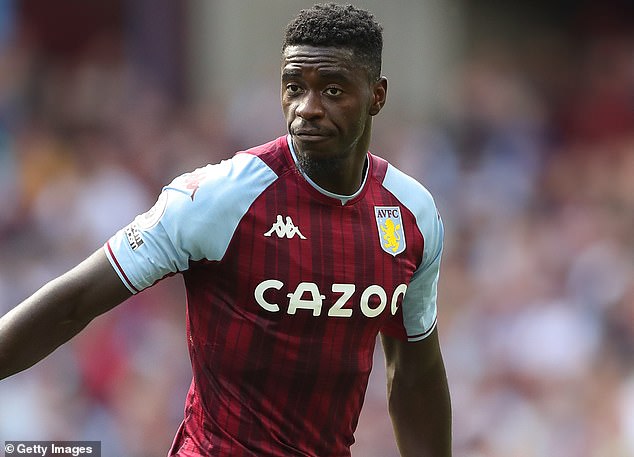 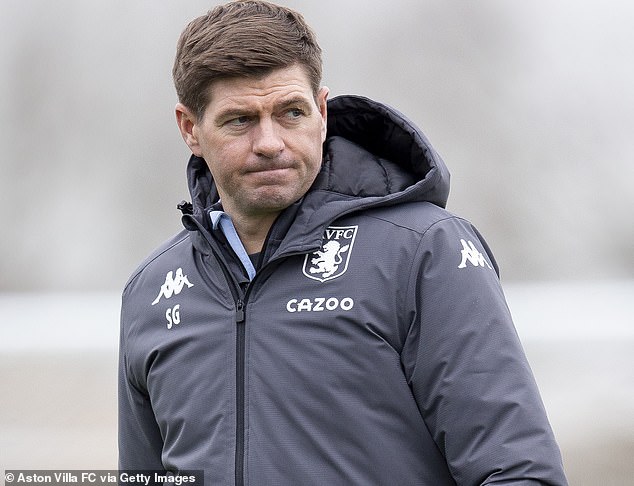 ‘I have a lot of mixed emotions when it comes to Axel’s time at Villa. He is loved by the fans as he contributed highly to the club’s success in the Championship where he was one of the key players that helped Villa return to the Premier League.

‘However, following the arrival of Steven Gerrard at Villa Park, it felt as if the rivalry between Man United and Liverpool came to life.

‘For the avoidance of doubts, Axel was very open to staying at Villa, he loves the fans, being in Birmingham but he also has a career that he can only build and reach his full potential in an environment where opportunities to play are fair.’