‘I’ve never seen anything like it’: Tunisia boss Mondher Kebaier furiously reacts to his side’s controversial AFCON defeat to Mali after the referee blew for full-time after just 85 MINUTES and slams the decision as ‘inexplicable’

Tunisia manager Mondher Kebaier has claimed he has ‘never seen anything like it’ in his coaching career after his side’s Africa Cup of Nations tie against Mali descended into chaos.

The referee blew the final whistle after just 85 minutes before restarting play, but then blew again with just 89 minutes and 43 seconds of the Group F clash gone. 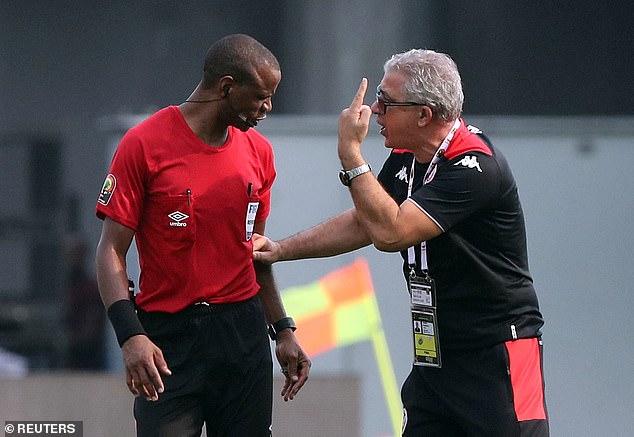 Mali coach Mohamed Magassouba’s post-match press conference was later interrupted as it was announced the final three minutes of the game would be played.

But Tunisia appeared to refuse to return to play the remainder of the game leading to the Zambian official blowing his whistle once again to call off the match, meaning the 1-0 victory for Mali will stand.

In the aftermath of the chaos Kebaier slammed the decision as ‘inexplicable’, claiming he had never seen anything like it in his managerial career. 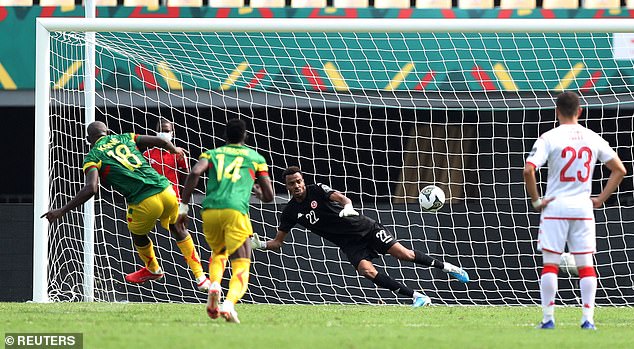 ‘At the 85th minute he blows final whistle. Again at 89th minute. There was supposed to be 7-8 minutes of additional time. His decision is inexplicable.’

‘The players were taking ice baths for 35 minutes before they were called back out again,’ he added. 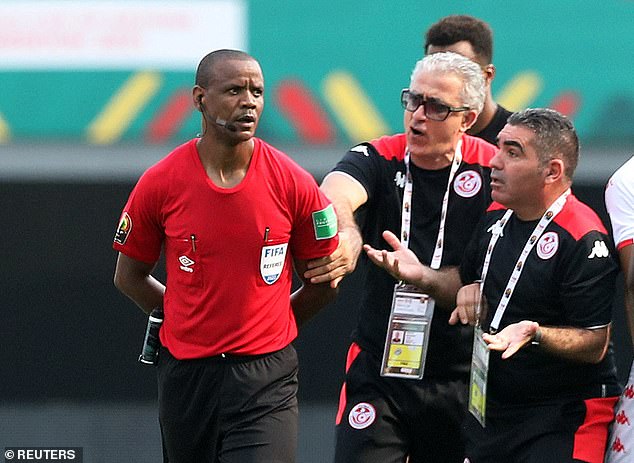 ‘I’ve been coaching for a long time never seen anything like it. Even the 4th referee was preparing to lift the board and then the whistle was blow.’

Tunisia’s bench reacted furiously with the manager grabbing the arm of the Zambian referee and pointing to his watch in the immediate aftermath of the full-time whistle.

Kebaier was then joined by his backroom staff in protesting, with the boss confronting one of the linesmen to complain about the game being brought to a premature end with his side losing 1-0.