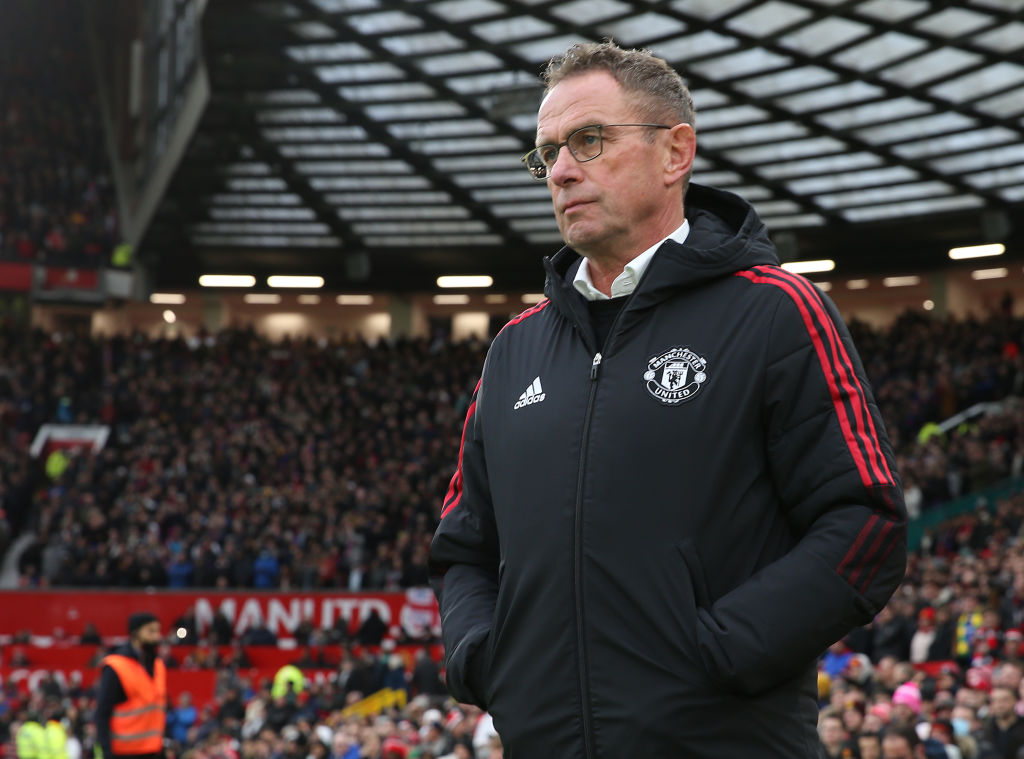 Rangnick has thus far stuck largely by the players who ultimately failed Solskjaer and is already reportedly set to ditch his favoured 4-2-2-2 formation in a bid to kick-start his tenure.

Gary Neville, meanwhile, was shocked by the conduct of Cristiano Ronaldo and Bruno Fernandes after the draw at St James’ Park after they ignored United’s away support, and the mood in the camp has reportedly been negatively affected by Rangnick’s decision bring in early evening training sessions.

According to the Daily Mail, several first team stars are already questioning their futures with Dean Henderson set for showdown talks with his new manager.

The England goalkeeper signed a new deal as recently as August, but David de Gea’s return to form has limited his opportunities this season and he is desperate for regular first team football.

Eric Bailly, too, signed an extension earlier this year, and is unhappy with his bit-part role but underlined his determination to force his way into Rangick’s plans by returning to Manchester ahead of tomorrow’s game against Burnley, having been given permission to join up with the Ivory Coast squad ahead of the African Cup of Nations.

Jesse Lingard is also said to be frustrated with his decision to snub a summer move to West Ham having backfired, while Anthony Martial appears destined to join Sevilla on loan, despite United knocking back the Spanish side’s initial approach.

Speaking about the France international’s future earlier this week, Rangnick said: ‘We spoke at length. He explained to me he’s been at Manchester United now for the last seven years and he feels it’s the right time for a change, to go somewhere else.

‘I think in a way this is understandable, I could follow his thoughts, but on the other hand, it’s also important to see the situation of the club.

‘We have Covid times, we have three competitions in which we still have high ambitions and we want to be as successful as we can be.

‘As far as I know, there has been no offer from any other club and, as long as this is the case, he will stay.’