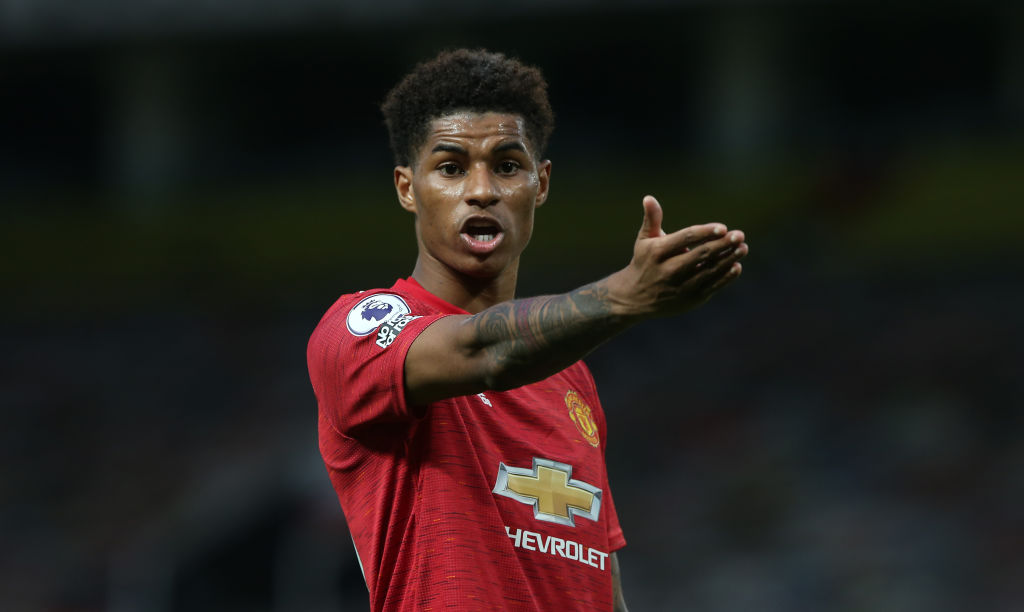 Tyson Fury has offered his support to Marcus Rashford after the Manchester United star revealed he suffered a huge amount of racist abuse after defeat in the Europa League final on Wednesday night.

Manchester United were beaten on penalties by Villarreal in the final in Gdansk and the England striker revealed shortly after the game that he was being sent a string of racist messages.

‘At least 70 racial slurs on my social accounts counted so far. For those working to make me feel any worse than I already do, good luck trying,’ Rashford tweeted.

World heavyweight champion and Manchester United fan Fury has offered Rashford his support in the face of this hideous behaviour.

‘Keep fighting the good fight @MarcusRashford, I stand with you my brother,’ Fury responded on Twitter. ‘Racism needs to eradicated all facets of life and sports. We go again, never give up #spartan.’

The 23-year-old wrote: ‘I’m more outraged that one of the abusers that left a mountain of monkey emojis in my DM is a maths teacher with an open profile. He teaches children!! And knows that he can freely racially abuse without consequence…’

‘There is simply no excuse for it and we utterly condemn it.

‘Manchester United has zero tolerance of any form of racism or discrimination and we encourage people to report it through manutd.com.

Last year Fury called for Rashford to be knighted due to his incredible work in pressuring the government to provide free school meals for children.

The pair were in the running for BBC Sports Personality of the Year at the end of 2020 and Fury said Rashford deserved every award going.

‘I think they should give him a knighthood, make him Sir Marcus Rashford. I also think, Sports Personality of the Year. Everything.

‘Fantastic job and credit to him’