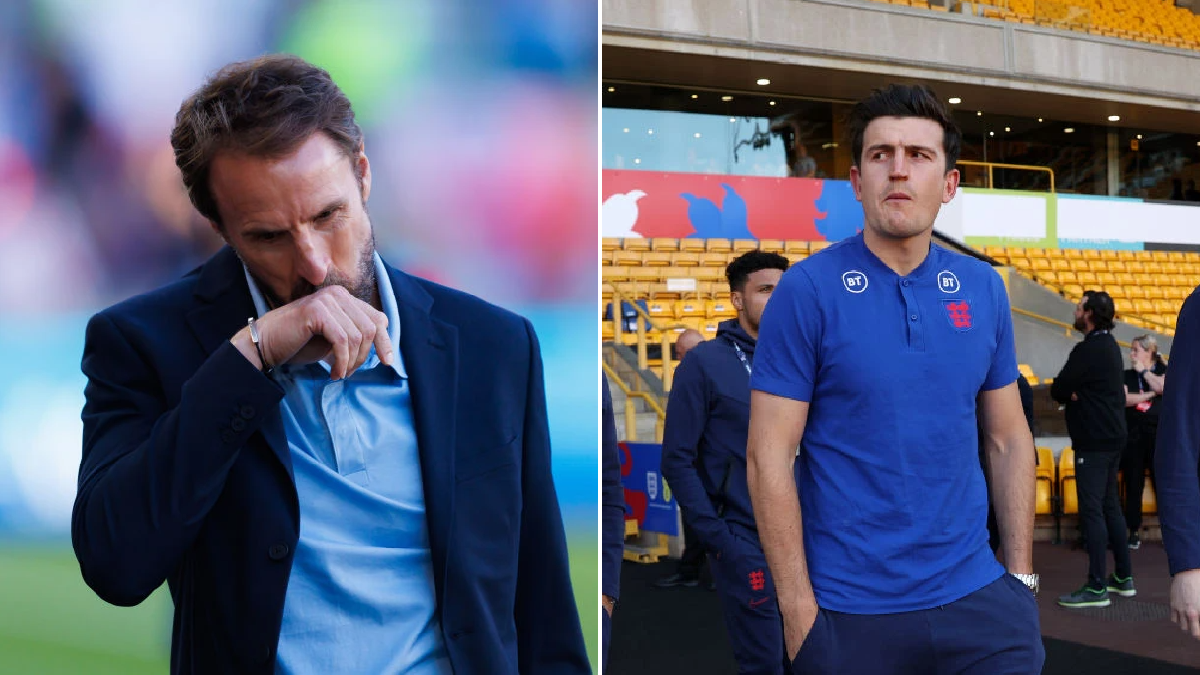 Following a shocking 4-0 defeat at home to Hungary, Metro.co.uk looks at the problems facing England and under-fire manager Gareth Southgate with the World Cup firmly on the horizon.

Fan backing on a knife-edge

So is this the beginning of the end for Gareth Southgate? Following the booing, jeering and chanting at Molineux on Tuesday, the truth is it could be.

This could represent the start of real problems for a manager who has taken the national team to a World Cup semi-final and European Championship final if the side continues to go downhill from here.

Clearly, there appears to be a growing element of Three Lions fans who want Southgate out. His perceived lack of attacking football and lack of desire to start Jack Grealish – who did not even make it off the bench in Wolverhampton – has gone against him in that respect.

He’s seen as a diplomat, not a top boss. But the results (this month aside) say otherwise and he will point to that as England prepare for the World Cup. The fact remains Southgate must win over supporters again.

How does he do that? Winning against Italy and Germany in the two remaining Nations League fixtures in September would not do any harm but the truth is only success in Qatar can convince the doubters Southgate is the right man to continue as England manager.

Everything will be judged against the team’s performance in the Middle-East. Those who believe his inability to finish the job, by not making the right changes when required in big matches, will be so vast in number if it happens again that it feels like it must be third time lucky in a big tournament this time.

England followers might be running out of patience now but Southgate does deserve more – more time and more backing to get it right. Going to the World Cup up against it could prove a recipe for disaster.

Southgate again shielded his players in midweek. He was to blame, the boss says, not the squad, for the 4-0 shock loss to Hungary.

But, concerns over tiredness to one side, players who are lauded week in, week out in the Premier League – frequently described as the best league in the world – were bested twice in the space of a fortnight by a Hungarian team, rather than individuals.

Southgate’s respect for Harry Maguire only grew after watching England’s defence fall apart and the truth is he needs Maguire to lead from the back now more than ever, even if the Manchester United man has had a torrid season with his club. England’s players must look to Hungary’s example of how to display heart and desire.

Not on this evidence. How many replacements truly put their hands up to start next time? It was a massive disappointment to see England’s fringe players fade as they did.

The chance was there to stake a claim but the reality is the Three Lions’ starting XI in Qatar will likely be very, very similar to that which finished last year’s Euros. For all the English talent around, perhaps only Jude Bellingham is threatening to go on and become a national-team regular.

Four matches, no goals from open play says it all. Only Harry Kane and Raheem Sterling appear capable of scoring against anyone other than football’s minnows in an England shirt and plan B after that looks like getting a header from a set-piece. So, somewhere, somehow, Southgate has to find goals from somewhere else ahead of the World Cup.