Ole Gunnar Solskjaer admits Manchester United will continue to ‘suffer’ while they remain outside the Champions League.

United released their latest financial figures on Tuesday with revenue predicted to drop by as much as £70million this year from £627m.

That is largely due to their absence from the Champions League and has opened the door for Liverpool and Manchester City to overtake them. 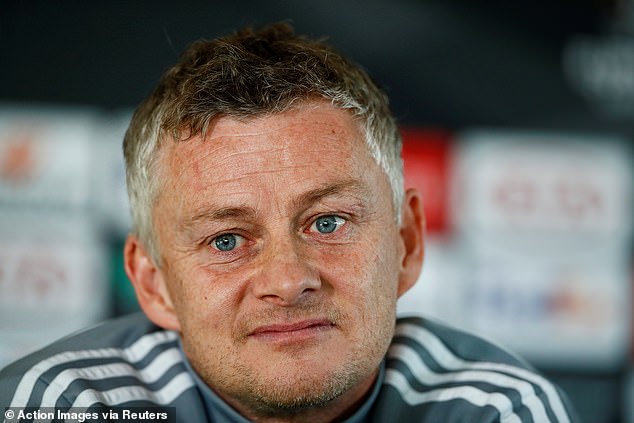 Solskjaer is hoping to reclaim a place among Europe’s elite either through the Premier League or Europa League as United prepare to face Club Bruges in the second leg of their last-32 tie at Old Trafford on Thursday night.

The United boss underlined the importance of beating the Belgians to improve their chances of a Champions League return but insisted that he cannot rely on one competition alone.

He said: ‘We’re a big club and we’ve got good finances but the longer you’re out the more you suffer, so it’s an ambition to get back into the Champions League. For footballing reasons and financially it will help the club. We’ve got to focus on this competition, then the league on Sunday and then FA Cup.

‘I think we need to take one game at a time. Both (Europa League and Premier League) are possibles. In a cup competition you never know. It might be a bad day. 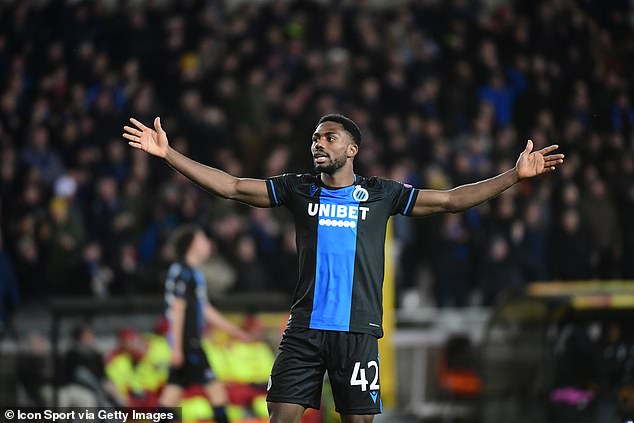 Emmanuel Dennis, the scorer of Bruges’ goal in the first leg, has been ruled out of the return tie

‘You can’t rely on winning this. There are some good teams in it and we need to get past Bruges. We’re looking forward to the game.’

United’s hopes have been lifted with the news that Emmanuel Dennis – the man of the match who scored Bruges’ goal in a 1-1 draw in the first leg – is out with an ankle injury.

Bruges captain Ruud Vormer is also out with a knee injury and Eder Balanta is suspended. However, Solskjaer expects Senegal winger Krepin Diatta is set to return from injury.

‘We need to play against 11 players so it might change,’ added Solskjaer, who turned 47 on Wednesday. ‘If Vormer and Dennis are injured it does something to them.

‘I know Krepin Diatta is back in, and he is the most exciting player. He is fit I understand.’

Tags: &apos;suffer&apos;, United, will
You may also like
Latest Posts