An unnamed club is attempting to hijack Southampton’s move for Brest full-back Romain Perraud. The 23-year-old, who was named in the Ligue 1 Team of the Season, could be available for as little as £8.5million (€10m) this summer and a host of Premier League clubs have been watching him closely.

Leeds were believed to be in pole position to sign Perraud heading into the final few months of the season.

Whites director Victor Orta has instructed his scouts to keep a close eye on his performances with Brest.

Discussions over the finer details which include bonuses and add-ons are well underway. 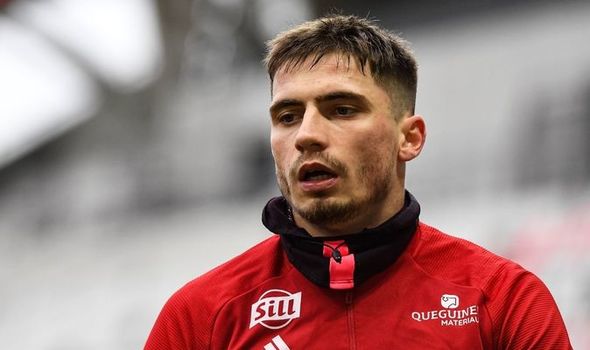 Southampton want to sign the former France youth international as a replacement for the departing Ryan Bertrand.

The former Chelsea and Aston Villa man decided against signing a new deal at St Mary’s and is expected to join Leicester on a free transfer.

However, the Saints are now facing a race against time to get a deal over the line for Perraud…

RMC Sport in France claim an unnamed club is now at the table, looking to rival Southampton’s bid.

Although unconfirmed, Leeds cannot be ruled out on the grounds they have shown firm interest in recent months.

Lille and Lyon are also believed to be interested alongside Newcastle.

Leeds are in the market for a left-back with Ezgjan Alioski’s future still up in the air.

The Macedonian utility man was expected to depart Elland Road after failing to agree on a new contract. 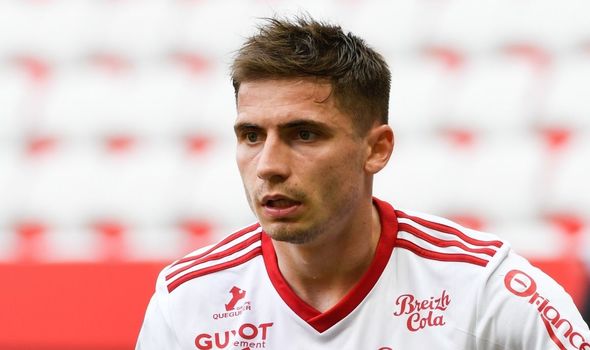 Now there has been renewed hope he could sign a new deal although he is set to decide his future after the European Championships.

Stuart Dallas has also filled in at left-back but a new signing is firmly on the agenda in that position.

Leeds have also been linked with Ajax’s Nicolas Tagliafico. The Argentine has previously been targeted by Chelsea and Arsenal and could be available for just £12m this summer.