RB Leipzig centre back Dayot Upamecano has issued a defiant update regarding his future amid interest from both Arsenal and Tottenham.

Upamecano has caught the eye of the north London giants in recent times after starring this season for RB Leipzig, who sit just three points behind Bayern Munich in Bundesliga.

The 21-year-old Frenchman’s contract with Leipzig – who also hold a healthy lead heading into their second leg Champions League last-16 tie with Tottenham – expires in the summer of 2021 and it has led to increased speculation about his future. 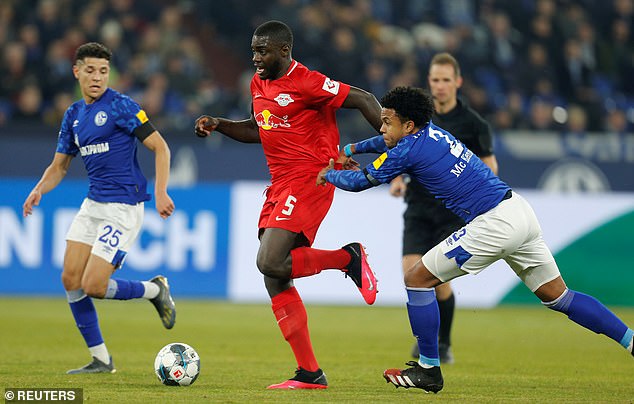 However, Upamecano claims he is still very much enjoying his football with Leipzig despite acknowledging interest from other clubs, which also include the likes of Barcelona and Bayern.

‘I feel very good at RB Leipzig,’ Upamecano said in an interview with Foot Mercato, via Get Football News France.

‘I like my team-mates, the staff and my club. For the moment, I am still under contract until 2021. I am going to have to continue to train well and play matches.

‘Even though I know that there are clubs that want me, that is certain, I am keeping my feet on the ground.

‘We will discuss my future at the end of the season with my agents and my family.’

Upamecano, who has a release clause worth £50million, has featured 27 times for the Bundesliga outfit in all competitions this season and is set to play a huge role during the business end of the campaign. 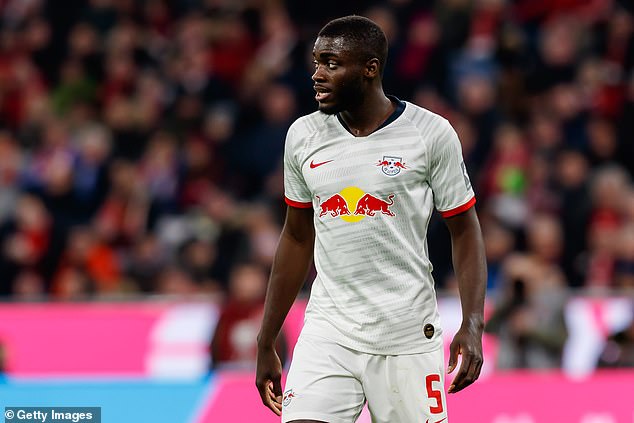 Tags: fu, gives, over, Upamecano, update
You may also like
Latest Posts