Valour FC player William Akio denies his side a certain goal by kicking the ball away in celebration BEFORE it crosses the line, leaving his teammates furious following bizarre moment of madness

A Canadian Premier League clash between Valour FC and HFX Wanderers took a bizarre turn when William Akio denied his own team a certain goal.

Just as Alessandro Riggi appeared to have toe-poked his shot past the goalkeeper and into the open net, his teammate Akio cleared the ball off the line as he ran to celebrate.

With the score level heading into the 17th minute, the hosts broke forward on a counter-attack with a ball over the top of the Wanderers defence finding New Zealand’s Moses Dyer. 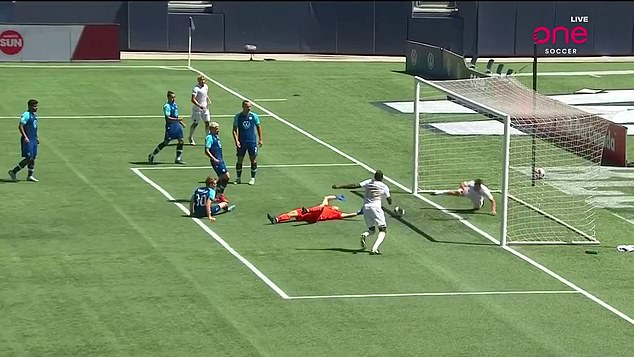 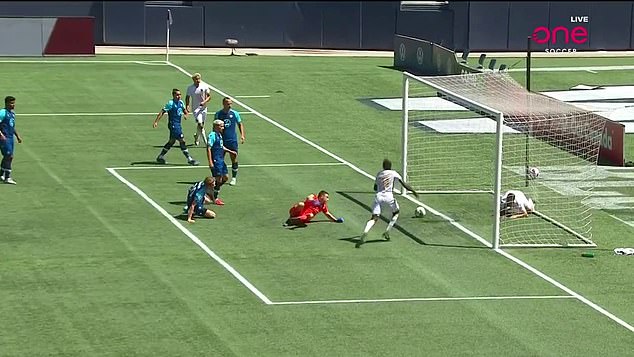 The 25-year-old held up play inside the opposition box before firing a cross into the box and leaving Ricci in a foot race with goalkeeper Christian Oxner who burst off his line.

Ricci got their first to tap his shot past the onrushing keeper who clattered into the attacker, but drama ensued just as the ball began to dribble over the goal line.

The would-be goalscorer began to get to his feet thinking he had scored before his teammate’s intervention saw the ball scooped off the line and out of the box before going out of play for a throw-in.

Confusion erupted on pitch with Valour FC players claiming the ball had crossed the line while the opposition attempted to play on as the bemused referee attempted to get his head around what had just happened. 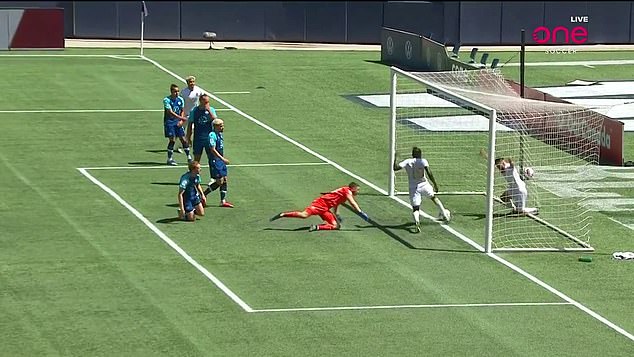 Commentators were left stunned and provided one logical explanation that Akio had tried to make sure the ball made it over the line but instead managed to produce a goal line clearance to stop his side going in front.

Akio received a blasting from his teammates who were justifiably incensed by his actions with the winger then later substituted in the match.

The attacker was spared long-lasting embarrassment as Dyer scored an 84th minute winner.