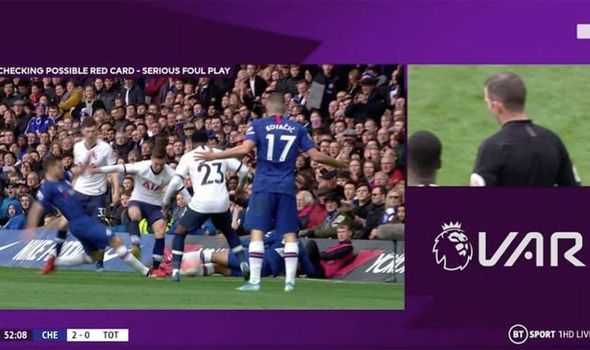 Stockley Park chiefs have incredibly held their hands up and admitted they were wrong not to send of Giovani Lo Celso. The Tottenham man appeared to stamp on Cesar Azpilicueta as they battled for the ball on the touchline, but VAR was happy for the challenge to go unpunished and play to continue.

It comes a huge surprise, as replays showed that the Argentine clearly planted his studs into the upper shin of the Chelsea captain.

Michael Oliver did not see the incident which was therefore reviewed at Stockley Park.

But after seemingly watching it back over ten times, Oliver was told by his colleagues that there was nothing wrong with the challenge.

Frank Lampard and the home crowd, were rightly incensed. 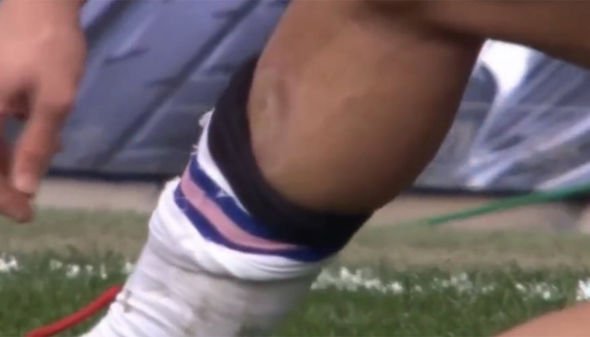 Now according to Jake Humphrey, BT Sport have been informed by Stockley Park that they made a mistake.

He tweeted: “BREAKING: We have been speaking to Stockley Park who have admitted they got the decision wrong and Lo Celso should have been sent off… @btsport”

Mark Chapman then added to that, claiming that those at Stockley Park want to reiterate it was a human being making the decision.

They also add that upon reflection the challenge did tick the boxes of being a red card. 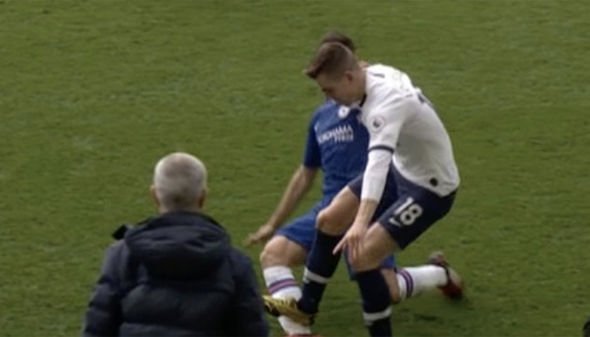 Frank Lampard is not the biggest fan of VAR, after his side were the victim of a number of dubious decisions in the 2-0 defeat to Manchester United on Monday.

Harry Maguire could have been sent off for kicking out at Michy Batshuayi, but the defender got away with the challenge.

They also saw an equaliser from Kurt Zouma ruled out, before Olivier Giroud’s late goal was also chalked off for offside.

Lucky today, it didn’t matter as Chelsea edged their London rivals 2-1 to move back into a commanding position in the race for the top four.