VAR ‘will be introduced in the Championship play-offs this season – with Nottingham Forest, Huddersfield Town and others in contention all keen ahead of £195m promotion final’

The Football League will use VAR for the first time in the Championship with the technology set to be used for this month’s play-offs.

As reported by The Telegraph, all of the Championship clubs battling for promotion via the play-offs have been offered this opportunity and approved the decision.

At present only Nottingham Forest and Huddersfield Town are guaranteed a spot in the play-offs, with Sheffield United, Luton Town, Middlesbrough and Millwall battling it out for the final two spots. 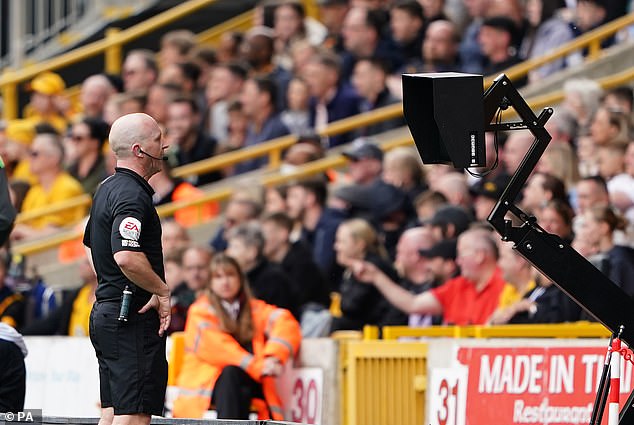 The introduction of VAR will be the first time it has been trialled in England’s second division – with the technology used in the Premier League and in the latter stages of the FA Cup and Carabao Cup.

It was estimated last year that promotion to the Premier League can be worth up to £195million – so a lot is riding in stake.

Many Championship clubs have been frustrated over refereeing decisions throughout the season so it is hoped that VAR will help quell any complaints during the pivotal part of the post-season.

This is exemplified by Nottingham Forest’s frustrations during Tuesday night’s 1-0 defeat at Bournemouth – which confirmed the Cherries’ promotion at their expense.

The home side had a massive let off three minutes before half-time when goalkeeper Mark Travers brought down Sam Surridge inside the 18-yard box, but Travers was saved by the assistant referee’s offside flag, while TV replays showed Surridge had timed his run to perfection.

And speaking post-match, Forest manager Steve Cooper revealed that officials admitted to him that they got the decision to wrong. 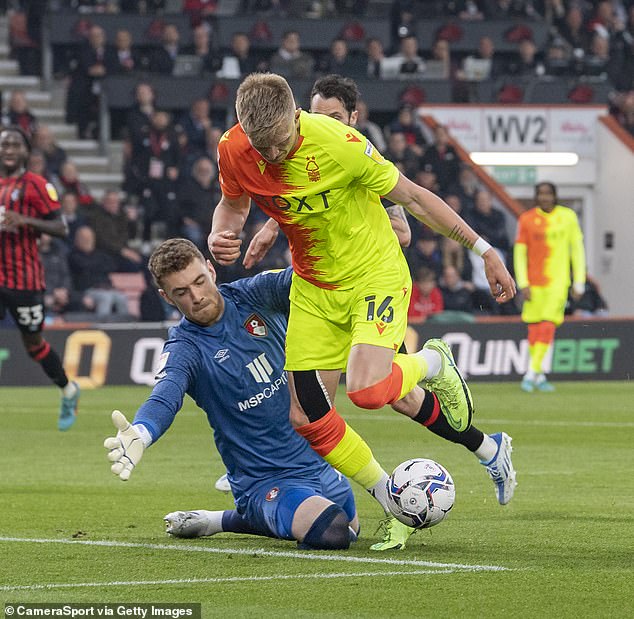 ‘I think we were the better team in the first half but just didn’t take our chances, more due to bad luck,’ he said.

‘It was a big decision from the referee and linesman for the Surridge offside and they have just pulled me into the office to apologise.

‘They have held their hands up but we know decisions haven’t really been with us this year.

‘It hurts but we have to get over it now and get ready for the play-offs.

‘Congratulations to Bournemouth as they get ready for the Premier League and hopefully we can join them.’ 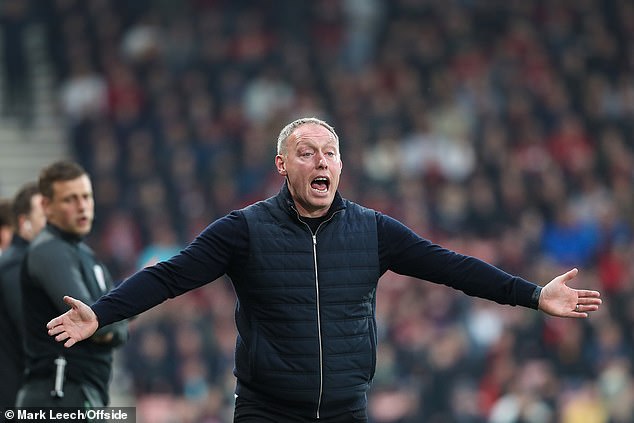