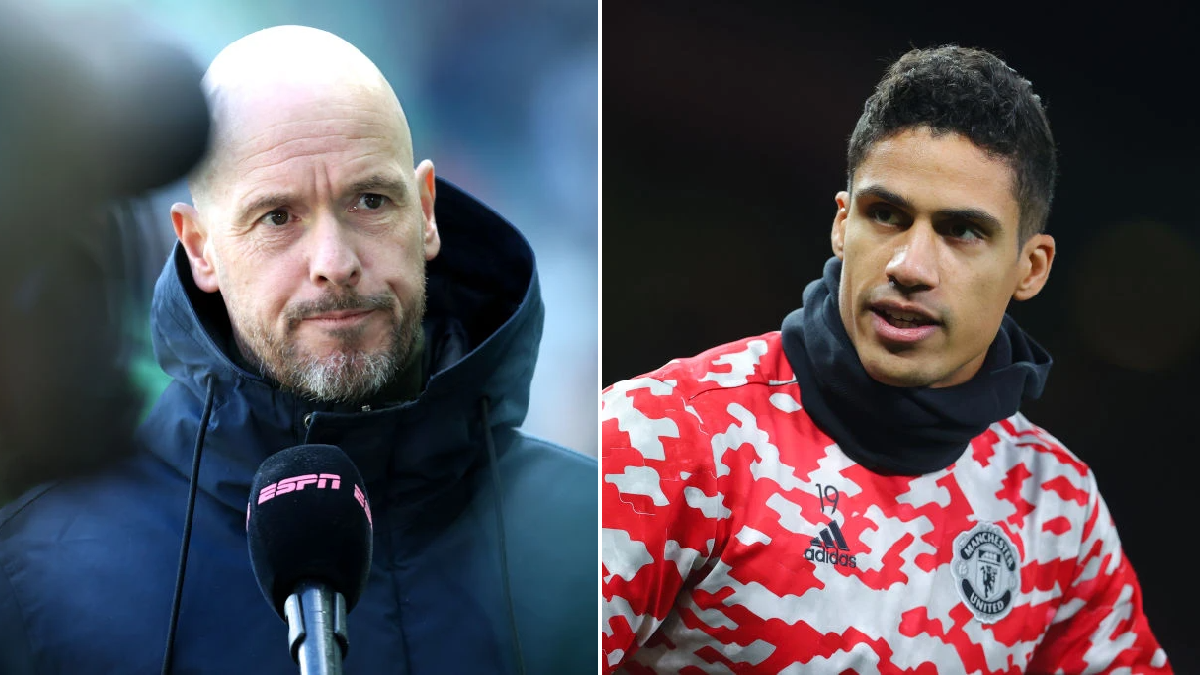 Ten Hag has agreed to take over from Ralf Rangnick at the end of the season, signing a three-year deal at Old Trafford.

Varane, who joined United last summer from Real Madrid, says he is ‘very excited’ to work with the Dutchman, having been impressed by his Ajax side who are on the verge of winning a third Eredivisie title.

‘I played against them in the Champions League and they played very well. I’m very excited to work with him,’ Varane said.

‘I’m looking forward to work with him. I think he has good experience and he’s a good person to work in this club.’

Ten Hag has a big job on his hands at Old Trafford, with United going five successive seasons without silverware and failing to qualify for next season’s Champions League.

Varane has been part of a leaky Manchester United defence this season – the team have kept just 10 clean sheets in 47 games – but the France international expects to see improvements next season.

‘I think we can improve. I think we have good players and we have to defend together closer,’ the 29-year-old said.

‘We can be more in control during games. Sometimes we’re able to play very well 20-30 minutes and then play bad 10 or 15 minutes. We lost a lot of points like this.

‘I think if we are consistent, we can improve a lot, so I think it’s a collective work we have to do.’

Asked if De Gea had been United’s best player this term, Varane replied: ‘I agree. David is having an amazing season. He helped us a lot. I think he has experience and he’s an amazing goalkeeper.’

While Varane’s first season at Manchester United has not gone to plan, he says it has been an ‘amazing’ experience and insists he wants to ‘fight’ for trophies during the 2022-23 campaign.

The Frenchman said: ‘The experience it’s amazing. The feeling to be a United player is something special. I am very happy to play in the Premier League and it’s a great experience.

‘I’m always positive and I think with a good pre-season, with good work, we can prepare well the next season and be ready to fight for every trophy. That’s the ambition of this club.’