Say cheese! Wales produce ANOTHER unconventional team photo before their Euro 2020 opening draw with Switzerland in Baku – as Gareth Bale and Co continue running joke that started four years ago

Wales produced another unconventional team photo before they drew 1-1 with Switzerland in their opening Euro 2020 match.

Gareth Bale and his team-mates lined up in the front row, leaving just four players standing together at the back in an offset position.

This not the first time Wales have played around with their pre-match photo, having lined up in an equally bizarre style ahead of their 2-0 World Cup qualifier win against Moldova in 2017. 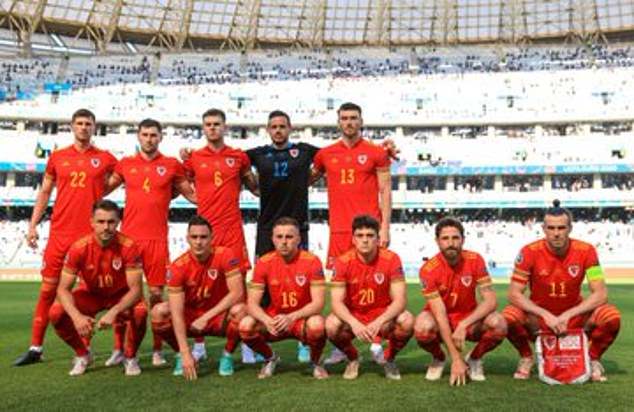 Deliberately creating an unconventional pre-game photos has now become something of a ritual with Wales, who started standing in strange formations for their team pictures back in 2017.

There have been varying levels of positioning, with one of more random ones featuring three players in the back row and the other eight players crouched at the front. 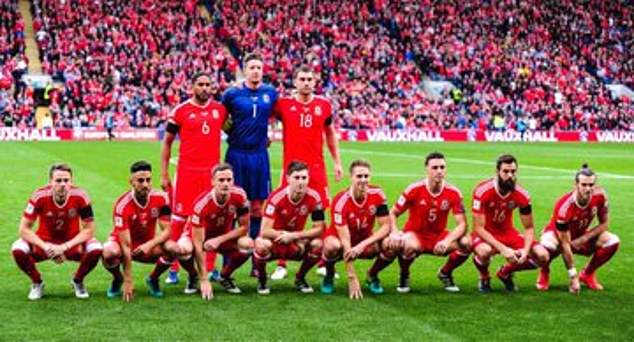 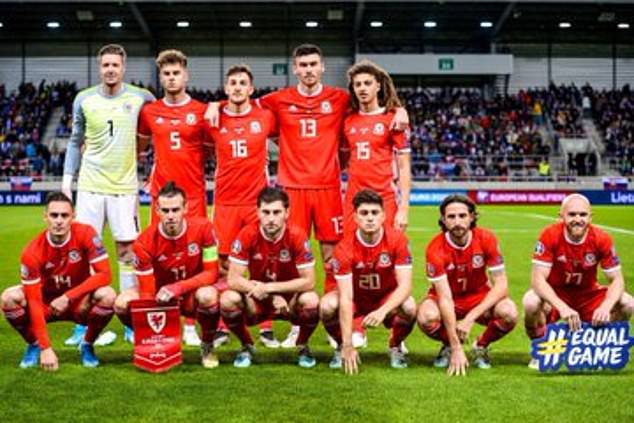 They have also previously left an unusual gap in the back row – like they did on Saturday – doing it ahead of one of their games back in 2017 and once had four players standing, two half-crouching while the rest of the players were on their haunches.

Speaking about the unconventional team photos, Joe Ledley told Wales Online in 2017 that the tradition started because of how bad they were at pictures.

‘We were just not very good at them,’ he said. ‘At first we didn’t look into it but then gradually a few photos got together and it was awful, so we just thought we may as well keep it the same. 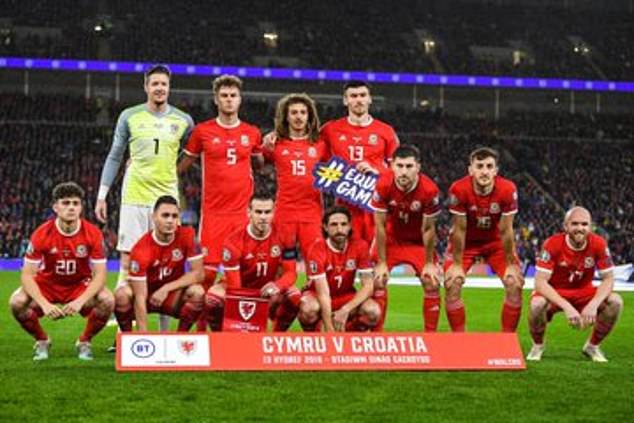 However, it started because Wales were bad at taking photos and has now developed

‘It’s been lucky for us too. It’s not really superstitious but I don’t think we will have a proper photo.’

If Wales believe in superstitions, then this one will likely continue as they managed to scrape a point against Switzerland on Saturday thanks to a bit of luck and VAR after their unconventional pre-match photo.

Switzerland were the dominant side but were forced to settle for a point after Breel Embolo’s opener was cut out by a Kieffer Moore header before Mario Gavranovic’s late winner was ruled out for offside by VAR.

Tags: another, produce, unconven, Wales
You may also like
Latest Posts