The Atletico Madrid right-back was left with his ankle pointing in the wrong direction following a firm challenge from Venezuela’s Darwin Machis.

Machis was left in tears following the incident in just the eighth minute as he pointed back at the opposition player who had collapsed to the ground in agony. 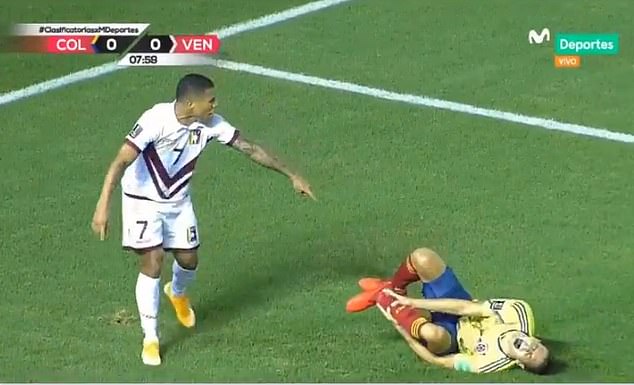 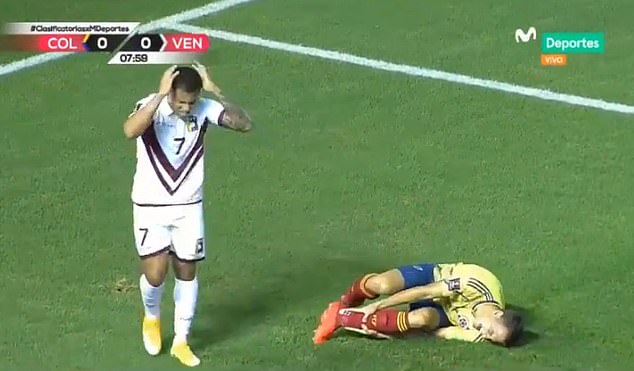 Arias, on loan at Bayer Leverkusen, could only clutch his stricken leg as he held it up in the air before team-mates, including Everton star James Rodriguez, arrived on the scene in shock at the severity of the injury.

The 28-year-old remained on the pitch for six minutes to receive treatment before he was eventually carried off the pitch by the Colombian medical team.

Machis was sent off for the tackle, but it was later overturned by VAR.

Despite the early setback, Colombia went on to record a routine 3-0 victory in Barranquilla. 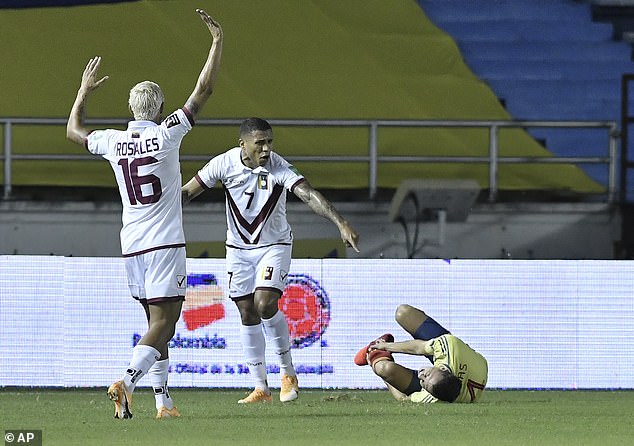 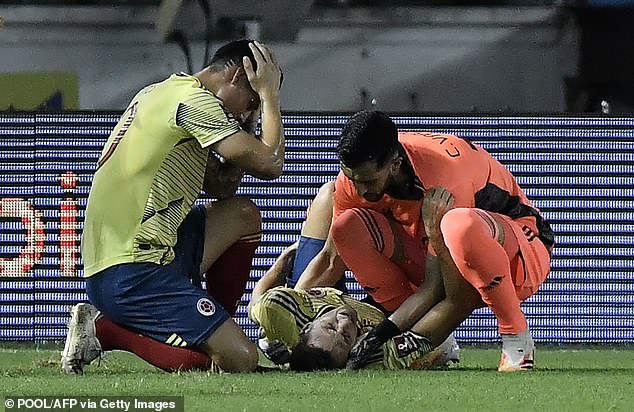 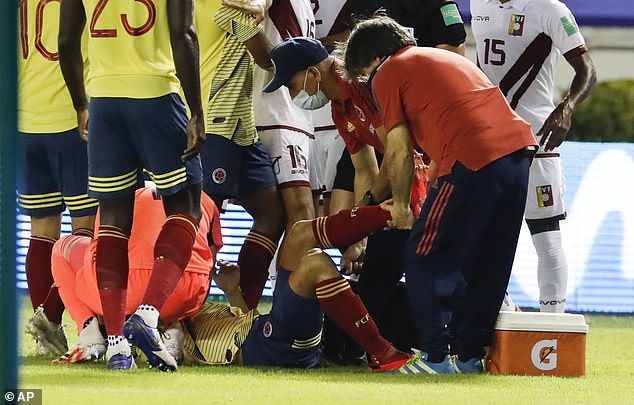 Duvan Zapata put the home side 1-0 up after 16 minutes when he slid in and finished off a delicious low cross from Juan Cuadrado.

His Atalanta team-mate Luis Muriel made it two nine minutes later when he scored with a first-time shot from 10 meters out.

Muriel then got Colombia’s third just seconds before the half time whistle, when he completed a rapid counterattack.

Colombia took their foot off the pedal in the second-half minutes but Venezuela could make no impact and neither side could add to the scoreline in a calmer second 45 minutes. 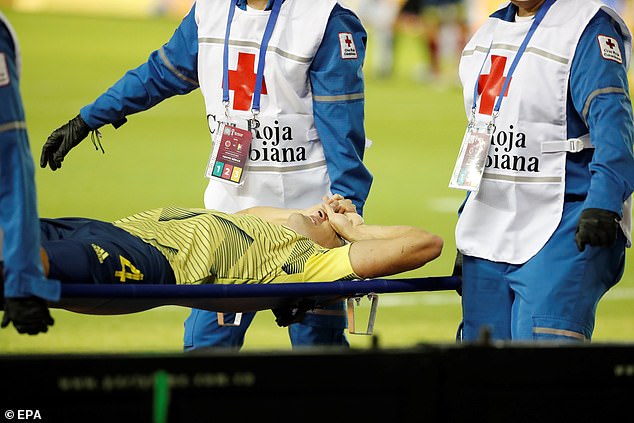