After another rollercoaster week in the fortunes of Derby County, Wayne Rooney is desperately waiting for the green light from the administrators that new owners can come in and take over.

The immediate benefit could see free agents boost numbers in their shallow squad but Rooney knows Derby require radical surgery, with playing resources having been decimated over the last 12 months.

‘We need owners to come in and help us move forward,’ he said. ‘We have a plan. In the summer between the first team and the Under 23s, we need about 40 players. That is a big task. 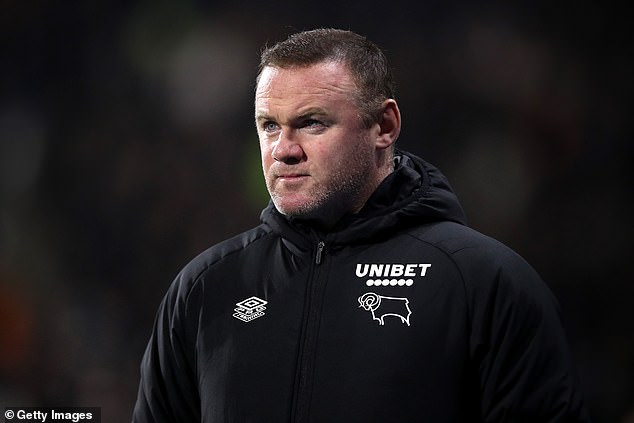 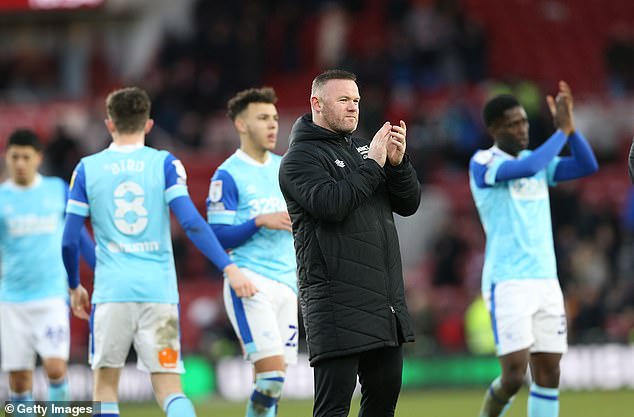 ‘You can get yourself ready as much as you can but this is where you need owners who can say, “You can do this, you can do that”. Otherwise you plan blind.

Rooney’s Derby were beaten 4-1 at the Riverside but he now has a week to galvanise his players before they face Peterborough, the team immediately above them, on Saturday.

‘This was a bad result but you have ups and downs in this league,’ he added. ‘We have a huge game coming up and we have to be at 100 per cent every game to give ourselves the best chance.’ 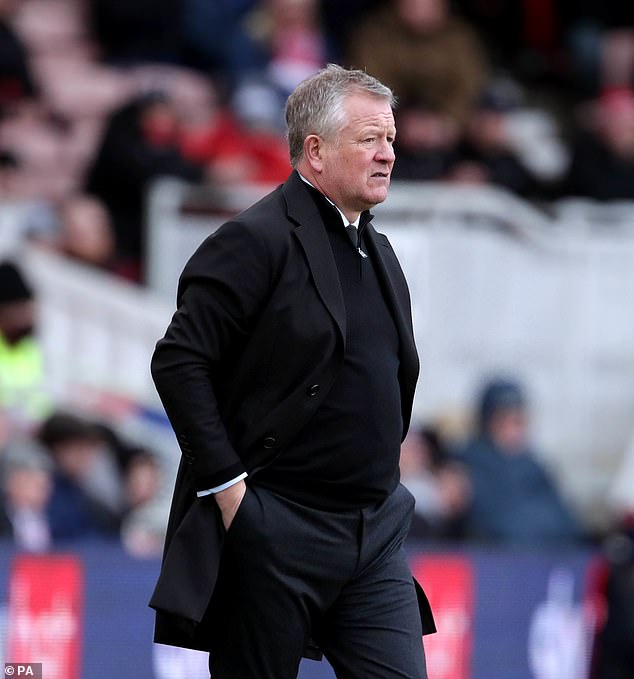 It has been a baptism of fire for Rooney but Boro manager Chris Wilder likes what he sees. ‘It makes me chuckle when former England players finish and think, “I’ll go and do my badges and then I’ll manage”,’ he said. ‘It’s not as easy as that. Some have a natural ability for it and others haven’t got a clue.

‘Wayne has got a natural leadership ability. You don’t get the results they have if you don’t lead and fight from the front.’