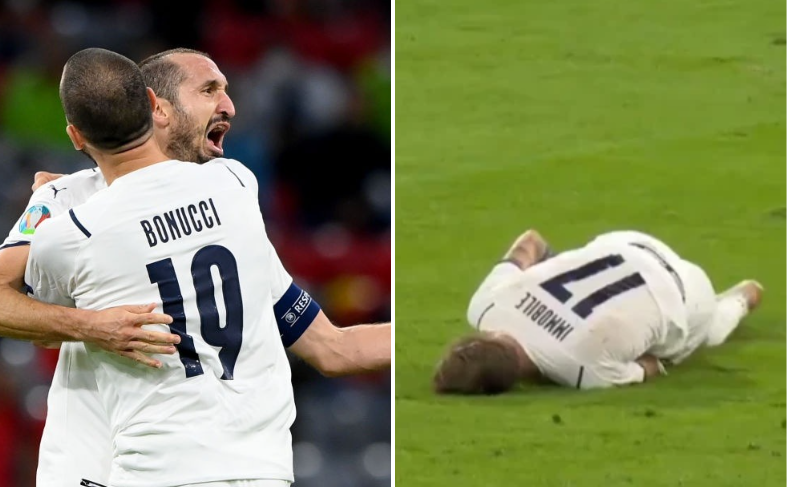 Wayne Rooney believes it is imperative England avoid allowing Italy to dictate the tempo of Sunday’s Euro 2020 final, if they are to emerge victorious and end 55 years of hurt at Wembley.

Gareth Southgate’s side have overcome all sorts of obstacles en route to a first major tournament final since 1966, but a street-wise Italian side, unbeaten in 33 games, represents by some distance their toughest opposition so far.

The Azzurri, managed by former Manchester City boss Roberto Mancini, will rely of the experience of Leonardo Bonucci and Giorginio Chiellini in defence in a bid to nullify the likes of Harry Kane, while they possess a midfield laden with technical ability and boundless energy.

England will also have to be wary of some of the dark arts which came to the fore during Italy’s win over Belgium, after which Alan Shearer blasted striker Ciro Immobile for clearly faking an injury in the build-up to Italy’s first goal.

‘I think we’re favourites,’ former England skipper Rooney told The Times, before issuing a warning to Southgate’s troops. ‘Quality wise England have enough and mentally you can see the players are in a good place.

‘My one warning would be that we can’t get caught up in how Italy play, the way they’ll try and slow the game down.

‘If I were Gareth I’d be telling England’s players to get the ball down and play quick, keep the tempo high, keep the Italians working, tire them out.

‘In 2014, Uruguay were able to break up the game and suck us in to playing the way they wanted — but this England team is more streetwise.

‘Leonardo Bonucci and Giorgio Chiellini are great players — but not the quickest. I’m sure Gareth and Steve Holland will be looking at Alvaro Morata’s goal for Spain in Italy’s semi-final.

‘It showed that if you can get bodies around those two great centre backs, making sharp movements in behind them, they’re not comfortable.

‘If England can get Raheem making his inside runs, and Harry and other quick players moving down their sides, Chiellini and Bonucci won’t enjoy it one bit.’