Ronaldo has asked to leave Old Trafford, but boss Erik ten Hag insists that the Portuguese superstar remains in his plans for the new season.

Chelsea, Bayern Munich and Atletico Madrid have all turned down the chance to sign Ronaldo, who could feature in United’s opening Premier League fixture against Brighton this afternoon. 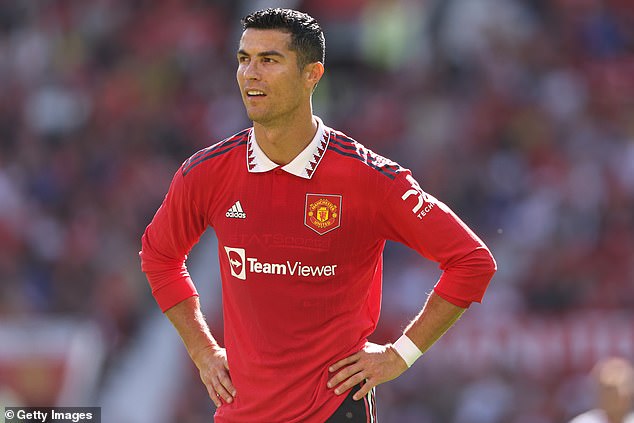 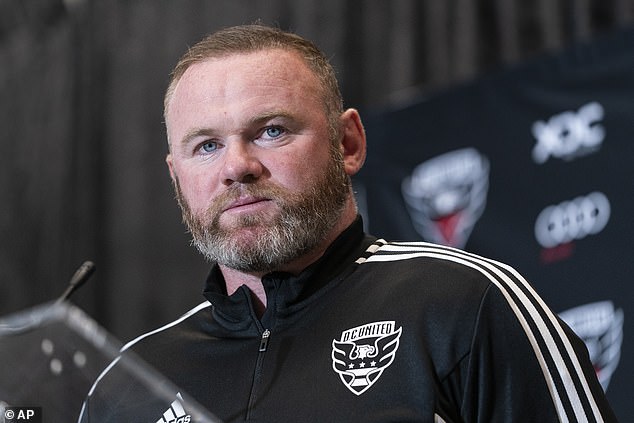 Current DC United manager Rooney, who spent five seasons playing alongside Ronaldo during the 37-year-old’s first spell at Old Trafford, believes that the Red Devils should look to the future with a younger alternative upfront.

‘I think United should let Cristiano Ronaldo go,’ Rooney wrote in The Times. ‘It’s not that Ronaldo can’t play in a Ten Hag team. He can play in any team. Ronny will always score you goals.

‘But my personal view is that United aren’t ready to challenge for the title now, so the aim has to be to build a team that can win the league in the next three to four years, and you have to plan for that.

‘If the reports are true that Cristiano wants to leave the club, then United should allow him to go and get a No 9 in who is going to be there for the next three or four years and really help them build a team that can be successful. Ten Hag has to be given time to do it.’ 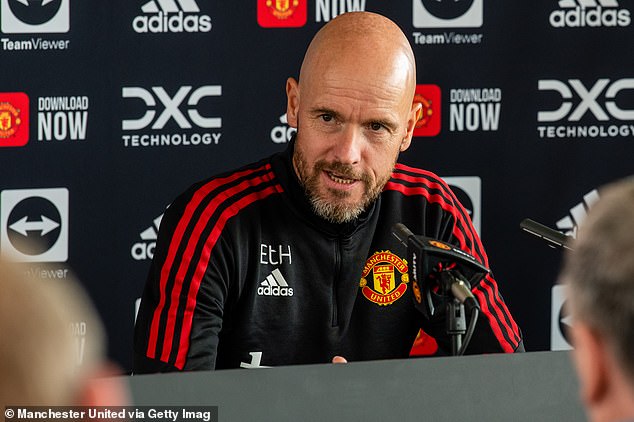 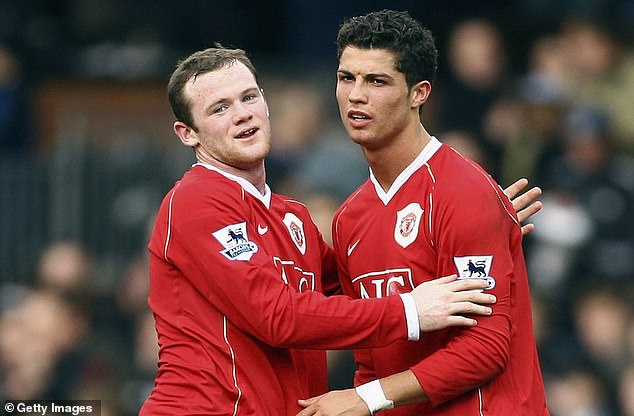 Red Salzburg striker Benjamin Sesko, 19, is one name who has been linked with a move to Old Trafford as talks continue between United chiefs and Ronaldo’s agent Jorge Mendes.

The Portuguese international missed the majority of the club’s pre-season after being given compassionate leave for a family issue, but did play the first half of their final friendly against Rayo Vallecano last weekend.

However, he and many other players left Old Trafford 10 minutes before full-time, which Ten Hag branded ‘unacceptable’.

Ronaldo has declared himself fit to start against Brighton this afternoon, after his manager said ‘we will see’ when asked if the forward would feature in the team’s season opener.