They cannot score, they cannot defend, they have players wanting out and they reek of complacency. 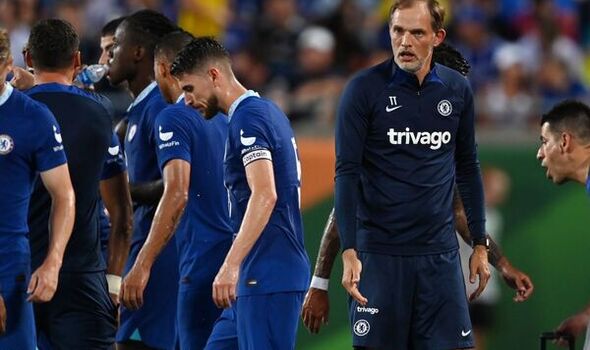 Thomas Tuchel pulled no punches in his damning assessment of his team after they were crushed 4-0 in Orlando by an Arsenal team preparing for the new season over an identical amount of time.

“There’s a difference between being tired and playing like this,” said the Blues head coach. “We were beaten by a team that will not play in the Champions League next season. A team that is behind us – yet it seems, at the moment, far ahead of us.

“We deserved to lose because we were simply not good enough. We were not competitive. The worrying part is the level of commitment, physically and mentally. It was far higher for Arsenal than us.”

Impressive new defender Kalidou Koulibaly, “the best player on the pitch for us,” according to Tuchel, did indeed look the real deal during his 13-minute debut, suggesting the defending should sort itself out.

However, this was an education for new owners Todd Boehly and Hansjorg Wyss. A warning that for all the bits around the edges – the revenues, the stadium plans, the brand and the commercial partnerships – the area that matters most is the team.

So far Boehly has been beaten to the punch by the more experienced operators at Barcelona for Raphinha and Robert Lewandowski. 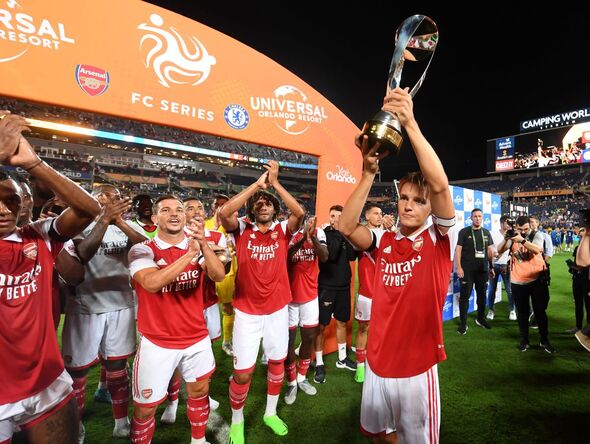 He has failed to tempt Nathan Ake away from Manchester City and is struggling to see off Barca for Sevilla defender Jules Kounde. Saturday night’s fever is the result. Chelsea looked a half-baked, work in progress, whose belief in their own publicity left them dismantled by an Arsenal team coached, primed and ready for the new season.

That is just the players who actually want to be there. Cesar Azpilicueta, Marcos Alonso and Hakim Ziyech want out, while Timo Werner and Christian Pulisic want more regular game time.

Chelsea need to move faster to sort out their outgoings. It is not turning out to be as easy as Boehly may have thought. To his credit, Tuchel refused to cling to excuses around the heat, the humidity and the travel. He was right not to. This is about investment.

City have Erling Haaland and Julian Alvarez. Riyad Mahrez hit 24 in all competitions for them last season. Tottenham have Heung-Min Son and Harry Kane, both of whom have been red hot in pre-season.

Chelsea could have played all night on Saturday and not scored. Tuchel admitted his concern. “We will hopefully see development, but at the moment, we have the same issues because we have the same players,” he said.

With Lewandowski gone and precious few striker choices in the market, do not be surprised if Ronaldo’s name resurfaces, as Boehly would prefer.

Either that or keep hold of rookie Armando Broja because Michy Batshuayi is still not good enough for the Premier League, let alone Chelsea.

In a top-four race of fine margins, you would not even back this Chelsea to beat struggling Everton on the opening weekend.

Tuchel added: “I don’t know if I ever lost a match in preseason 4-0. I cannot remember not winning two matches in a row in a pre-season.

“I am a huge fan of a strong pre-season for everything: the atmosphere, the feeling, the performance, the belief. I absolutely do not believe that a bad pre-season means a good season. That makes no sense.

“It’s not a moment to destroy my group – this is an honest analysis of the game.”