‘We don’t want them to win the title’: Paul Pogba admits rivals Liverpool have one hand on the Premier League trophy and says the Reds are ‘way ahead of everyone else’

Paul Pogba believes Liverpool ‘deserve to be where they are today’ as the Reds close in on the Premier League title.

The Manchester United midfielder, who has played just twice since September due to a series of ankle problems, was speaking to ESPN about the fantastic form of Jurgen Klopp’s side this season.

Liverpool won again on Monday night, coming from behind to beat West Ham 3-2 at Anfield, and Pogba admitted United’s great rivals were ‘way ahead of everyone else’. 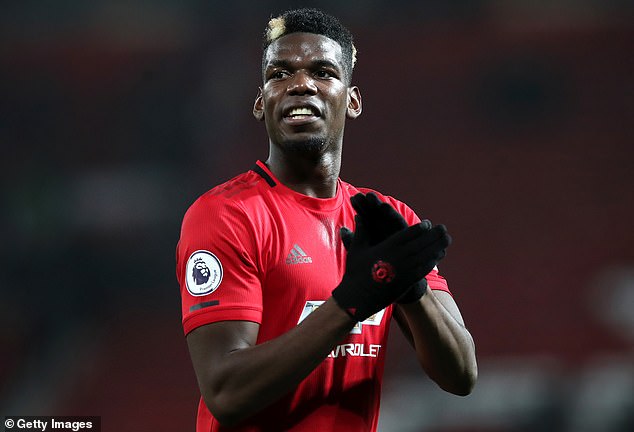 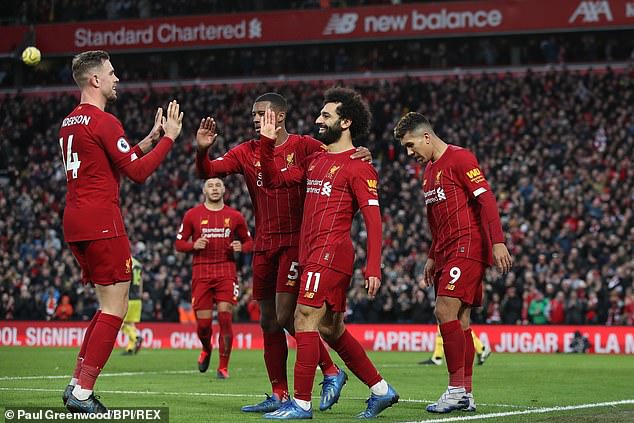 ‘They have not lost a single game yet this season in the league. They already have one hand on the Premier League trophy,’ Pogba said.

‘As a Manchester United player and with the rivalry between us, we don’t want them to win the title. 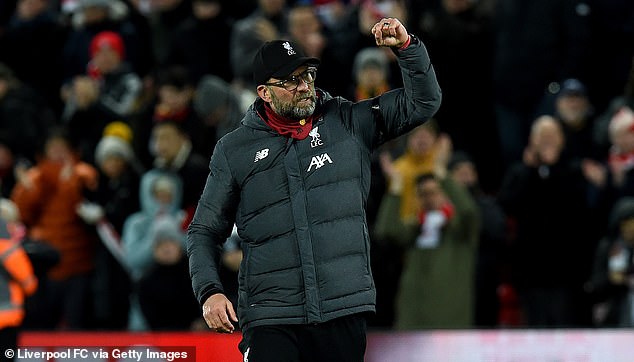 ‘We don’t want anyone else to win apart from us, but as a football lover and a respectful player to opposition team, I have to say that they deserve to be where they are today.

‘They have been even better than last season when they won the Champions League and the season before when they [lost the final to Real Madrid].’

The Reds are currently 22 points clear at the top of the Premier League, having just dropped two points all season.

United were that team who held up Liverpool at Old Trafford in October, but since then the leaders have beaten everything in their path.

Pogba, meanwhile, was revealed to not be ‘anywhere near’ training with the first-team, by manager Ole Gunnar Solskjaer last week.

The French World Cup winner has played just seven Premier League games this season, and is yet to score.

Tags: don&apos;t, them, want, We
You may also like
Latest Posts